In a large pot, bring 6-8 cups of water to a boil over high heat, add a tablespoon of salt. Reduce heat to a simmer. Peel 8 to 12 cabbage leaves off a Savoy cabbage, add the leaves to the pot. Drain. Gently remove each cabbage leaf, cut out the hard rib in each leaf. Set aside.

In a large skillet, heat Ghee or olive oil over medium-high heat, add the chopped onion, saute until light golden brown. Then, add the ground beef, salt and pepper to taste and brown until done. Set aside.

In a medium size pot combine the rice and add enough water to cover the rice by an inch over the rice line. Add a teaspoon of salt, a tablespoon of oil, and bring to a boil over medium-high heat. Then reduce the heat and cover with the top a little ajar to let the steam out. Cook until the water is fully absorbed. Set aside.

In a large mixing bowl, combine the meat mixture, rice, chopped herbs, turmeric, barberries and salt & pepper. In a large pan, saute the sliced onion in ghee or olive oil until translucent, add tomato sauce and saute for a couple of minutes until it’s no longer raw, add salt and pepper to taste and liquid saffron.

Add 2 cups of water and bring to a gentle simmer, cook until sauce is thickened.

In the meantime, place a small scoop of the mixture into the center of each cabbage leaf, fold in the bottom, sides and the top of the leaf to complete the wrap. Tuck each cabbage in like a burrito.

Arrange the stuffed cabbage with the seam down, next to one another in the pan with the tomato sauce. Then, cover and cook on medium-low heat for 45 minutes.

Serve with pita bread and Greek yogurt and enjoy! 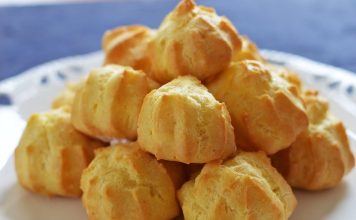 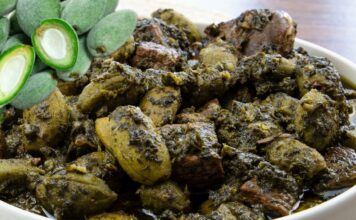 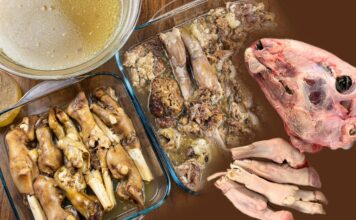 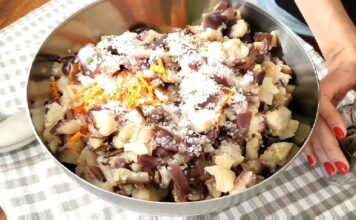 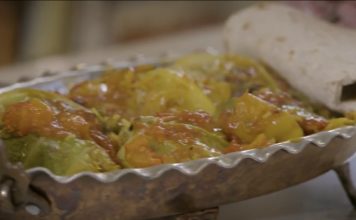 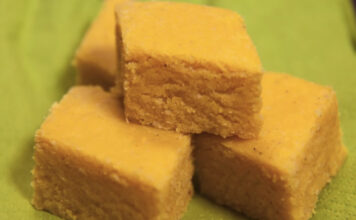 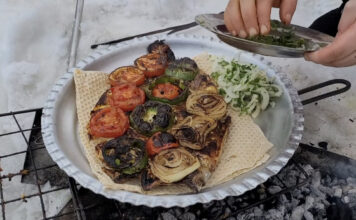 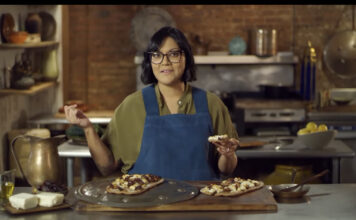 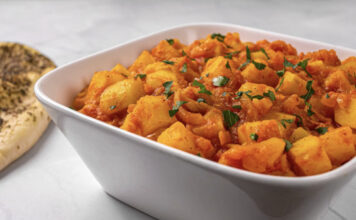 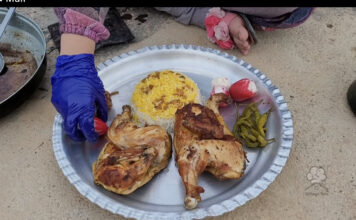