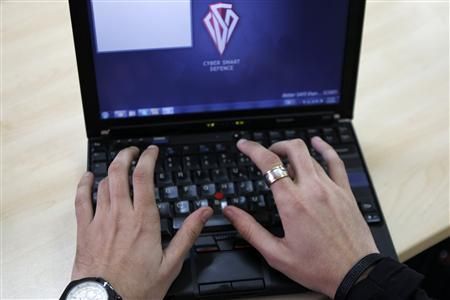 Oct 1 (Reuters) – America’s top law enforcement agents and spies are teaming up under one roof as part of a new federal strategy to fight foreign hackers, senior FBI officials said in an interview.

The FBI believes the effort will improve targeting and prosecution of hackers who attack American organizations, even as many continue to escape capture abroad.

The decision comes after a year in which the United States’ Internet Crime Complaint Center said it received a total of 467,361 complaints, resulting in more than $3.5 billion in losses to individuals and businesses.

Among the biggest changes, the strategy will elevate leadership status of a government office based in Chantilly, Virginia. The National Cyber Investigative Joint Task Force, or NCI-JTF, will serve as a nerve center for the federal government’s efforts to monitor and counter hacks.

The task force is home to specialists from more than 30 federal agencies, including the Central Intelligence Agency, National Security Agency, and Secret Service.

Gorham said the goal was to combine “everyone’s tools and authorities” for better results.

Another change involves focus on “mission centers” with separate cyber divisions within the FBI aimed at Russia, China, and Iran, viewed as the greatest threats in cyberspace.

“We recognize that for too long some of our primary foreign adversaries have felt they can compromise U.S. networks, steal intellectual property, hold our critical infrastructure at risk, and really not face any risk themselves,” said Tonya Ugoretz, deputy assistant director for the FBI’s cyber division.

The strategy brings the FBI closer to the U.S. intelligence community than before in the battle against cyber spies and criminals. “What you’re going to see is a sustained effort to bring all the tools at our disposal, whether they be indictments, or sanctions, or other activities,” Gorham said.

But some national security policy experts believe the expanded partnership could lead to internal conflict. They say intelligence and law enforcement agencies sometimes have different goals that could conflict with one another.

“It’s inevitable that those different equities create tensions in priorities,” said Michael Daniel, a former senior U.S. official and the current president of the Cyber Threat Alliance. “Still, it’s worth it to go down this road, because we need to understand the criminal ecosystem much better.”