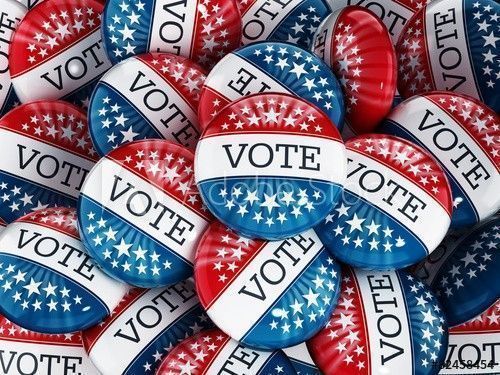 I always voted. I felt it a duty to the thousands of women before me who fought and died for me to have this right.  No one is given the right to vote, it is bought with blood.

One Sunday, in the area assigned to me, a significant number of Iranian-American families resided.  Now, I do not speak Farsi, except a very few phrases I’ve picked up when I worked on the book.  However, I do consider myself quite fluent in Iranian and by that, I mean I knew I was, when I was at an Iranian home.

The door would be pulled open with a “put-together” smile to welcome me.  Smells of homemade soups and dishes greeted me soon after. I was constantly asked in for tea. One lovely women would not let me leave until I took some fruit saying, “Your mouth is dry and this is good for your skin.”  From each doorway, I could not help but notice the ornate decor, impeccable cleanliness and splashes of color in every Iranian home.

More than once, I called Reza from my cell phone to translate for me.  “Ask them if they are registered to vote. Do they want to vote by mail?  Do they know where the polling place is?” As always endlessly patient with me, Reza stepped away from his wrestling tournament and helped me ensure each citizen in front of me could vote.

My two favorite experiences involved lovely elderly Iranian-Americans.  The first woman took great effort with her walker to come to the door and waved for me to come inside.  We are trained to never go inside, but how could I say no? Of course, the next step is the tea kettle on her stove which I used to pour us both a cup.  I called Reza to translate and learned she’d been “waiting for months” for someone to come and help her vote.

Together, we filled out her vote by mail application and Reza explained to her how to vote when the application came.  She assured us her niece would come to help her since her niece is a student at the University. As I left, she worked very hard to steady herself so she could take both my hands and look firmly into my eyes, “Merci Merci Merci” she repeated as tears welled for both of us.

The second experience involved and elderly Iranian couple.  In his broken English, he told me his wife will vote by mail.

I thanked him and said he inspired me.  “I wish all people showed me this much pride and determination in casting a vote,” I said to him clutching my clipboard list of the hundreds of households of those who haven’t even bothered to register.

From my research and interviews, I have a cursory understanding of what this generation of Iranian-Americans endured and deeply respect their commitment to the value of a vote. I am thankful and proud to vote alongside them. I also am reminded of a Blog post from July 2018.

In Shabnam Assadollahi’s Blog “My Terrifying Story as a Teenager in Evin Prison” she recounts, “I was in my early teens when Khomeini came into power by hijacking the people’s revolution. Overnight, all women, including elementary school girls, were forced to cover their bodies from head to toe and were ordered to only wear dark colors.”

Assadollahi chose to speak her mind.  It isn’t clear how deeply politically active she was against the regime, and perhaps for her own safety she chose to omit such details, but what is clear that she became involved in actions against the government.  “It was at this time that I had an awakening and started my activism.”  And for her actions, she was arrested and taken to the notorious Evin Prison.  “The terror I experienced may be unfathomable to the Western imagination, but this was to be my reality for the next 18 months.”

Her life changing decision speaks loudly to the commitment millions of people have made and sacrificed for the most basics of rights, including the right to vote.

Does it take bloodshed to value a vote?  Do we have to endure the pain of a dictator to fight for democracy?  Are we condemned to not learn from the lessons of history but to repeat them?

Again, I point to our utterly inexcusable void of literature and conversation in the American school system which authentically studies the lessons from the 1979 Revolution.  Lessons we may be currently learning in real time.

I was truly humbled by my opportunity to ensure an Iranian-American community in my little neighborhood is prepared and connected to vote.

Rather than fear and demonize our immigrant American citizens, we must reach out and connect with them, for we “born here” Americans have much to learn.