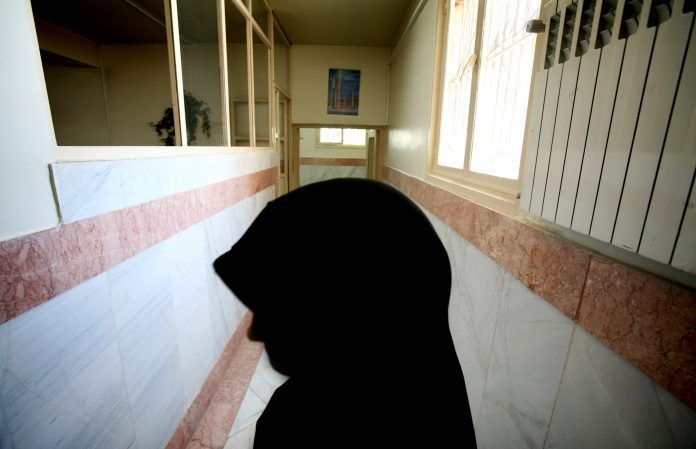 The memories of my imprisonment still haunt me. And, the regime’s threats still follow me today in Canada. It was reported that the highest commander of the Iranian Revolutionary Guards (IRGC) stated the Corps plan to assassin all dissidents living abroad. That means I am on their hit list.

I was in my early teens when Khomeini came into power by hijacking the people’s revolution. Overnight, all women, including elementary school girls, were forced to cover their bodies from head to toe and were ordered to only wear dark colors.

We were no longer allowed to attend school with the opposite sex. Our once-praised school curriculum was now replaced by forced Arabic language, and Islamic studies, which most of us disliked.

It was at this time that I had an awakening and started my activism. I was robbed of my teen years by a radical regime that sought to force its values on the masses by devastating force.

My childhood memories were replaced by a reality created by a regime where women were now treated as second class citizens, and even the most mundane detail of our lives was strictly controlled by the regime’s Revolutionary Guards Forces and morality police.

Like most teenagers in high school, I spoke my mind about the changes that were happening in my country. In a modern society, teenagers attend school, openly spend time with friends, listen to their favorite music and do all the things that teenagers do.

In going about their lives, they do not have to worry about political and religious consequences of engaging in normal everyday activities enforced by their government. They do not have to live in fear of expressing their opinion, no matter how unpopular that opinion.

What we no longer had and would never have again under the Islamic Republic, was freedom of speech. Those who did speak up put themselves and their families in grave danger or simply disappeared behind the walls of the notorious Evin prison in Tehran. At that time, even 12-year-old children faced the firing squad for political dissidence.

Imagine for a moment a mother living a quiet, uneventful life with her children in the safety of her own home. Imagine the horror of that same woman when in the early hours of the morning she comes face-to-face with the notorious Revolutionary Guards.

Unannounced, they force their way into her home and arrest her 16-year-old daughter. The young girl, her only daughter and the eldest of her three children, is taken to the feared Evin prison, where the mother knows her child will be interrogated and tortured. She also knows that many mothers whose children were taken to Evin never see their children again.

That child was me.

I was arrested by five very large, heavy-set guards. I remember distinctly four vehicles that came to our house to take me away, a 16 year-old girl who barely weighed 90 pounds. The terror I experienced may be unfathomable to the Western imagination, but this was to be my reality for the next 18 months.

In my young mind full of trust, I did not think that a simple conversation — having an opinion and simply expressing it — would put my life in danger. As a teenager, I never considered the possibility of being tortured and that I would be reminded of this torture every time I would look in the mirror and see the scar on my face, a result of being beaten with a very heavy piece of iron while being interrogated.

As a teenager, I did not consider that my life would be forever changed.

My interrogator was a man known simply as the “rapist of Evin.” I never saw his face as we were always blindfolded. Both the guards and interrogators were very protective of their identity as if they knew that someday they might be the hunted like the Nazis. This gave me a clue that they knew well what they were doing was wrong — or that they simply could not look into the face of a child when they tortured him or her.

As time went by, I realized that my interrogator had taken pity on me and decided to leave me outside the torture chambers from 8 a.m. to 3 p.m. every day, blindfolded, cold and hungry, instead of physically torturing me. Sitting outside, I was forced to listen to the interrogators reciting passages from the Koran, which they used to gain strength to flog political prisoners with thick factory cables. There, I also listened to screams of prisoners as they were brutally tortured by the barbarian Islamic regime’s interrogators.

I can tell you that there is only one experience worse that being tortured: having to listen to others scream and beg, not for their lives but for their death.

There are no words to describe what life in prison was like for a teenager who had never been apart from her parents, even for a one night sleepover at her grandparents. From being a picky eater at home, I was forced to eat the terrible selection in Evin prison, where I found more than a couple times a toenail in the food.

I also had to learn to discern the prisoners who were working as spies, providing information for the regime and prison authorities.

In the end, I was given an 18-month sentence. In reality, according to the law, I should have been hanged for my anti-Islamic and anti-revolutionary views. To this day I have no idea why and how my life was spared. But I do remember making a deal with myself, in that corner of the torture chamber, that if I was set free, I would dedicate my life to fight the Islamic Republic to my very last breath.

I also silently promised each and every one of those who screamed in pain that I would live and bear witness for them. My desire to survive was the only act of resistance in Evin. At night I would count around 60-70 shots ringing out, which meant 60-70 souls had been executed. I could hear the last bullet they would give the victim – the one in the head.

Many of my beautiful cellmates were taken before my eyes. All left bravely and without fear in their eyes and soul. We had all decided that dying proudly was our final act of resistance. We were children, but we wanted to die like high ranking officers, proud and defiant.

When my sentence was over, it was so hard to say goodbye to my cellmates, mothers and grandmothers and all the others who deserved to be free. They would remain locked up while I was  taking breaths of fresh air. It was a sad goodbye.

After I was freed from the clutches of Evin, I decided to find out exactly why I was taken and why so many were killed.

I found out that the occupying regime of Iran demanded absolute compliance with the regime. Torture and death awaited those who dared question it. There was absolutely no room for error by a citizen and there was no forgiveness.

I enrolled in summer school and got my high school diploma. When I was barely 18, we left Iran. My parents were so worried that I could end up back in prison as I continued to rebel against the regime and hated their forced hijab. I was stopped by the morality police a number of times and given a warning for not covering my hair or for walking too fast as a female which was against the Islamic Sharia law in Iran.

We all left Iran legally with passports to Ankara, Turkey where I enrolled in university from 1985-1991. In 1991, we immigrated to Canada.

Even after we left Iran, Iranian authorities came a few times to re-arrest me. They turned my parents’ house upside down looking for anti- regime books and literature.

Twenty years after immigrating to Canada, in 2011, before the closure of the Iranian embassy in Ottawa, regime diplomats invited me to Iran so I could see the changes in the country since I left. They promised that nothing would happen to me if I returned.

I told them that I would never step foot in Iran until their regime is toppled.

Outside of Iran, the occupying Iran regime openly and covertly supports terrorist activities. The Islamic Republic of Iran supports terrorist organizations including Hezbollah and Hamas in the Middle East, and funds and trains Taliban. Those who hold positions of authority in Iran have been found responsible for bombings in Argentina and murders in Germany, to name a few. These are not isolated cases, with growing evidence of Iranian covert and terrorist activities in the Americas. Inspired by North Korea, it has sought to further guarantee its existence by building its nuclear know-how.

The Islamic regime and its followers are trying hard to revive and better market a dictatorship that has brought so much pain and suffering to Iranian people for four decades. I wish that Khomeini never started an Islamic revolution (or devolution) 39 years ago let alone try to revive or reform it today.

The Islamic Republic of Iran enshrined the clergy and brought four decades of pain to an entire society and humanity as a whole. It speaks of moderation, reform and protecting the establishment, yet during the regime’s time in power, has restricted human rights, engaged in mass executions, taken hostages, and stood in defiance of the world.

The reformists who are part of this establishment have blood on their hands. Today, it is time for them and the regime which Khomeini was so instrumental in establishing to go.

I believe that many world organizations and politicians have made the Islamic Republic stronger by refusing to hold it accountable for its dubious activities both inside and outside Iran. The regime has become even more brutal and vicious due to the impunity it has been given for the last 39 years by the international community.

Let’s hope this regime is overthrown soon so that our world is set free from this dangerous contamination. I hope that Iranians can live in a free society and have their deserved human rights which this regime has taken away from them completely. The truth about the Islamic Republic of Iran needs to reach the ears and hearts of the world, for knowledge is the vessel of constructive change.