Mohseni is an Iranian-American actor, writer, and activist. A graduate of New York’s Fashion Institute of Technology and the Maggie Flanigan Studio, Pooya has had a string of lead, supporting and recurring roles in American TV Series (Madam Secretary, Lofty Dreams, Falling Water) and has appeared in several theater productions in the New York City area.

Pooya is also a staunch advocate of transgender rights since as a child growing in Tehran, she was unaware that she was not officially a female. The Iranian government finally declared her a transsexual, which led to a deep depression. At age 18 Pooya made several attempts to commit suicide. Her concerned parents thought the only means of salvation for Pooya was to have her emigrate to the USA and start hormone therapy.

On June 26, 2015, the day the United States Supreme Court ruled that same-sex marriage should be recognized, Pooya announced on her Facebook page that she was trans.

Q: Please tell us about your life as a young boy before coming to the States and what was your family like?

A: I was born in Tehran in January of 1978. I was raised and educated there until 1990, when my mom and I moved to Dubai for one year. We returned to Tehran, where I finished high school in 1996 and then left for England later that year. I have an older brother who was 8 years my senior

My parents were, as I remember it, very unhappy people. I think the Revolution had quashed many of their dreams and had derailed their lives. On top of that, I don’t think they were happy with each other either, so I remember my family as a group of people who occupied the same space together, more out of duty rather than love and joy.

As a transgender person, you come out more than once, at different stages of your life. I didn’t quite come out to my parents. I didn’t have to. My parents, especially my mom, had always known I was different and she had taken me to therapists since I was 3. But, it wasn’t until I was 16, heavily depressed and losing weight that she took me to one of the very few therapists in Iran at the time that had studied human sexuality and sex.

As I spoke to him and told him about my thoughts and dreams and also telling him that I thought I was crazy, his response blew me away. He told me that I was not crazy and what I was going through was known as “gender identity disorder” or gender dysphoria. I was relieved, because I wasn’t crazy and I wasn’t alone. Then he brought my mother in and told her the same thing. Unfortunately, my mother’s response, at the time, was less than supportive. My parents were dumb-founded and since there was no one to turn to or any education on the matter, they followed society’s example. They decided that I was sick and went about trying to cure me.

I won’t go into too much detail as to the miserable year or so that followed, but I will say that I don’t wish that year on anyone. It was filled with pain, hurt, suicide attempts, destructive behavior and isolation. I’m only glad that I was resilient enough and fortunate to have survived my parents’ adjustment period so we could all make it to the other side of the experience alive. By the time I publicly came out in 2015, the only people that cared were the people who hadn’t been there during my first coming out phase, over 20 years earlier.

Q: Has your announcement been a hindrance to your professional acting career or has it opened more doors? How has your advocacy for the LBGTQIA changed throughout the years?

A: I think coming out publicly opened doors to different things, including my career. It is possible that being an out and proud transgender activist may prevent me from making it into someone’s office that is trans-phobic, but I don’t want to work with someone who thinks there is something wrong with me just because I am who I am. What it has given me is the opportunity to be a voice for my community, for my journey and my family’s journey through the transition, like thousands, if not millions of other families. When one person transitions, the whole family transitions with them, whether they know it or not. And if me sharing my experience can let a family know that they are not alone and help one child have an easier time than I did, then that makes my journey more than worth it.

I believe my acting pushed me to come out for the last time in 2015 because I felt I couldn’t fight for my community from the closet. I had to risk something to get people to see my community and me. I risked my career and it was okay because I knew that I was fighting for the rights of myself as well as my communities. I feel my advocacy has changed as I have. As I see the world, talk to younger LGBTQ people and reflect on my own life, I try to fight for the things that are still missing, while maintaining compassion for those who don’t see our rights as valid. I believe change comes through perseverance, strength but also grace and humanity. In short, I think I’m a little more tempered in my approach these days, or at least I try to be.

Q: Iran has very strict laws when it relates to homosexuality yet has been tolerant of transgenders. What is your take on this?

A: I believe we should look at the human rights issue through a wider lens: there are many rights violations committed against different groups, ranging from women to different religious and ethnic minorities and yes, the LGBTQ community. I think the policies are barbaric but they have cultural routes that go beyond government policy alone.

Iran’s culture is not a permissive one. You can see that in how we treat adultery, sex outside of marriage and so on. Young girls have also been executed for sex with men they were not married to, as have young men been hanged for homosexual intimacy. The larger picture, which includes the atrocities committed against gay, lesbian and transgender individuals is a bleak one, but the culture is partially responsible for it. What parents teach their kids about the LGBTQ community is responsible for these crimes, as well as the outdated theological doctrines of the regime.

In the case of the transgender community, even though the government permits transition and even helps those from lower income backgrounds with surgery costs, the society at large still does not accept or create space for these individuals, even though law recognizes them. I think Iran and Iranians have a long way to go to be inclusive of all people who maybe different whether that difference is skin color, religion, sexuality or gender identity. I do hope I get to see the day that all Iranians can stand tall side by side and offer each other the respect and camaraderie we all deserve.

Q: Can you share with our audience what you had to go through both physically and emotionally to change your gender?

A: I started psychiatric evaluation and therapy when I was 19. That used to be the process: you would need to be under evaluation for 3-6 months to determine whether you were clear about the path you were undertaking before you could start medical/ hormone therapy. What people have to understand is that transition takes years to go through, regardless of where on the gender spectrum you feel most comfortable. My transition was old school: first therapy, then hormones and then ultimately gender affirming surgery, previously known as gender reassignment surgery or bottom surgery. It took years. Some transgender individuals, especially those who transition later in life, also have to adapt to the changes in how they are treated by society as they transition from one gender to another. For me, that wasn’t the case because I was always treated like an outsider so I never identified with a particular gender and so I transitioned from a teenager to an adult, always being very clear about who I was. It was not difficult for me because all my life I was very clear about how I saw myself, but the rest of the world had to catch up. I think the years of transition allowed me to fully morph into the person I am today, from the scared and determined little girl stuck in a boy’s body, but it also allowed the world to see me as I always knew myself to be. 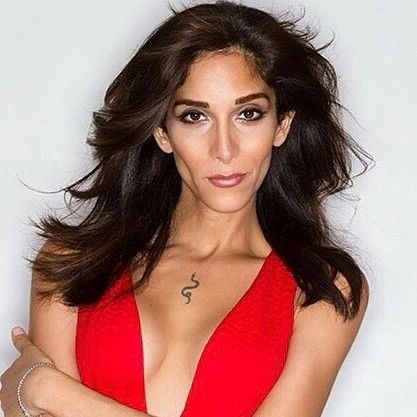 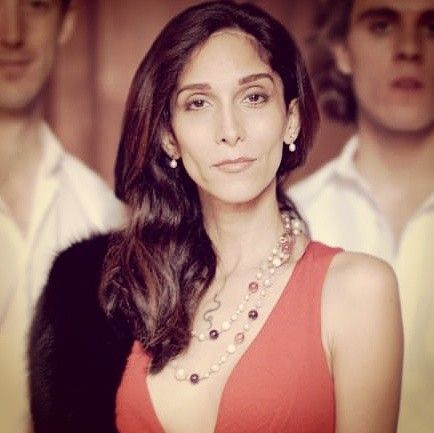 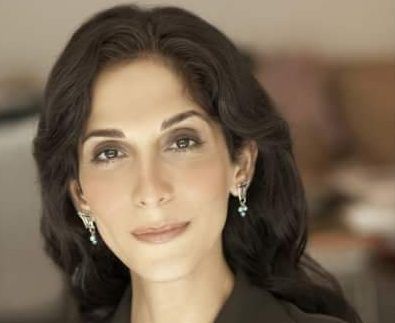 Q: Are you in communication with the transgender and gay community in Iran and what is your message to them?

A: I do have some communication with the LGBTQ community in Iran, but it’s rather limited, as I don’t live there.

My message? In my humble capacity as an Iranian abroad who is transgender, I like to say to my sisters and brothers back home: