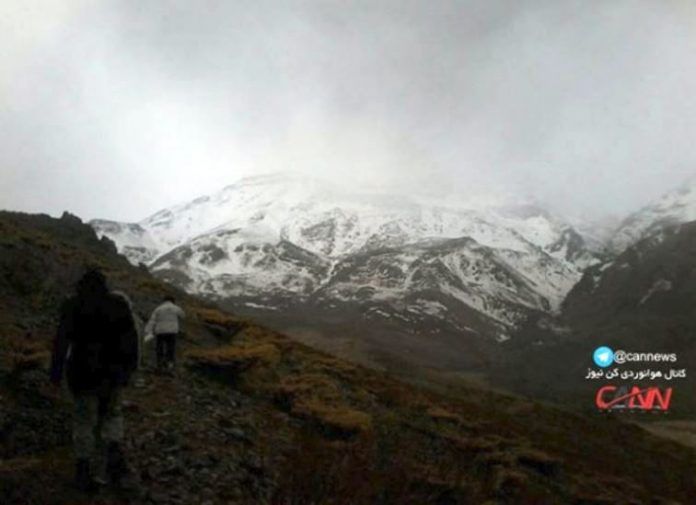 An Iranian passenger plane crashed on February 18, killing all 65 people on board. Aseman Airliner, an ATR 72-500 twin-engine turboprop, had left Tehran for Yasuj, a southwestern city, but went off the radar 50 minutes into its journey around the town of Semiram in the central province of Isfahan. Bad weather and high altitude hampered search and recovery efforts.

On February 20, state TV reported that army helicopters had located the wreckage of the plane in the Zagros mountains.

There are many unanswered questions regarding the crash. There were many environmental activists among the passengers. This fact may be significant, because seven conservationists were arrested by the authorities on February 10 on charges of espionage. One of the detainees, Kavus Seyyed Emami, reportedly killed himself in jail.

“We are all deeply saddened by the death of passengers and crew of the Aseman airliner. Some dedicated environmentalists were among those who lost their lives in the crash,” Mohammad Reza Tabesh, the chairman of the Majlis (Iranian Parliament) fraction on the environment, said.

It has since emerged that at least seven of those killed in the crash were environmentalists. The list includes:

The flight captain was an experienced pilot who had flown an ATR plane on that route many times. Once, he had even landed a plane with only one engine working.

The plane reportedly turned around and headed back to Tehran for unknown reasons. The aviation authorities have not released the pilot’s radio communication with the air traffic controllers. The latest information indicates that the flight crew had not reported any mechanical failure. The flight tower had given the pilot permission to fly at a lower altitude of 17,000 feet. Some experts believe that only in an emergency would a pilot request to operate at a lower altitude. The authorities, however, have not made any comments about this episode.

Iran’s aviation industries news site, Can News, interviewed experts before the search teams had discovered the crash site and wreckage.

“Why haven’t the aviation authorities mentioned anything about the plane’s Emergency Locator Transmitter (ELT) system?” one expert asked.

The plane can easily be located through the ELT signal unless:

A number of Majlis deputies have called on Abbas Ahmad Akhoundi, the Minister of Roads and Urban Development, to resign, the Islamic Students News Agency (ISNA) reported. They also plan to start impeachment proceedings should he decide to remain in his post.

Akhoundi survived a no-confidence vote in the Majlis on February 19. He was severely criticized for his alleged lack of transparency in the deal with the Airbus consortium worth nearly $20 billion.