Mary Ann Irvine, who with her husband J. Richard Irvine established Iranzamin (Tehran International School) in 1967, passed away on Saturday.

To a generation of schoolchildren who grew up in pre-revolutionary Iran, she was a legend.

The American-born couple, who established the school after running the Community School in Tehran for 15 years, were a formidable double act. He was the headmaster, and she, the choir and music teacher.

Former student and Kayhan Life writer Fred Parvaneh said: “Mrs. Irvine was a mother to over a thousand students at Tehran International School and her impact on our lives is immeasurable.”

The Irvines arrived in Iran in 1951 on assignment from the Presbyterian Board of Foreign Missions in the U.S. to replace the headmaster of Tehran’s Community School, and stayed for more than 30 years.

To ‘Iranzaminis’, Mr. and Mrs. Irvine were always the example of a loving couple. In April, they celebrated their 73rd wedding anniversary.

They retired to Phoenix, Arizona to live with their son Bob Irvine. Another son, David, took most of the pictures published here. As a 2017 Valentine’s Day treat, Kayhan London reached out to the Irvines, asking them to describe their love for each other, and for Iran. 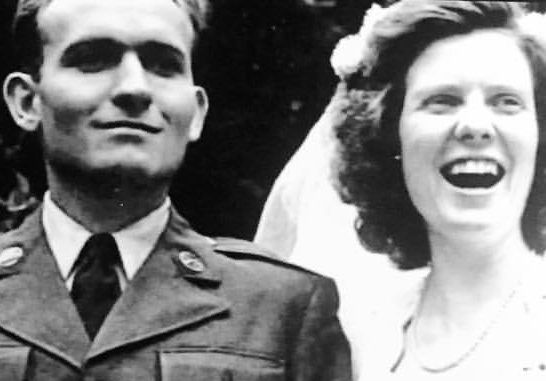 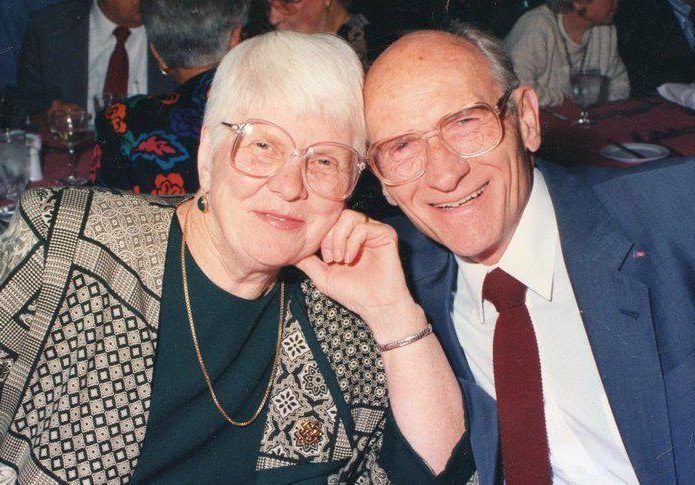 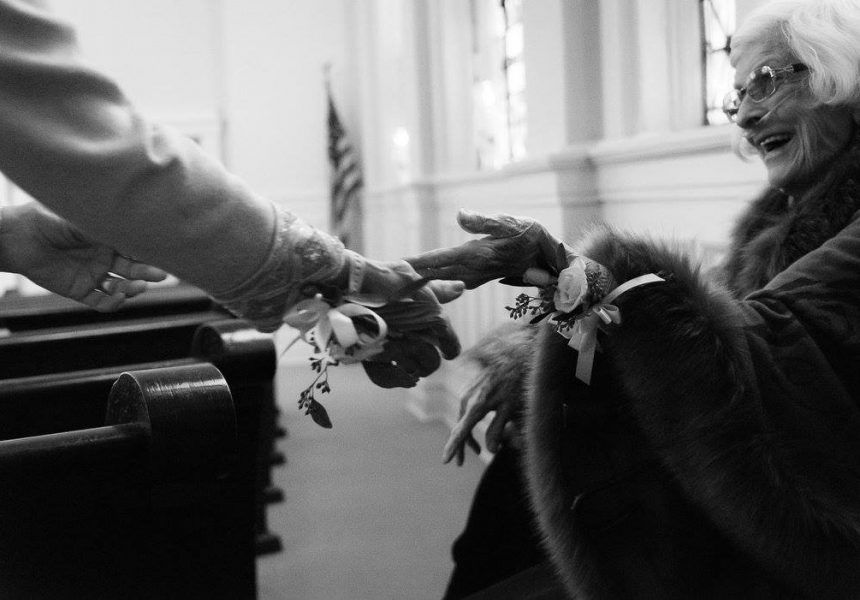 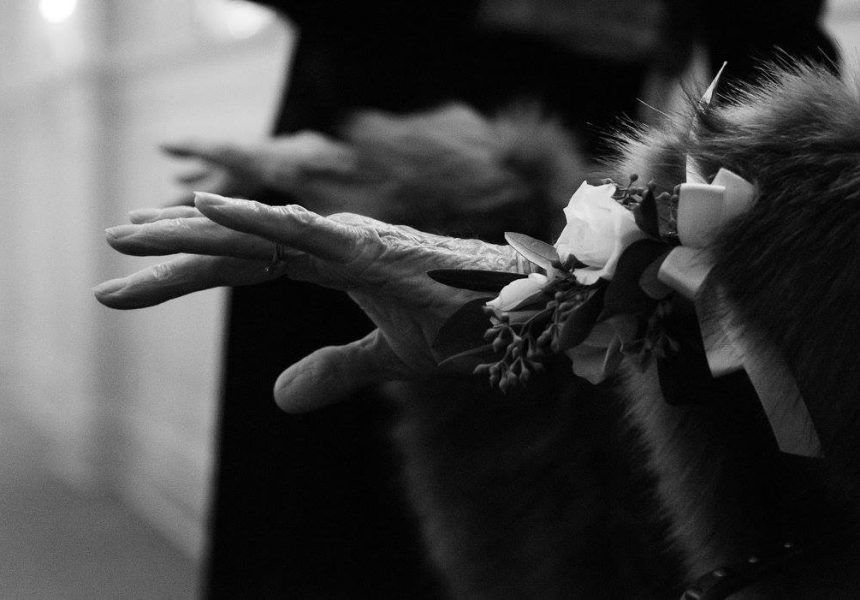 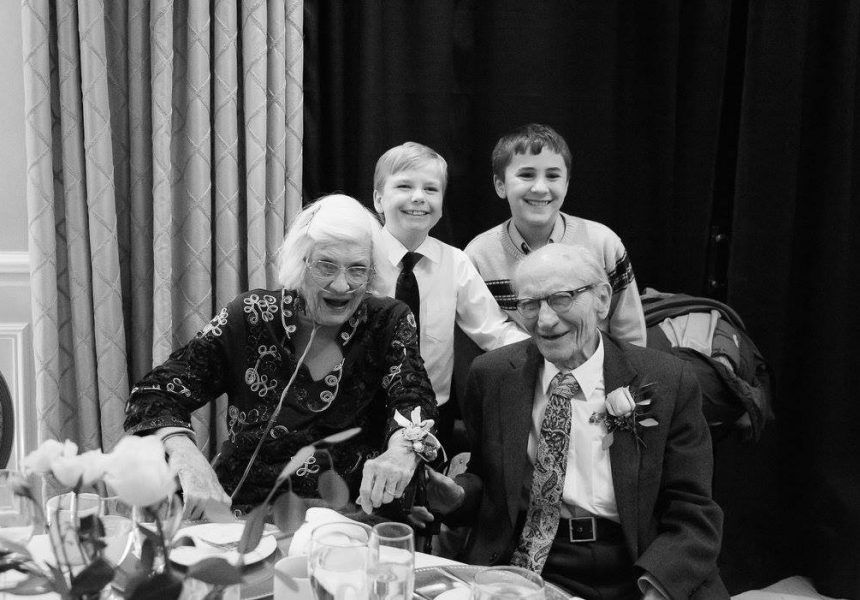 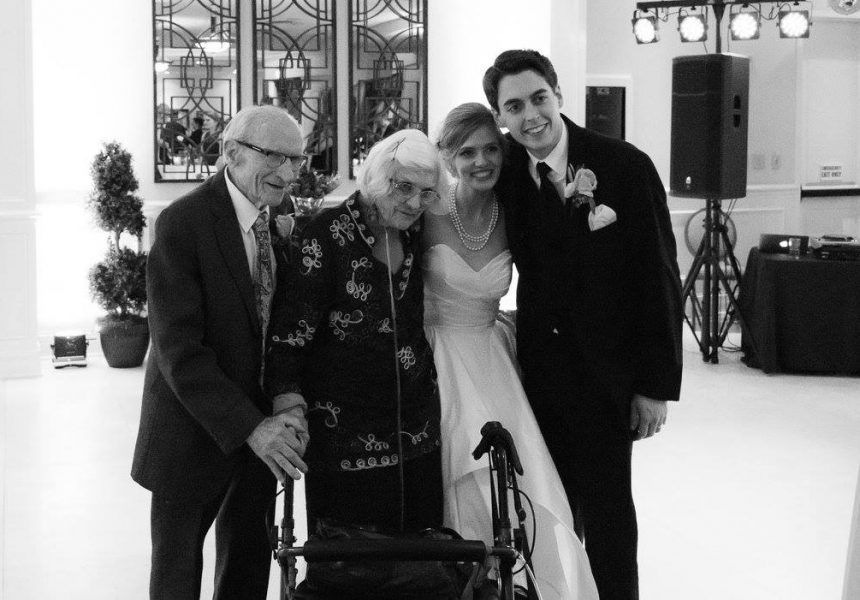 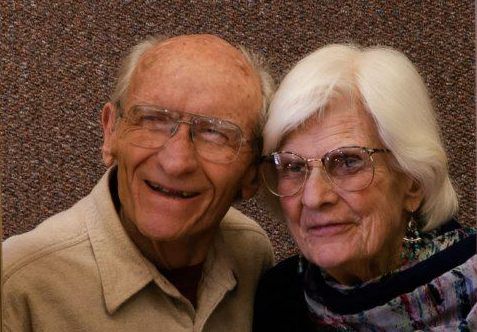 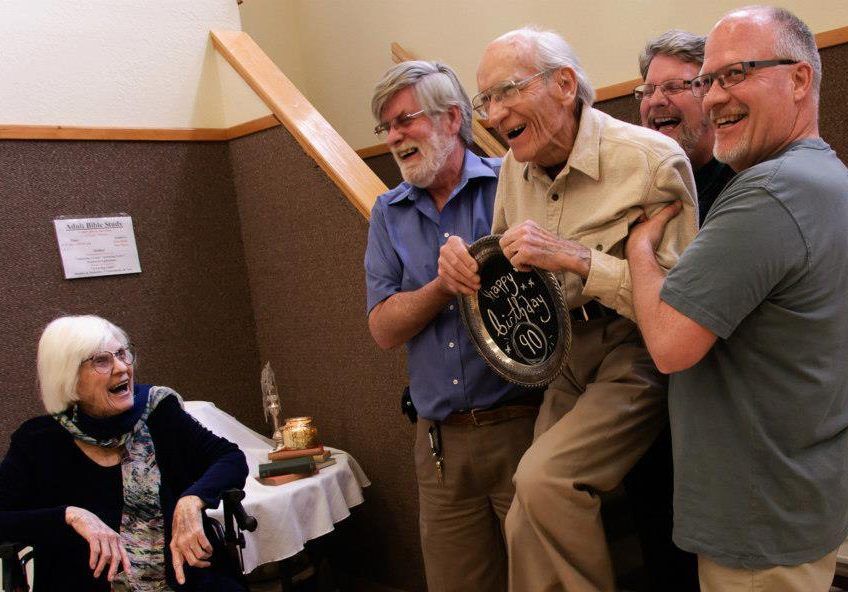 Q: How did you two first meet?

A: Dick moved into my high school district for grade 12. We became aware of each other when we both tried out for the New Jersey All State Chorus. Knowing I liked to sing, Dick decided to visit me at my home. He came, knocked on the door, and came back again and again.

We sang duets in high school. We sang together in church and in college and in choirs and in choruses I conducted over the years. I always knew I was Dick’s Valentine, and he mine.

Q: How long have you been married?

Q: How many children and grandchildren do you have?

A: We had six living children. Marc died at 18 months – six months after we arrived in Iran.  Tom, aged 21, was killed in a motorcycle accident in the U.S. Our remaining children are Jack, David, Bob, and Kate.

Q: Given that this is a Valentine’s Day story, can you share an especially loving moment during your marriage?

A: I felt closest to my husband after the death of each of our two boys. We were one in our sorrow and our love, and we found solace in each other.

Q: What is the secret to a successful marriage?

Q: What is your advice to young couples that wish to get married and raise a family?

A: My advice would be: go for it, but make sure you have discussed everything that is important to each before you commit to each other.

Q: What are you most proud of in your life?

A: Our children, their offspring, and those children who attended two special schools in Iran, [Community School and Iranzamin].

Q: Why did you move to Iran?

A: My husband and I wanted to be part of the Mission work of the Presbyterian Church.  Dick had also just completed his Master’s degree in Education. We felt as though we had something to offer. I was the Music Director at a church in our town, directing three choirs and supervising other music activities. We also believed in the Bible’s directive, “Here am I, send me.”

Q: How did Iranzamin come into existence?

A: We were appointed by the Presbyterian Board of Foreign Missions in the U.S. and assigned to Community School in Tehran to replace the headmaster, who was leaving. Our salaries, equivalent to a minister’s salary in the USA, were enough for a moderate living for a family. There were approximately 200 students when we arrived in Tehran. Fifteen years later, there were close to 1,000 students. Mr. Irvine and other like-minded headmasters around the world were independently developing curricula and expanding existing programs.

Up to that point, Community School graduates were considered by the Iranian government to be “bi-savad,” without education. The Community School diploma was not recognized.  The government of Iran then offered the local Community School Board (made up, mostly, of Presbyterian missionaries) official recognition and a 99-year lease on a property to build a new school. Acceptance of this offer would have rectified this problem of diploma recognition. The qualifying student would receive three diplomas – one, International Baccalaureate, one, Iranzamin, and another, the government of Iran. The School Board rejected the offer.

The government then offered Mr. Irvine the official license in his name. The Board refused.  Meanwhile, the Board of Foreign Missions of the Presbyterian Church [started] planning our exit from Iran. We were to be transferred to the Mission School in Alexandria, Egypt for one year.

We had gone to Iran committing our lives to that country. We wanted to honor our commitment. I respected the preliminary work that my husband had done for Community, such as adding the 11th and 12th grades, curriculum development, and expanding the faculty to be more international. If we left, I knew that the International Baccalaureate dream would disappear from Iran. Having two international schools in Tehran would not be detrimental to Community School. There was a clientele for both, and it provided parents with a choice.

We had lived in Iran for fifteen years, thoroughly enjoying Iran, our work, and a growing number of friends from all nationalities. We basked in the good will of the community, which included many Iranians. We had sold our home in the USA before leaving for Iran.  We had no savings. We had studied the language, and felt as though we understood the culture. We were not “the outsiders” looking in. There was no “us” or “them.” Our philosophy was “we”.

Four of our six children were born in Iran. Iran was home. One child was buried in Tehran, making that city special.

Q: What happened then?

A: Mr. Irvine formed a non-profit school and then asked a small group to form a school board (non-profit is unheard of in Iran). He had two months to borrow money, rent a building, convert it into rooms suitable for a school, hire teachers and office personnel, register students, order teaching materials and books, etc. etc.

We had donated our library to Community School. We had accumulated another library, and that became the library at Iranzamin.

Our children helped with the work on the school building. They were wonderful, though it was quite an adventure.

I taught classroom music and made plans to expand both the faculty and curriculum. At one point during the years we had six music teachers. I started courses including those needed to prepare students for the International Baccalaureate in Music. [As the saying goes,] “if you want to learn something, teach it.”

During the first years of Iranzamin, our school produced “The Little Sweep,” an Opera by Benjamin Britten. We used the facilities of the Iran-American society. Later, we became more ambitious and put up a tent (capacity 400 people) on the school grounds and produced “Noah’s Flood” and “Fiddler on the Roof.” I invited friends to join our small orchestra, and it was a wonderful experience for a run over a week with several matinees. I was thinking about doing “Oliver” when 1979 hit.

Q: What was life in Tehran like for you and your family?

A: Our home was open to all. We lived in the basement of the former Chinese embassy. It had access to only cold water, and I cooked on a two-burner Coleman camp stove for eleven people, including workers. I washed our clothes using two big buckets – Iranian style, rub-a-dub-dub! One of the Community School parents came to visit me, and I was washing clothes. She was horrified! The next day she sent me a washer, blessed woman!

I love to cook. I once made a complete Thanksgiving dinner for the faculty and their spouses (about 100 people) – all of this from a small apartment across the street from the school.

We enjoyed hikes and picnics in the mountains. We also love Iranian art and music.

Q: To most of us Iranzaminis, the time at the school was the happiest of our life. The friendships and bonds that developed became lifelong. What do you attribute this to?

A: We always felt as though everyone involved in the school was a big family! I think it was catching.

Q: How did the Revolution affect you personally, and what happened to the School after 1979?

A: [The year] 1979 was impossible to ignore. Students and faculty were fleeing Iran, and qualified teachers were few and far between. I could not, on a directive of the ministry of education, teach music. No science courses were allowed to be taught. My husband asked me if I would take on the position of elementary principal.

We were given new directives by the ministry of education every day. I had to reschedule 800 students and teachers so that the boys would be separate from the girls. Try doing that in one night with no computers! Then we rescheduled again to put the boys on one floor and the girls on another floor, so they wouldn’t see each other during classes. That wasn’t enough. The boys and girls still played outside on the same playground at the same time. They wanted me to build a wall down the middle of the playground. I remember endangering my life when I told the representative of the minister of education that he was crazy, and refused to do it.

Our boys had graduated and were gone. In the summer of 1979, we left our youngest child Kate with her oldest brother in Connecticut. I went back to Iran with my husband, crying all the way. As we left, Kate handed me a letter telling me how she felt about me and filled of words of love. She did not beg me to stay with her; she understood, at the early age of 13.

We would drive to school in the morning to be met with graffiti on the walls, “Death to Irvine.” It was gone before the students arrived (we’re good scrubbers). There are so many tales of machine-gun-carrying guards at our gates. My husband called the revolutionary security office and we were sent security protection.

By the end of 1979, there were only two schools open in Tehran. One was Iranzamin, the other was Community School. One day, the government announced a curfew. School was in session, but we had prepared for this event. Now, 800 elementary school students needed to get out the doors and be on their way home within half an hour. Some left by bus, some were picked up by parents or chauffeurs. The rest, I paired with families that lived in their vicinity. I went home and prayed. My telephone didn’t ring. All 800 students made it home safely before curfew. It was a miracle.

Q: How do you remember Iran, now that you are living away from it?

A: With nostalgia. I was never homesick for the U.S., but I have been known to shed a tear or two for Iran and its people.

Q: Iranian-American relations have been acrimonious for the last 40 years, and the Trump ban is the latest episode in the acrimony. How does this situation make you feel?

A: The situation between Iran and the U.S. makes me sad. However, I am a firm believer that God is in control, and I pray for both countries.