Every action taken by the Islamic Republic in the past year has secured the regime’s status as a pariah state. These include scaling back its commitments to the 2015 Joint Comprehensive Plan of Action (JCPOA), better known as the Iran nuclear deal, attacking oil tankers in the Strait of Hormoz, escalating tensions with the U.S., increasing its military operations in the region and threatening to leave the nuclear Non-Proliferation Treaty (NPT).

Also, Tehran will find itself in ever-greater political isolation if it cannot meet the February deadline for enacting the Palermo Convention, Countering the Financing of Terrorism (CFT) and Anti-Money Laundering (AML) Action Plans in line with the Financial Action Task Force (FATF) standards. As a result, the FATF could blacklist Iran, which effectively will exclude the country from the international monitory system altogether.

While the Majlis (Iranian Parliament) passed the CFT and Palermo Convention proposals, the Guardian Council rejected them both. The bills were, subsequently, sent to the Expediency Council for review more than a year ago. The council is yet to issue its final decision.

“My view is that the Palermo and CFT pose real threats to our national security,” the Chairman of the Expediency Council Sadegh Amoli Larijani was quoted by the Tasnim news agency as saying on January 1. “I think the CFT poses the greatest danger.”

In comments reported by the Iranian Students News Agency (ISNA) on January 1, the vice president for legal affairs, Laya Joneydi, said: “We cannot do business with any bank if the FATF blacklists Iran.”

Meanwhile, Russia, the Islamic Republic’s principal ally, has repeatedly warned Tehran that its banks will not cooperate with Iranian financial institutions if the FATF blacklists the country, which will have broader and much more severe consequences for Iran than U.S. sanctions.

Heshmatollah Falahatpisheh, a member of the Majlis’ Committee on National Security and Foreign Policy, believes Iran must ratify the CFT and Palermo Convention. He, however, doubts that the Islamic Republic will adopt the two accords.

“I have even heard that several deputies have called anyone who voted in favor of the FTAF Action Plan a murderer of Ghasem Soleimani,” Mr. Falahatpisheh said in an interview with the Iranian Labor News Agency (ILNA) on January 28. “We cannot make expeditious decisions in such a climate.”

Mr. Falahatpisheh’s remarks reveal a hidden truth, namely that the former commander of the Islamic Revolutionary Guards Corps’ Qods Force (IRGC-QF) Lieutenant General Ghasem Soleimani, was the face of the Islamic Republic’s state-sponsored terrorism in the region. General Soleimani was killed in a targeted drone attack by the U.S. military on Baghdad’s International Airport on January 3.

Ratifying the CFT will prohibit Iran from providing financial support to the Shia militia groups in the region, which operated under General Soleimani’s command.

Since Soleimani’s death, many military officers, senior clerics, members of the Expediency Council, conservative Majlis representatives and right-wing politicians have argued that joining the CFT would mean bending to the will of the U.S. and betraying the founder of the Islamic Republic, Ayatollah Ruhollah Khomeini (1902-89) who envisioned exporting the revolution as a principal article of the country’s foreign policy.

Meanwhile, many countries in the region and the West continue to worry about the regime’s ideological and nuclear ambitions, including leaving the nuclear Non-proliferation Treaty (NPT), which will further isolate Iran from the rest of the international community.

A group of Majlis representatives proposed a bill in late January, which called for the immediate withdrawal from the NPT. The deputies combined the “NPT Withdrawal Bill” with the “Reciprocal Amendment Bill in Response to the U.S. Designating the IRGC a Terrorist Organization,” which the Majlis and the Guardian had fast-tracked earlier that month.

In comments widely reported by the Iranian state media on January 20, Foreign Minister Mohammad Javad Zarif said: “If the Europeans continue their improper behavior or send Iran’s file to the Security Council, we will withdraw from the NPT.”

Mr. Zarif’s comments followed a warning by France, Germany and the U.K. (E3) that they were prepared to trigger Article 37 — the dispute mechanism, or Snap Back mechanism, stipulated in the 2015 Iran nuclear deal — if Tehran took steps to further scale back its commitments to the agreement.

Iran Says It Will Quit Global Nuclear Treaty If Case Goes to U.N.

Triggering the dispute mechanism will refer the matter to the U.N. Security Council, which will then have 30 days to adopt a resolution and re-impose the pre-JCPOA nuclear-related sanctions on Iran.

Article X of the NPT states: “The great benefits that the NPT brings to the international community, however, would be dangerously eroded if countries violating the Treaty felt free to withdraw from it, develop nuclear weapons, and enjoy the fruits of their violation with impunity.”

Also, the U.N. Security Council unanimously adopted resolution 1540, in 2004, which states: “Under Chapter VII of the UN Charter, all Member States must develop and enforce legal and regulatory measures against the proliferation of chemical, biological, and nuclear weapons and their means of delivery, in particular, to prevent the spread of weapons of mass destruction to on-state actors.”

North Korea withdrew from the NPT in 2003, following U.S. allegations that it had restarted its illegal uranium enrichment program.

The U.N. can re-impose sanctions on Iran, given that withdrawing from the NPT would signal a move towards developing nuclear weapon technology.

Despite the EU and the UN warnings, the Islamic Republic continues to paint itself to a corner through its actions.

Meanwhile, the relationship between Iran and the West continues to deteriorate further. The European signatories to the JCPOA have all but given up trying to negotiate with Iran, given the country has scaled down its commitments to the agreement.

“We are committed, as our American and European partners are, to avoiding Iran acquiring a nuclear weapon,” British Foreign Secretary Dominic Raab said during a Press conference with the U.S. Secretary of State Mike Pompeo in Washington D.C. on January 8. “We have reached a point where non-compliance has been so acute in the most recent steps taken by Iran.”

“We will maintain this deal, and for that, we need Iran to fulfill its commitments,” the High Representative of the European Union for Foreign Affairs and Security Policy Josep Borrell said at a news conference in Brussels on January 11. “Maybe we cannot avoid that the JCPOA is finally canceled because the Dispute Resolution Mechanism can be triggered, and I cannot exclude that this happens.”

Meanwhile, the U.S. continues with its policy of maximum pressure on Iran.

On January 31, the U.S. Department of State designated the Atomic Energy Organization of Iran (AEOI) and its head Ali Akbar Salehi “for having engaged, or attempted to engage, in activities or transactions that have materially contributed to, or pose a risk of materially contributing to, the proliferation of WMD [Weapons of Mass Destruction] by a foreign country of proliferation concern.”

The U.S. government has also “renewed four nuclear restrictions on Iran for an additional 60 days”, which leaves the door open for future negotiation and allows Russian, Chinese and the European companies to continue their cooperation with Iran in non-military nuclear activities including heavy water reactors, Bushehr Power Station and Tehran Research Reactor (TRR).

The U.S. and Swiss government also rolled out a joint humanitarian scheme on February 3, which allows companies to provide prescription medicine to Iran without being penalized by stringent U.S. sanctions.

A statement by the government of Switzerland said: “The Swiss Humanitarian Trade Arrangement (SHTA) seeks to ensure that Swiss-based exporters and trading companies in the food, pharmaceutical, and medical sectors have a secure payment channel with a Swiss bank through which payments for their exports to Iran are guaranteed.”

“Three shipments of cancer and transplant drugs have been sent to Iran through this channel, and the transaction has been processed,” U.S. Special Representative Brian Hook was quoted by The New York Times of saying. “We are pleased to announce that we have completed the sale and delivery of cancer drugs and transplant drugs to Iran.”

The U.S.-Swiss joint humanitarian efforts came at a time when most European and Asian countries have reduced their economic cooperation with Iran significantly. China and South Korea reduced their trade volumes with Iran by 28 percent and 80 percent in 2019, respectively. India dropped its Iranian imports by one third. Japan also reduced its export to Iran by 95 percent in 2019. It also lowered its Iranian imports by one third compared to 2018.

A report by the European Statistical Office, Eurostat, said Iran exported only 260 million euros worth of goods to the EU in the first four months of 2019, which showed a sharp drop compared to 3.2 billion euros for the same period in the previous year.

Starting in the middle of 2018, European companies stopped buying Iranian oil altogether. European exports to Iran dropped from 6.2 billion euros to 1.2 billion euros in the first four months of 2019. Iran’s share of the European import market is less than half a percent. Iran’s trade volume with Turkey dropped by 40 percent in 2019. 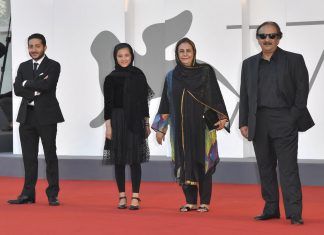 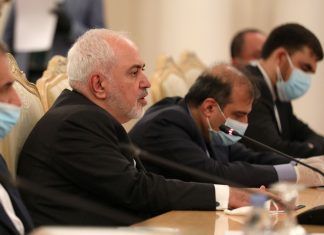 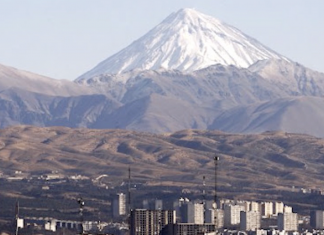 My Damavand, 100 Paintings by Bijan Daneshmand 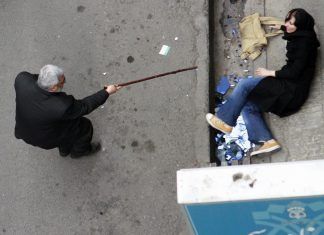 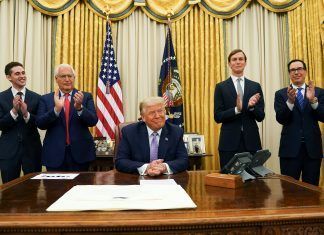 ANALYSIS: Abraham Accord Could Weaken Iran and Bring Peace to Middle... 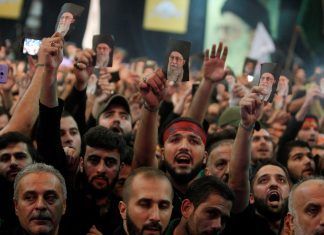 ANALYSIS: What Is Iran’s Role in the Future of Lebanon?