The first major U.S. exhibition to highlight the relationship between the Classical world and Ancient Iran recently opened at the Getty Villa Museum in Los Angeles.

The exhibition, titled “Persia: Ancient Iran and the Classical World,” runs through August 8.

It focuses on the cultural and artistic interaction between Iran, Greece, and Rome, which were rival powers at the time, a time in which ancient Iran — historically known as Persia — dominated western Asia for more than a thousand years (from about 550 BC to 650 AD) and was ruled by three native dynasties: the Achaemenids, the Parthians and the Sasanians.

“After Egypt, Persia is the nation that had the most profound and sustained influence and impact on the Classical world,” said Timothy Potts, director of the J. Paul Getty Museum. “And by the same token, Persia was very much influenced by Greek and Roman culture, most notably when the Achaemenid Empire of Persia (550-330 BCE) was conquered by Alexander the Great.”

“Persia: Ancient Iran and the Classical World” features many spectacular objects including royal sculpture, splendid luxury vessels, weapons, jewelry and other objects of gold and silver, as well as religious images and historical documents which all reveal the artistic and cultural connections and influences between Persia and the rival powers of Greece and Rome.

The exhibition is divided into three sections.  The first examines the establishment of the Achaemenid Empire in mid-6th century BC, when Cyrus the Great captured western Asia Minor (present-day Turkey) and conquered the Greek settlements there.

According to the Getty, Cyrus the Great and his Achaemenid successors established the largest and most powerful empire of the ancient world.

Their significance was “not just in territorial or military might, but in their creation of a successful model for centralized rule over multiple peoples with different customs, religions, laws, and languages, allowing diverse cultures to coexist and thrive within a unified state structure,” the Getty said in its exhibition texts.

The exhibition’s second section begins around 330 BC, following Alexander the Great’s conquest of the Achaemenid Empire and rule over Iran and much of the ancient Middle East. By the 3rd century, the Parthians would become the dominant state in the Near East, remaining in power for nearly 500 years.

The final section of the exhibition is devoted to the Sasanian Empire, which started in 224 AD and gave Iran a new profile and self-image: the trappings of kingship, splendid royal art, a more centralized administration, the founding of numerous cities, and an aggressive military policy.

The exhibition features a 360-degree immersive film at the Villa that transports visitors into the lavish palaces and audience halls of Persepolis at its height as the ceremonial capital of the Achaemenid Persia.

Also available is an interactive online digital experience, available at getty.edu/Persepolis,  which offers an in-depth exploration of the majestic site of Persepolis, including an interactive “walk” through the palaces, terraces, audience halls and chambers of the vast complex. Available in eight languages including Persian, Arabic, Hindi, Chinese, Spanish, French and English, this interactive web experience brings ancient Persepolis to life for visitors around the world.

Dr. Ali Mousavi, adjunct assistant professor of Iranian archaeology, and Dr. Farzad Amoozegar, director of the Iranian music program and Persian music ensemble at the University of California in Los Angeles, were consultants on the two digital initiatives.

The exhibition was made possible through the generosity of Anahita and James Lovelace in memory of Professor Ebrahim Pourdavoud, as well as by Elizabeth and Bruce Dunlevie, the Farhang Foundation, Ellen and David Lee, Georgia and Ronald P. Spogli, and the Getty Patron Program.

The Farhang Foundation is the exhibition’s cultural partner, and UCLA’s Pourdavoud Center for the Study of the Iranian World is its academic partner. 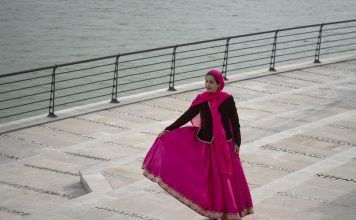 Iranians Celebrate Nowruz, Mark the Start of the Year 1401 With Worldwide Festivities 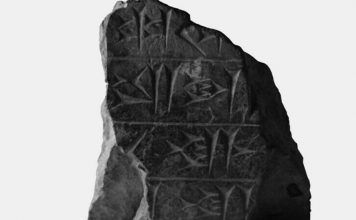 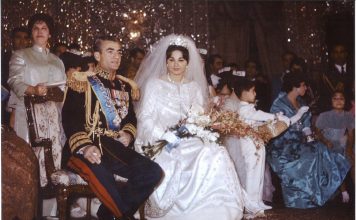 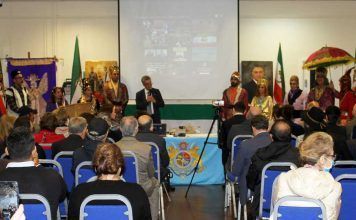 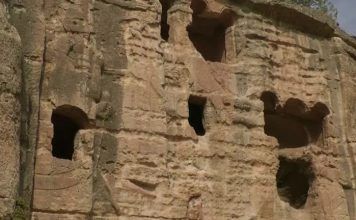