“Kids, don’t leave your tents tonight, there are leopards, wild boar and bear in these forests” my father warns.  Mum nods in agreement.

I wake up in the night needing a pee.  Hissing to my sister Ateshe to come with me we creep out of the tent to find a bush.  But walking back in the blackness, unable to see even our feet, we both get a stab of panic, the neck prickling sort of creepy feeling that makes the two of us stampede back into our tent.  We make such a racket that our father comes out of his tent, gun in hand, expecting the worst.

We are in the northeast of Iran, in the Alborz mountains, riding horses through the southern end of the Golestan wildlife reserve. The year is 1971 and my father and uncle are doing a survey of the wildlife in the reserve while my mother takes photographs.

The Golestan reserve is about 92 thousand hectares of forests and grasslands and reaches a height of 1400 meters above sea level.  The temperate broad leaf forests of the Golestan park are part of the Hyrcanian* forests that cover 850 kilometers of northern Iran.  These forests have survived between 35 and 50 million years.  Similar forests existed in Europe and areas of Russia but were wiped out during the last ice age, in the Quaternary Period.  According to UNESCO, the Hyrcanian forest is the oldest forest in the northern hemisphere.

The rich fauna of the Golestan park includes Persian leopards, Indian wolves, brown bear, wild boar, a variety of deer and gazelle and a myriad of bird species.  The area heaves with life:  sightings are frequent but before you see them the wonderful noises of grunting boar, and the call of the partridges ring out.  The Maral deer (red deer) their antlers looking unwieldy on their graceful heads watch us warily from the fringes of glorious oak forests.  Large herds of wild goat stream across mountains covered with juniper, disappearing over a ridge only to be seen later climbing up impossibly steep cliffs. Until 1960 there were Caspian Tigers in these mountains, huge animals, ranked as the largest cat that ever existed. The last known tiger was shot in this park in 1953.

My parents always took us on their trips, unless it interfered with school. They had seen newborn babies carried on tribal migrations and toddlers strapped onto donkeys along with baby goats and chickens.  If they could survive it, then so could we – they called it “the real life”.  And we did survive, but not without a good bit of complaining, on occasion.  Iran is a huge country and we drove up to eleven hours a day to get to these amazing places, crossing mountain ranges and deserts.  But if it was a choice between school and a long drive? Easy answer.  Arriving at the destination always cleared our minds of all the suffering we had endured and we reveled in the wild countryside, sleeping in tents and eating under the stars.

On this occasion we had driven for nine hours to a lodge at the edge of the park where we stayed the night. The following morning we set off for our camp site.  We children were on horses and the adults walked. It took about ten hours to get to our campsite – you can imagine the cacophony of grumbling and bellyaching from us. We went into great detail about the state of our behinds, only to be told that the option was to get off and walk. When we finally arrived at the campsite we found the tents were already pitched on the banks of a snow fed stream in a large valley surrounded by forested mountains.

In the morning, no sooner than setting his eyes on the lovely flowing water, my little brother Caren was throwing his clothes off.  When he finally re-emerged from the water to have breakfast, we realized that his only pair of shoes had mysteriously disappeared.  He was left behind in the care of an old shepherd as my mother and I set off, walking up the folds in the valley to take photographs.  There were herds of mares and foals grazing high up in the summer pastures and I wondered how they survived the leopards and wild boar. After five hours of climbing, we reached the top of the range of mountains with a magnificent view over the hills and steppe region.  Our guide told us how, to the north of the park, the tribespeople were barely civilized, mostly pagan, with Shamans that communed with their gods.  Seemed pretty cool to me.  Mum said he was only partially right.  She knew the Turkomans and she found them quite civilized.

The next day we decided to move camp, going south to the forested upper slopes of the mountains.  My brother, having no shoes, had to ride on top of one of the bulky packs.  As the vegetation gradually became thicker, Caren was at risk of being swiped off his perch. He was pulled off the packhorse and made to walk barefoot until the path cleared.  Just as his complaining had reached fever pitch, the horse on which he had been sitting lost its footing on a rock ledge at the rim of a perpendicular drop.  The poor animal plunged down and out of sight with a horrible crash.  Amazingly, despite the fall being over thirty meters, the horse survived with a few scratches, thanks to its voluminous packs. 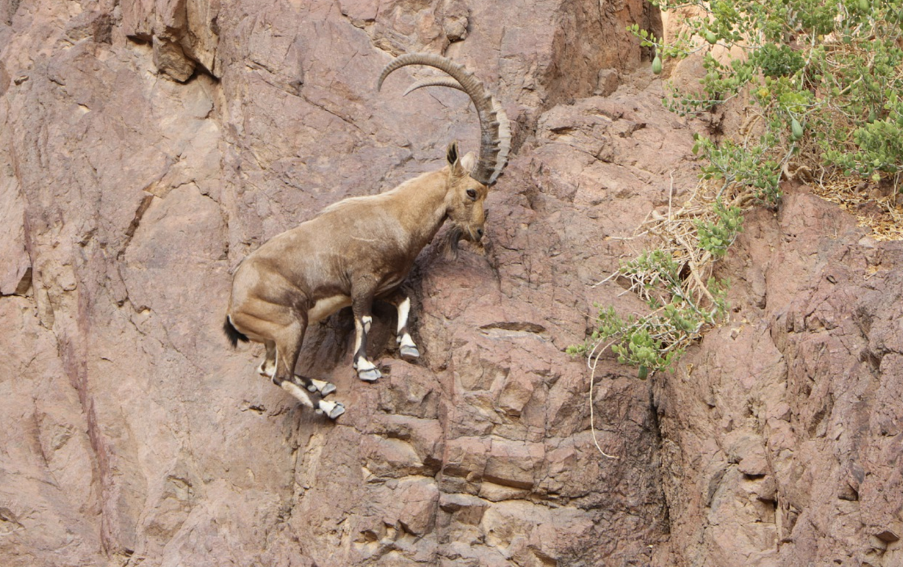 My uncle decided that the numbers of wild boar in the park was far higher than the park could sustain. They would have to cull up to 400 animals.  We were told that it was our lucky day, we could be beaters, driving the wild boar towards the hunters.  A ranger took us down to the lower slopes of the mountain. Caren, a scraggly pair of borrowed shoes  on his feet, started a loud chant about how the wild boar would do well to piss off before they were shot by evil hunters.  Caren felt they must have heard him since not a single wild boar was spotted.  But just as the hunters came in sight, we scared up an enormous brown bear.  The poor animal was more terrified than we were, or so we were told.  A stunned silence followed as the bear ran directly towards my sister Ateshe who was sitting on the ground.  The huge animal jumped over her (easily done, she was 9) and dashed into the forest, its silver tipped fur rippling with every stride.

The prospect of heading back towards Tehran and the end of school holidays had all three children feeling completely morose.  We left early the next morning, the weather looking ominous.  Violent thunderstorms and rain hit just before we reached the cars and within minutes horses, people and equipment were all soaked.  We rushed into the cars having packed as quickly as we could.  As we set off the raging weather erupted: lightning streaked horizontally across the dark sky, and hail stones the size of walnuts smashed into the car making a horrific noise.  We covered our ears and started singing Waltzing Matilda.  Half an hour later the weather finally cleared a little and we could see, ahead of us in the mist, a ghostly looking herd of sheep with ten centimetres of ice clinging to their wool.  We stopped the car to let them pass.  Caren, whose feet still hurt from walking barefoot, was much cheered by the muffled sounds of the hooves on the road.  He then erupted into hysterical laughter when a chorus of ovine flatulence joined the thudding hooves.  Oh happy days …..

*Hyrcania: “Wolf-land” from the ancient Persian