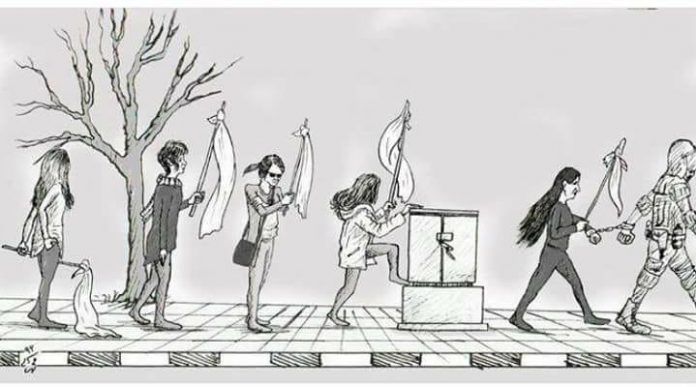 This year we’ve seen some of the most widespread protests to take place in Iran during the last four decades. While this is not the first time Iran has seen large protests in its recent history, the 2018 protests are distinct in their features and are a clear illustration of the people’s demand for real change in Iran.

Below are some of the factors that set these protests apart from anything we’ve seen in  recent history, including the widespread protests that took place after the 2009 Presidential [S]elections in Iran.

Protests are Widespread and Continuous:

Unlike previous large scale protests that have sparked in Tehran and then spread to a number of larger and “modern cities”, the recent protests started in the city of Mashad, arguably one of the most religious cities in the country, and spread out over 70 other cities, something that is unprecedented.

What is also unique is the fact that the protests have continued for over six 6 months, and there doesn’t appear to be any end to the protests and peoples’ demands for their basic rights.

Most recently in June, Tehran saw a three 3 day long protest in response to the current dire economic situation, where thousands took to the streets, and stores in Tehran’s grand Bazaar shut down in protest of the devaluation of the Iranian rial, which prevented merchants from carrying out business.

Last Saturday, people of Kermanshah took to the streets to protest against the lack of drinkable water for residents. The Kermanshah protest is a perfect example of the Islamic Regime’s corruption and mismanagement of one of many of Iran’s natural resources.  Many residents in Kermanshah are blaming the scarcity of water on the suspected water transfer from Iran to Kuwait and Iraq. According to VOA report in early June, some residents in Kermanshah broke open and filmed a pipe carrying fresh water towards the Iraqi border.

This is the type of long lived greed and corruption that has the people of Iran frustrated, angry and hungry for real change.

Slogans are Radical and Secular:

During previous nationwide protests including the 2009 protests the slogans were much “softer”, often religious and only targeted the “hardliner” faction of the Islamic dictatorship. Some of the most popular slogans in 2009 were, “where is my vote” and “Allahu Akbar” (god is great) roof top chants.

The 2018 slogans however are immensely different, as they are completely secular.  The “Allahu Akbar” chants have been replaced with “bread, job, freedom”, “capitalist mullahs, give us our money back”, and “be afraid, be afraid”, sending a clear message to regime agents that it’s time for the Regime to feel anxious.

Reformists and softer slogans on the other hand have been replaced with “death to Khamanei”, “Death to Rouhani”, “Reformist, Principlists [right-wing conservatives]: The game is over”, and, “Islamic Republic, no more, no more”.

These slogans are a clear shift from people’s earlier demands for reform or “softer” more subtle change to something much more radical, revolutionary and real, a change that is secular and respects people’s right to life and liberty.

Last, but certainly not least, while Iranian women have always played a dominant role in the fight for democratic change in Iran, the campaign against mandatory hejab has gained massive publicity and popularity among Iranians and worldwide, putting a spotlight on the persecution of women by the Regime in Iran. The support for this campaign is growing and more and more women of all ages, economic and even religious backgrounds are taking to the streets regularly to say no to mandatory hejab and by extension no to an Islamic dictatorship that has made them into second class citizens in their country.

The People of Iran have spoken, and all signs point to real and democratic change which is clearly and indisputably on its way to Iran.