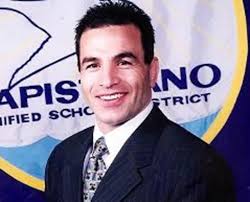 In my writings, I hoped to contextualize the time period of the late 1970s to early 1980s with regard to the relation between America and Iran.  I want to not only shed much needed light on these events and the timeline surrounding them, but also to share an Iranian’s story from the viewpoint of an American author.  By and large, I have found most Americans are largely ignorant about the 1979 Revolution and especially America’s role.  I firmly believe this ignorance can be traced to the void of literature taught in secondary classrooms to prompt such conversations.

The danger of such ignorance is in the resulting stereotypes and fear.  When a narrative can be created without relevant background, then people are far too quick to accept such a narrative.

Therein, when a ‘travel ban’ was proposed, and certainly when the U.S. President declares the need for a travel ban from Muslim countries, many Americans lacked sufficient knowledge to accurately question this decision. With that said, I am also so proud of the thousands of Americans who rallied at the airports to offer both legal and emotional support when the attempt at a travel ban was first enacted.

As the travel ban is a dark period in America (and will be viewed as such), two similar blights in American history widen the lens for perspective.  Although these are inexcusably shameful moments in American history, they also give me courage.  America has gone through periods wherein stereotypes and fear drove dangerous and painful narratives.

The first is the ocean liner The St. Louis. During World War II, America denied entry of the St. Louis whose passengers were Jews, mostly children, fleeing the horrors of Nazi Germany. The St. Louis was forced back to Germany and hundreds of children were then murdered by the Nazis in their camps.

The second were the “Jim Crow Laws.” When the Civil War ended in 1865, black people were no longer considered slaves; however, in the South, they were not given the same rights as white people. “Jim Crow Laws” enforced separate bathrooms, drinking fountains, restaurants, hospitals, libraries, schools and so on for blacks and whites. Although clearly racial discrimination, in 1896 The U.S. Supreme Court in Plessy v. Ferguson ruled that “separate but equal” was constitutional and it held to be the law of the land.

The travel ban, attacks on DACA and many other minority groups, feel like “Jim Crow laws” to me in that they reflect a reaction to a shift in a perceived social-political hierarchy of power. The Plessy v. Ferguson ruling reminds me that the courts are made of people who bring their own prejudices where justice should prevail.

Eventually, America welcomed thousands of Jewish refugees who have contributed greatly to this country. The Civil Rights Act of 1964 eradicated the Jim Crow laws and now the idea of a black person not being allowed to eat in any restaurant is unthinkable.

Even as we recognize that The St. Louis and Jim Crow Laws represent the worst of our tribal nature–of the belief that “some” human lives are more “worthy” than others–we must also recognize the millions of people who rallied, who resisted, who marched and who, by their refusal to accept such injustices, changed the world.

This is where I find my courage–when we learn about each other, when we open not just our hearts, but our minds–this is where the light shines.  Every society is marred by mistakes, missteps and fear.  Let us embrace them and in doing so, let us learn.  I continue to have faith that this dark period in American history will also be righted through knowledge, understanding and truth.

When my heart breaks for the refugees wanting desperately to come to America, I find peace in the words of Dr. Martin Luther King, “The arc of the moral universe is long, but it bends towards justice.”

Gold medal wrestler and Hall of Fame Coach Reza Abedi (above left) and his younger brother are pictured here as college students.  They were both granted Visas by the U.S. Government as part of large group of Iranians welcomed into America in the early 1980s.