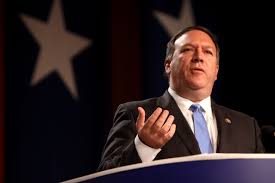 As I prepare to attend a public meeting with Iranian-Americans hosted by Secretary Pompeo in Los Angeles this weekend, I am struck by the contrast with the private meetings held in the White House during the Obama Administration.

From 2012 to 2014, I was honored to participate in a series of roundtables hosted at the White House. The Administration convened Iranian-Americans specifically to discuss US policy toward Iran, to understand how these citizens who had left their homeland would provide insight to inform US policy makers. And yet, although I attended multiple sessions, I was an outsider.

There were several factors. Typically, I was the only Jewish participant in the room – a fact that other participants pointed out more than once. But perhaps more significantly, often I was the only person who openly questioned the policies and practices of the government. Most of the other people at the table seemed to be optimistic about the regime, to create equivalences with the US when questioned about its serial human rights violations, and to dismiss its explicit anti-American, anti-Western dogma as factional politics.

In time, these conversations moved to the nascent Iranian nuclear program and it became clear that pundits and politicians felt there were only two options: lifting the sanctions and crafting a nuclear deal or taking drastic military action. Now, patriotic Iranians like myself despise the thought of war against our beloved homeland. The inevitable loss of innocent lives, the potential destruction of our historic landmarks, the probable economic devastation and human suffering — the prospect of such horrors repulse Iranian-Americans. I personally lived through the Iran- Iraq-war and I certainly would never want anyone to relive the horror that we endured.

I personally lived through the Iran- Iraq-war and I certainly would never want anyone to relive the horror that we endured.

And yet, I also could not imagine the notion of normalizing an abnormal government that regularly terrorizes its own citizens. Lifting sanctions on a regime that jails and tortures dissidents, practices institutional discrimination against women and minorities, disqualifies thousands of candidates from participating in elections, and competes for the world’s highest rate of executions per-capita? Relieving the pressure on such a regime was not something I could square.

Although I was neither a nuclear expert nor a national security wonk, I was hoping that policy makers would try a different approach. I wanted to hear how they were considering strategies to halt the potential nuclearization of Iran without normalizing the regime. I wanted to know how they would avoid violence but elevate values. I was hoping to hear an emphasis on the inalienable rights of the Iranian people, especially women and those hailing from refugees and minorities groups who are marginalized by Islamic Republic systemic racism and institutional discrimination.

As we know, such ideas never materialized. Some might say the opposite ensued. For the next five years, myself and many of my colleagues who simply advocated for an improvement of human rights as a condition for sanctions relief bizarrely were accused of politicizing the issue or even slandered as “warmongers.” Ultimately, the narrative that emerged from these Iran roundtables manifested into policy at the negotiation tables.

We saw human rights, not only excluded from the JCPOA, but entirely left off the US-Iran agenda.

Predictably, the nuclear agreement failed to reverse the hostility of the regime. Whether humiliating American seamen in front of the world, demanding cash payments in the dead of night or kidnapping Iranian-Americans visiting their homeland, Iran maintained the kinds of policies that always characterized its relations with the US.

At the same time, the regime squandered the potential economic dividend of the JCPOA. It continue to pursue policies that enriched the elites but created hardship for ordinary Iranians. Living conditions failed to improve. And we saw an increase in unemployment, poverty, even water scarcity. These failures ended the era of bogeyman politics and finger pointing, blaming the west for Iran’s continued problems.

Despite the claims of some armchair pundits, these devastating “post-reform” conditions were the spark that prompted the Iranian people to take to the streets and attempt to seize their destiny over the past several months. It was the failure of reform and JCPOA, not the propaganda of self-proclaimed leaders abroad, pushed men and women in cities and towns across the country to risk their lives and protest the government. This sentiment inspired the chant – “Our enemy is here, they lied when they said it was the US.”

This weekend, Secretary of State Mike Pompeo is coming to Los Angeles and holding a highly-anticipated gathering for Iranian-Americans. As I prepare to attend this dinner, I find myself in conversations with skeptics who question the Administration’s motives. And, indeed, the Trump administration has faced some criticism. Banning Iranians from entering the US based on little more than their nationality is a an imperfect policy that stigmatizes people. Cozying up to controversial groups such as the MEK, an organization with a well-documented history of terrorism, is far from the most effective way to encourage democracy in Iran.

But unlike the time when America inexplicably ignored the cries of the protesters who risked their lives in the 2009 Green Revolution, the State Department is organizing this event after months of daily tweets and messages of solidarity with those Iranians who have been marching in the streets. Furthermore, rather than convening small groups of Iranian-Americans in small, unaccountable private sessions, this event is in a large-scale public setting in a state where the majority of Iranian-Americans reside. It strikes me as a demonstration of respect for the community and reveals a genuine interest in a hearing a diversity of opinions. The link to RSVP for the event even provides attendees with an opportunity to submit a question to the Secretary of State, allowing people openly to share their concerns without fear of groupthink.

Secretary Pompeo also made his Iran priorities clear. His 12-point plan, though criticized for its ambitious scope, is an illustration of high standards and accountability that the US administration holds for Iranian government and its people. Demanding that Iranian government ends its proxy-wars and nuclearization program is not a declaration of war; it’s an invitation for peace.   Those who intentionally or naively flip this equation, are laying the groundwork to justify the regime’s possible preemptive aggression.

Despite the many disagreements within our community, Iranian-Americans overwhelmingly agree on the sanctity of Iran’s soil, the inviolate nature of its geographic boundaries, and the right of the Iranian people to self-determination. The courage and cries of the Iranian protesters should serve as a wake-up call for the Iranians living in the diaspora to forget their petty politics. Now is the time to defend the rights of ordinary Iranians to determine their own future rather than submit to one imposed upon them by internal dictators or external opportunists.

If Iranian-Americans want to help our brothers and sisters back home in Iran, we should be able to rise above partisanship and, instead, pursue the values of peace and patriotism. To that end, it is sensible to engage with any elected government that wishes to empower the people of Iran. The hundreds of Iranian-Americans who are showing up at the Reagan Library to hear Secretary Pompeo this Sunday are taking a step in that direction.