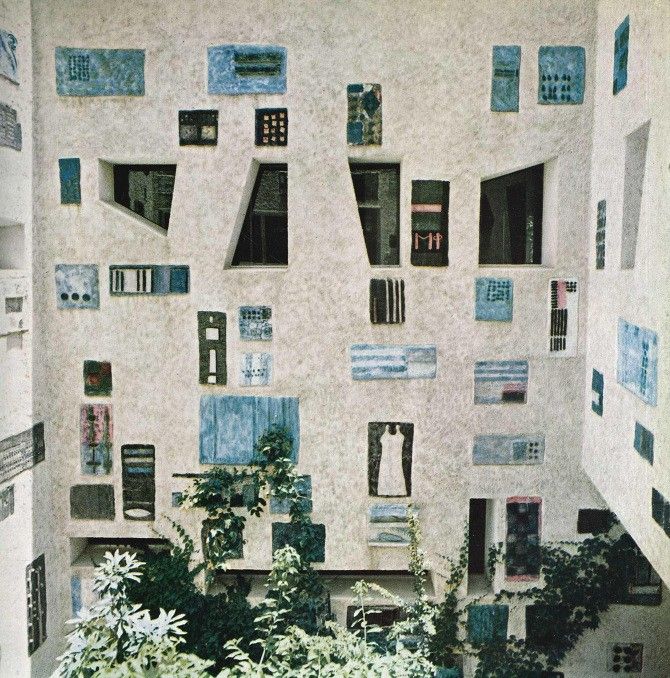 The Villa Namazee in Tehran by the famed Italian Modernist Architect Gio Ponti is one of only three villas that he designed in the world, and one of only two of his buildings in the Middle East. Built in the early 1960’s in collaboration with the artist Fausto Melotti, the design is based on the traditional Iranian courtyard house, and Ponti designed everything down to the furniture. It was commissioned by the affluent Namazee family after their consultation with the architect and Dean of the Faculty of Fine Arts at Tehran University, Mohsen Forooghi, who recommended they employ Ponti. After the revolution, the house and the protected property upon which it stands, were seized by the new regime – a practice that was entirely common in the period immediately following the fall of Mohammad Reza Shah. Since being taken from its original owners nearly 40 years ago, it has fallen into contention and its fate now sits on a bedrock of confusion and instability, favouring individual and commercial interests over and above the cultural and historical.

Not much is known about the life of the property when it was owned by the Namazee family, but part of its folklore is that it was frequented by the poet Forough Farrokhzad. Immediately after the revolution when the property was seized, it was used as a government Registry Office, until it was eventually sold by the state to a man called Haj Ahmad Abrishami, the Iran representative for Nokia in the 90’s. According to official documentation from the Cultural Heritage, Handicrafts, and Tourism Association of Tehran (CHHTA), Abrishami obtained heritage status for the house in 2007 through vice-president Esfandiyar Rahim Mashaee. In 2012 ownership was transferred to someone by the name of Nasser Saffari about whom nothing is known, except that he has close ties to the regime. It can only properly be assumed that he is a commercial developer as the property has remained empty since the change of ownership.

Immediately after Saffari purchased the house, he applied for planning permission to construct a 20 storey hotel on the site, which included within its terms the demolition of any existing property as well as a construction permit. The permit was granted immediately by the regional arm of the CHHTA, who had no legal jurisdiction over the vice-president, and in the same year Saffari applied to have the heritage status of the building revoked. The new hotel proposal was designed by an architect by the name of Farzad Daliri, who seems to specialise in shopping malls and hotels of the kind of stylistic property that one might only call uninspired, aiming to make Tehran look more like Dubai than the city that it is with a vast history behind it.

The revocation of the heritage status was not immediately granted, however, and Saffari took the CHHTA to court on the basis of Antiquity Law of 1309 – receiving a ruling in his favour. The law says anything up to 1794 cannot have its heritage status removed, which means anything after that year is fair game. While the villa falls within the remit of this law, it disregards the reasons and merits that it possessed for it to be awarded the status in the first place. The Mayor of Tehran from 2005-2017, Mohammad Qalibaf, with a chequered past in suppressing the student uprisings of 1999, was officially called upon to halt the legalities or restore ownership to the state. There is no locatable response on the matter.

Despite such efforts, on July 27th 2016 the heritage status was removed, and although there was an uproar from the architecture community within Iran (an anonymous group of activists, by the name of ‘Tehran Historical Houses’, opposed the demolition and got the word out of Iran) the efforts have come to no legally binding fruition.

The prospect of the ease of destruction of 19th and 20th century architectural history seems implausible to most of us, but in Iran where deregulation is the norm and not the exception, concerns over the villas future had been documented as early as 2007. There is also concern from the architecture community that deregulation of the planning system has been going on for years and ‘wildcat’ speculations have targeted entire residential districts where any building may be left derelict or demolished at any time, and they often are.

The Modernist house of Queen Touran was demolished in the middle of the night in late 2016; Rahnama House, of the Qajar era, currently sits in a state of dereliction; Kakhe Morvarid, the residence of Princess Shams Pahlavi, designed by Frank Lloyd Wright, a world famous architect of the early 20th century who designed the Guggenheim in New York, is the only building of his in Iran, seized by the state and stands empty and crumbling; the list of buildings like this goes on. Deregulation makes the building industry a free-for-all, where a lot of money is to be made by individuals and the city. Some 80% of Tehran’s revenue between 2005-17 came from selling construction permits, although they are owed a reported $12billion in unpaid debts. Heritage status does not seem to ensure conservation in light of a deregulated planning system where financial interests rule. 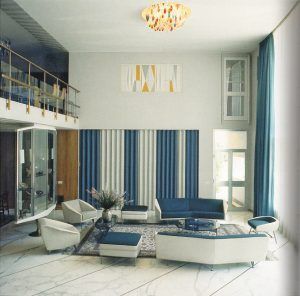 The treatment of heritage in Iran currently sits within the ever-changing political context, and the CHHTA is a direct arm of that system. More than six people have held the post of vice-president in the last six years, the most recent of which – Ali Asghar Mounesan – has only had experience with tourism in the free-island of Kish. In most countries, it would be deemed inappropriate for cultural and national identity expressed through architectural heritage to enter the political arena and a level of expertise in architecture and its history would reasonably be expected. There has been a failure by the regime to protect, or even discuss, two centuries of architectural and national history – not just of Iran, and what that means for the evolution of Iranian identity, but also part of that history that is shared with the rest of the world too.