Johnson and Pompeo talked about the Middle East peace process, and  the Iran arms embargo embedded in the  2015 nuclear deal which is due to run out in October, during the meeting in Downing Street.

Other topics discussed included China, a post Brexit UK-U.S. trade deal and the death of British teenager Harry Dunn, who was killed in a traffic accident by Anne Sacholas, the wife of a U.S. diplomat.

Dominic Raab met Pompeo at a separate meeting to talk about the Middle East and what Raab called a range of “bilateral issues.”

Iraq’s Prime Minister Mustafa al-Kadhimi traveled to Tehran to meet with Iran’s Supreme Leader Ali Khamenei, on his first international trip since taking office in May. Separately, Iran’s Foreign Minister Mohammad Javad Zarif traveled to Baghdad, where he visited the site at which former Quds Commander Qassem Soleimani was killed by a U.S. drone strike.

A man accused by the Iranian government of spying for the CIA was executed on Monday. Iran’s judiciary said Mahmoud Mousavi-Majd had spied on former Quds Force chief Qassem Soleimani and had held meetings with members of the CIA and Israel’s intelligence service, Mossad.

However, executions for the three men involved in the November protests were suspended, after domestic pressure and a global online campaign to stop the executions went viral last week.

The international community also responded to the sentences. U.S. President Donald trump, the German government and the United Nations all condemned the verdict. One of the men’s lawyers, Dr Babak Paknia, announced on July 19 that the supreme court had agreed to review the death sentences.

And the transcript from the black boxes of the downed Ukrainian passenger jet showed that there had been illegal interference with the plane. The airplane was shot down by Iran’s security forces on January 8 after forces mistook it for a missile, during a period of heightened tension in the region. The announcement was made on Twitter, by Ukraine’s deputy foreign minister. 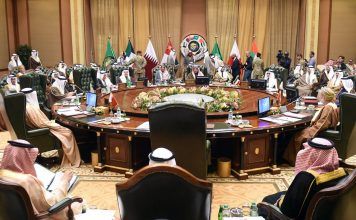