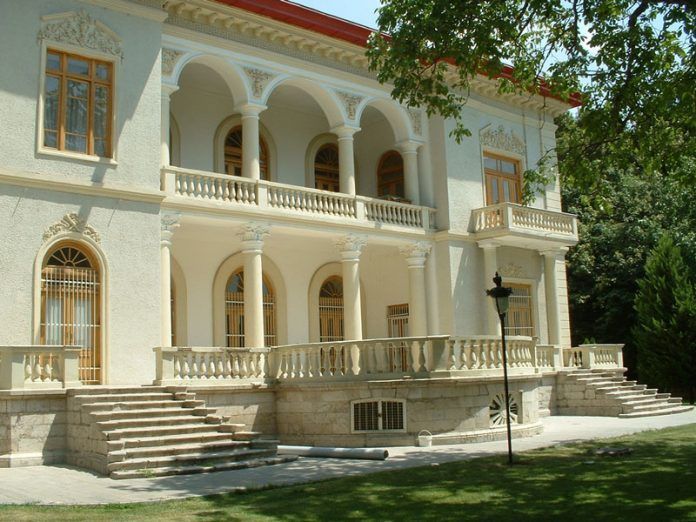 Legal disputes over the rightful ownership of Sa’dabad Royal Complex continue between the Iran Cultural Heritage, Handicrafts and Tourism Organization (ICHTO) and Bonyad-e Mostazafan va Janbazan (Foundation of the Oppressed and Disabled or MFJ).

The MFJ is one of the top economic entities in the Middle East.  Closely associated to the Islamic Revolutionary Guards Corps, MFJ controls over 180 companies with an estimated value of more than $3 billion.  It enjoys tax exempt status and customs privileges.

The Sa’dabad Royal Complex was built and expanded by the Qajar and Pahlavi dynasties. The sprawling complex of palaces is located in Tehran’s northern section of Shemiran, and is currently the official residence of the president of Iran.

The legal battle over control of the complex started when President Rouhani’s government requested that the deeds for Sa’dabad and a number of other historic sites, including Niavaran Complex (also in Shemiran), and Marmar (Marble) Palace to be amended with the motive to transfer their ownerships to the government.

The deed to Sa’dabad Complex was transferred to the MFJ in 1984. However, the MFJ has never exercised its rights of ownership in the past 33 years. It has always maintained that the ICHHTO was in charge of the complex.

Ayatollah Ruhollah Khomeini, declared back on 3 December, 1978, “These treasures don’t belong to the government, they should be administered by the Council of the Islamic Revolution. The government should return everything it has appropriated to date.” The MFJ has used this statement to legitimise its claim of ownership over Sa’dabad and Niavaran palaces.

After the government pushed for the amendment to the deeds, the MJF rushed to assert its ownership claim over the two complexes. Branch 6 of the Revolutionary Court ruled in favour of the MFJ in March, 2017. However, Mohammad Hossein Talebian, deputy director of the ICHTO insists, “These palaces are part of the cultural heritage of the country. Sa’dabad and Niavaran have been distinguished for their exquisite design in a published study of international architecture.”

The dispute between MFJ and the ICHTO reached its peak in 2008. Hamid Baqaei, deputy head of the ICHTO at the time, asked the administrator of Sa’dabad Complex to void the deed for the palace. In response, the deputy director of the MFJ filed a complaint with a Revolutionary Court, asking for clarification regarding the ownership of both complexes.

Former Vice President Mohammad Rahimi, sent a letter to the head of the MFJ, Mohammad Reza Forouzandeh in September, 2008, reasserting the ICHTO’s ownership of both Sa’dabad and Niavaran palaces – citing the ruling by the Council of the Islamic Revolution in 1980. However, the MFJ has been able to retain its ownership of the two palaces, following a preliminary court’s ruling.

In 1980, the Council of the Islamic Revolution introduced a bill calling for the Ministry of Education to take over the administration of Sa’dabad and Niavaran with the intention of converting the two sites into museums and parks. The proposal was ratified by the Majlis (Iranian parliament) the following year. Article one of the bill states, “ Sa’dabad and Niavaran complexes are to be placed in the care of the Ministry of Education to be used as museums and parks.”

Kayhan-London recently interviewed a legal expert and former employee of ICHTO. “ Shortly after the Islamic Revolution of 1979, the MFJ appropriated the properties of the royal court and the ruling elites. However, a handful of astute individuals took the initiative and offered an equal partnership to MFJ in order to maintain some degree of ownership of their lands. The MFJ assumed ownerships of the properties of anyone who either left Iran or was executed during those turbulent days. The MFJ is a giant economic entity under the direct supervision of the Supreme Leader Ayatollah Khamenei. It will do its utmost to appropriate the two complexes. The current fight over the two sites is waged between the leadership and the government.”

This legal expert believes that the dispute will ultimately be settled by the Majlis. It will most likely grant ownership to the ICHTO, because many of the institutions under the care of the MFJ have gone bankrupt in recent years, including Tamashagah-e Tarikh (History museum) in Tehran which has been completely abandoned.

“There is a move by the current government to convert the MFJ into a ministry, thereby giving it more executive power. The MFJ, however, would like to take over the two sites before morphing into a ministry. This is unlikely to happen particularly during the elections. If the ruling of the preliminary court is upheld, then the MFJ will retain ownership of the two complexes, but ICHTO will be appointed as the caretaker of the historic sites” the legal source asserts.

The MFJ has a dismal record of looking after historic sites under its control, including Morvarid (Pearl) Palace, which was the official residence of Princess Shams, the second daughter of Reza Shah, the founder of the Pahlavi dynasty.

The majority of the complex is currently occupied by a local Basij chapter that is neglecting its upkeep. The Morvarid Palace was under the control of the MFJ for three decades, but ICHTO was able to take over its administration. Many parts of the palace have suffered serious damage over the years. The complex had reportedly housed a church and a runway for aeroplanes at one point, all of which have since been destroyed.