Kayhan Life is an independent media outlet focusing on Iran. We offer in-depth news coverage of Iran’s politics, economy, society, and culture, and spotlight prominent Iranians around the world. Kayhan Life is the latest addition to the Kayhan family, which also includes our Persian-language site, Kayhan London.

Kayhan Life is heir to the distinguished legacy of the Kayhan Newspaper. Originally launched during the Second World War, Kayhan became Iran’s most widely read and circulated broadsheet, before extending its reach internationally to more than 37 countries.

Following the confiscation of the Kayhan Newspaper after the Islamic Revolution, Iran’s government transformed the liberal broadsheet into a hardline newspaper. As a result, the newspaper’s original founder established Kayhan London in 1984, uniting a community that was scattered across five continents, and providing them with real news and information on Iran. With the advent of the Internet, Kayhan developed its presence online, eventually welcoming over one million visitors a month to the site. The paper celebrated its 70th anniversary in 2017.

The name Kayhan, which means universe in Persian, encapsulates our journalistic philosophy: a well-rounded, all-encompassing news service that defends freedom of the press and the liberal values of pluralism, including ethnic, sexual and religious diversity, and a culture of openness and tolerance.

Kayhan Life is proud to represent the next generation, working with passionate journalists and organizations who share our commitment to the truth and who strive to offer a platform that allows Iranians and those with an interest in Iran to communicate freely.

To Learn more about Your Kayhan Life

Kayhan from Tehran to London 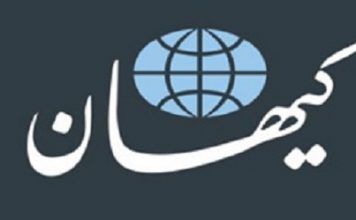 From Tehran To London: A Brief History of Kayhan