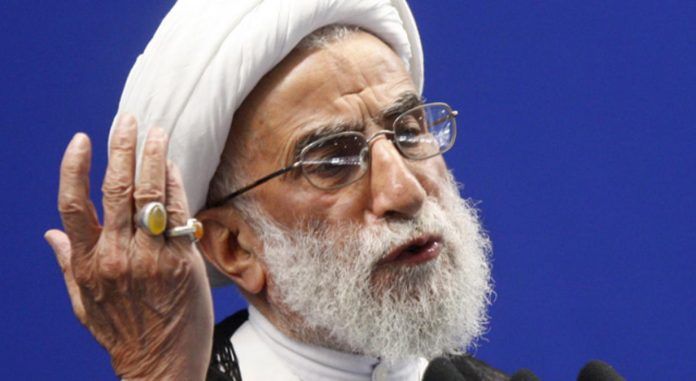 In an official letter, Ahmad Jannati, chairman of the Guardian Council, has argued in support of banning religious minorities from participating in Iran’s municipal elections. Jannati asserts that“ following a careful review of the Guardian Council’s Articles 9 and 21, and Clause 1 of Article 26 of the Constitution that pertain to municipal and mayoral elections, a directive has been issued to election officials; the majority of Iranians are Muslims. Islam is the country’s official religion. We are aware that some members of religious minorities have registered in municipal elections. However, their participation in the elections is against Islamic principles and violates Clause 1 and Article 26 of the election laws as outlined in Imam Khomeini’s anthology of speeches (Sahife-ye Imam, volume 6, and page 31) published in 1979.”

Jannati’s order contradicts the country’s current election laws for city and township councils that were ratified in 1978. His assertion is based solely on comments made in 1979 by the founder of the Islamic Republic, Ayatollah Ruhollah Khomeini, to a group of athletes.  Article 26 of the Constitution on the city and township elections states, “candidates should be Iranian citizens and 25 years or older. They should be devout Muslims and be faithful to the Constitution.” Clause 1 of the article points out that “members of other religions that are recognized by the Constitution, must demonstrably practice their respective faiths.” The law, undeniably, allows members of Zoroastrian, Christian and Jewish faiths to participate in city and township elections.

However, religious minorities, including Sunni Muslims have been disqualified in previous elections. Sepanta Niknam, a Zoroastrian candidate in the forthcoming Yazd city council election has been disqualified. Mohammad Mehdi Horrzadeh, posted an article on Serat News, after a fellow Zoroastrian was disqualified in his bid to run as a city councillor. Horrzadeh wrote that “members of religious minorities are protected by their Muslim allies as long as they promise not to act against Islam.” He argued that “Islam would never allow any non-Muslim to reach a position of leadership or authority and exert power and influence over the Muslim population.”

In an interview with Kayhan-London, Garshaseb Izadi, a Zoroastrian businessman who lives in Tehran, said: “we must view Jannati’s letter within the context of the May elections. Most religious minorities, even Sunni Muslims, will most likely cast their votes for Hassan Rouhani and reformist candidates in the May presidential and municipal elections. In his letter, Jannati warns that the defeat of conservative candidates in the elections could have dire consequences for religious minorities, should the latter’s vote ensure a win for Rouhani and the reformists.”

It is not clear if Jannati’s letter also excludes Sunni Muslims from the election process. The letter refers to the country’s official religion, namely Shia, but only the word Islam appears in the rest of the text. Responding to Jannati’s letter, Shahed Alavi, a Sunni Kurd journalist, wrote: “ it would appear that in Ayatollah Jannati’s view, Imam Khomeini’s comments made in 1979 override the 1995 law. He considers Ayatollah Khomeini’s unofficial remarks to be part of Islamic cannons.” In conclusion, Alavi argued: “Jannati condemns all those who, in his view, have not been enlightened through true faith. By depriving religious minorities from their civil rights, authorities aim to create a homogenous Shia country.”

In a programme aired on 6 April 2017, the founder of the Qom-based Velayat TV unleashed unprecedented insults at Molavi Abdolhamid Esmail Zehi, the leader of Sunni Muslims of Baluchestan. The incident proved so embarrassing that the office of Ayatollah Makarem Shirazi, a staunch supporter of the TV station, was forced to distance itself from the programme. Abodolsattar Doshoki, the director of the centre for Baluchestan studies in London, believes that the recent attacks on Esmail Zehi might have been caused by the close relationships between Sunni religious leaders and President Rouhani. Speaking to Kayhan-London, Doshoki said: “Esmail Zehi and other Sunni leaders have had cordial relationships with the government. In view of the current regional climate and tensions between Iran and Saudi Arabia, the regime would benefit from any division or hostility.” Doshoki added: “ Sunni leaders have been urging people to vote in the May election. The attack on Sunni leaders is not a new phenomenon. Esmail Zehi has been accused of being an ISIS sympathizer in the past.”

Doshoki concluded his remarks by stating that, “Rouhani enjoys a great deal of support in Baluchestan, so attacking Baluchi Sunnis could be part of a bigger strategy launched against Rouhani by his opponents. By generating anger among the Baluchi Sunnis, they hope to prompt Rouhani supporters to boycott the elections, thereby lowering Rouhani’s chances of winning the election.”