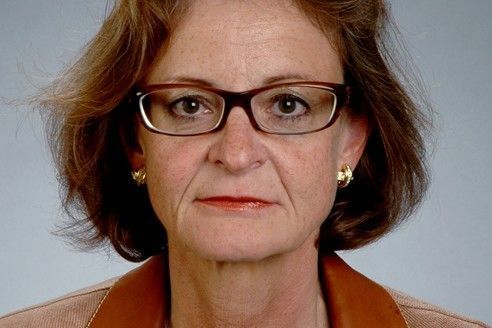 By Karin Strohecker and Bozorgmehr Sharafedin

May 18, 2017 LONDON (Reuters) – In February 2016, Helga Kern boarded a plane to Iran, registered with the depository to trade stocks and within weeks opened a broker account and started buying shares, all with the aim of launching an Iran fund for Western investors.

But on the eve of Friday’s presidential election in Iran, Kern, who is a managing partner at Swiss fund advisory firm KK Research, has little hope that other investors will emulate her dash into the oil-rich country which had appeared on the verge of ending three decades of isolation.

“If you had asked me a year ago, I would have been more optimistic,” said Kern, who still travels to Iran regularly but for now focuses on research on Iranian firms and industries. The launch of the investment fund has been postponed.

“At the time I was very much convinced that Iran would open up fast – but now I would put a question mark over the ‘fast’,” she told Reuters from Zurich.

Frontier investors — a category of money managers ready to venture into riskier and less developed destinations — were abuzz after Iran signed a deal with six major powers in 2015 curbing Tehran’s nuclear programme in exchange for the lifting of oil bans and most financial sanctions.

But logistics and politics, both inside and outside Iran, have made it hard to translate the excitement into actual foreign fund flows.

That is crucial because often such portfolio investors and private equity funds are the ones who usually first venture into a market, before actual bricks-and-mortar direct investment starts flowing.

Kern’s experience mirrors that of the big energy firms and carmakers which have put Iranian ambitions on hold, citing red tape, a possible return of sanctions and even an election victory for anti-West hardliners.

Iran’s Securities and Exchange Organisation (SEO), however, is keen to stress foreign interest is high and things are actually moving. It told Reuters in an e-mail that foreign investment in Iranian securities and mutual funds had risen by between 100 and 250 percent since the nuclear deal.

But the share held by portfolio investment funds is still thought to be small. Clemente Cappello, chief investment officer at Sturgeon Capital, an asset manager which set up a specialist Iran fund in late 2015, estimates that less than 50 million euros of portfolio flows have gone into Tehran stocks in the past two years.

“We are in it for the long run,” said Cappello, adding his Iran fund had 5-10 million euros invested.

“What we hope is that the market will do well over time. Foreign flows are a big catalyst, but of course it is not known when that will actually come.”

Sturgeon is not the only foreign fund in Iran. Frontier asset manager Charlemagne Capital launched a joint-venture with Iran’s Turquoise Partners in January 2016. http://reut.rs/1JnUAZK

“It’s very rare that you get an opportunity to invest before the U.S. and before markets are fully integrated,” Wojtal said.

But he has already run up against red tape, having taken nine months to open an Iranian bank account.

The SOE acknowledged the difficulties of transferring money in and out of Iran. International banks, fearful of U.S. restrictions, remain reluctant to get involved.

This cut transaction costs to below 50 basis points compared to more than 2 percent the fund paid in 2016. But the process remains cumbersome, requiring minute detail such as what the money was for and why it was sent out, making it hard for day-to-day use, said Sturgeon’s Farsi-speaking equity analyst Kiyan Zandiyeh.

Kern, who put her personal money to work and bought shares, bonds and funds to test the system which she found worked well, said she too stumbled at getting money in and out.

Nonetheless, Iranian stocks are an attractive proposition, said Cappello. Inflation, once above 40 percent, has dropped to single digits and the economy grew 7.4 percent in real terms over the past year.

Wojtal of the soon-to-be-launched Amtelon fund said a third of the 600 listed Iranian firms were interesting, adding another advantage was that these shares were usually unaffected by global events such as Brexit or Fed policy.

Big mainstream fund managers, currently restricted due to their operations in the United States, say they have no doubt they will some day be investing in Iran.

“We are potentially hugely excited about the Iranian economy — it could be the biggest in frontier markets, they have world class companies and world class people,” said Carlos Hardenberg, director frontier markets strategy at the Templeton Emerging Markets group.

“In ten years time, we will be invested in Iran.”