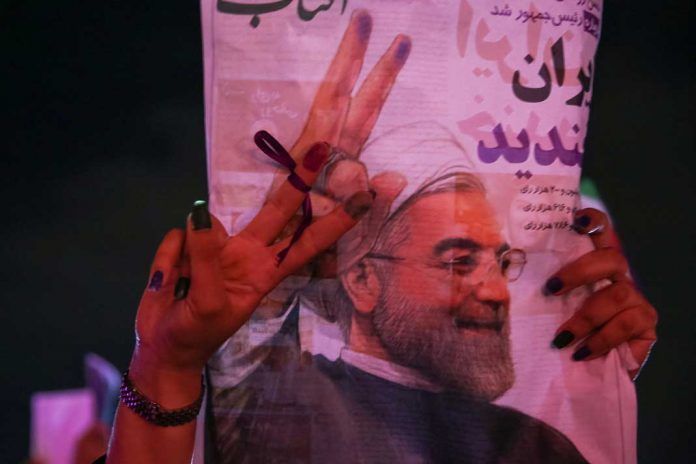 LONDON (Reuters) – Iranian hardliners indignant at President Hassan Rouhani’s re-election vowed on Sunday to press their conservative agenda, with some saying his caustic campaign trail attacks on their candidate would bring a backlash.

Rouhani won decisively with 57 percent of the vote on Friday, with promises of more engagement with the outside world, more economic opportunities for Iran’s youth, as well as social justice, individual freedoms and political tolerance.

The president, known for decades as a conciliatory figure, remade himself on the campaign trail as a reformist political street fighter, accusing hardliners of brutality and corruption in language that frequently strained at the boundaries of what is permitted in Iran. At one point, Supreme Leader Ayatollah Ali Khamenei called rhetoric in a TV debate “unworthy”.

In his victory speech, Rouhani continued to sound his defiant note, saying the nation had chosen “the path of interaction with the world, away from violence and extremism.”

Some conservatives were further angered when Rouhani’s supporters danced and sang in the streets in some cities on Saturday evening to celebrate his victory. Men and women participated together, testing the strict rules meant to enforce sexual segregation in public in Iran.

The victory for the reform camp went beyond the presidency: in Tehran, Rouhani allies won all 21 seats on the city council, defeating conservatives who had controlled it for 14 years.

Rouhani’s defeated rival, hardline judge Ebrahim Raisi, a protege of Khamenei, said in his first comments after the election that the almost 16 million voters who supported him must not be ignored.

“Enjoying such support, I will continue my fight against corruption and inequality and my efforts to solidify the values of the Islamic Revolution,” Raisi, who received 38 percent of the vote, said in statement.

A pro-Raisi coalition of conservative parties and clerical bodies told its supporters on Sunday the election was “not the end, but just a beginning”.

“We failed in our first step to form a government. But 16 million votes shows a real demand for change,” the Front of Islamic Revolution Forces said in a statement.

An Iranian journalist who had spoken to Raisi supporters after the election told Reuters they were furious at the way the president had spoken about their candidate and themselves.

“We do not seek a fight, it is Rouhani who has taken a confrontational approach,” the journalist quoted one of the Raisi supporters as having told him.

“Rouhani called Raisi supporters extremist and violent. How can a president insult 16 million people of his country? His sarcastic comments against the Supreme Leader and the security forces show he wants to pick a fight.”

On the internet, other conservatives complained about the post-election celebrations. A Raisi supporter identified as Mostafa Allali said on Twitter: “It was obscene to see boys and girls were dancing in the streets. My wife said let’s go home before God’s wrath falls on us.”

Hardline media rumbled with discontent about the outcome. The daily Kayhan, whose head is named by Khamenei, said that Raisi would have at least doubled his votes if he had been given the coverage Rouhani enjoys as president.

The Ammar website, which reflects the views of the Basij hardline volunteer militia, wrote: “Hassan Rouhani can for a month destroy the judiciary, the Revolutionary Guards and the Basij and … and no one can tell him anything?”

Yet most hardline politicians have been more reserved, at least in public, choosing to follow Khamenei’s lead in saying that the election’s high turnout was a victory for the Islamic ruling system, without focusing on the outcome.

“Unfortunately, instead of accepting the message issued by the results, they are hiding behind congratulations to society and the system over the high turnout,” Zibakalam wrote in the daily Ghanoon.