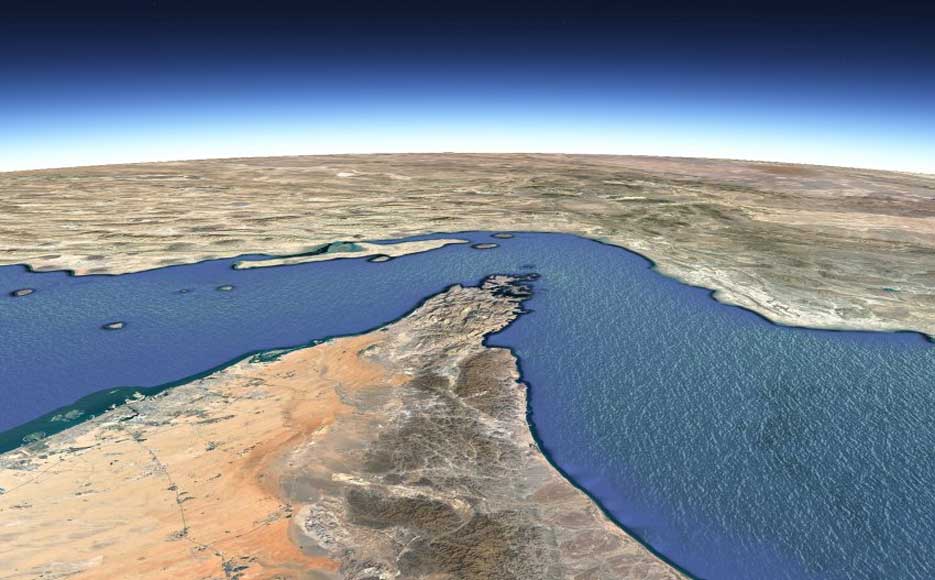 As the U.S. prepares to impose a new set of sanctions on Iran sometimes in early November, Tehran is threatening to disrupt the flow of oil in the Persian Gulf. The following is an analysis headline “Can Iran paralyze the oil trade?” by the German weekly Der Spiegel’s economics editor, Andreas Albert.

In an all-caps tweet on July 22, President Donald Trump warned his Iranian counterpart Hassan Rouhani to “NEVER, EVER THREATEN THE UNITED STATES AGAIN, OR YOU WILL SUFFER CONSEQUENCES THE LIKES OF WHICH FEW THROUGHOUT HISTORY HAVE EVER SUFFERED BEFORE.”

Mr. Trump’s comments were in response to President Rouhani’s remarks a day earlier, in which he had warned the U.S. “Not to play with lion’s tail because you will regret it eternally.” Mr. Rouhani had also warned that Iran might disrupt the flow of oil in the Persian Gulf.

The war of words between Washington and Tehran has escalated since Trump’s withdrawal from the 2015 Joint Comprehensive Plan of action (JCPOA), better known as the Iran nuclear deal, in May. The looming sanctions will cripple Iran’s economy. One of Washington’s objective is to halt Iran’s oil export entirely by November.

However, Iran is not without a trick up its sleeve. It can disrupt the flow of oil in the Strait of Hormuz – the only navigable waterway between the Persian Gulf and the Gulf of Oman.

For the U.S., the Strait of Hormuz is one of the most strategic spots in the world, at least as far as the transport of oil is concerned. More than 18.5 million barrels of oil moved through the narrow corridor every day in 2016. This amount has gone up by 9 percent in 2018. Close to 30 percent of the world’s seaborne oil trade passes through the strait.

At its narrowest, the Strait of Hormuz has a width of 29 nautical miles (54 km). The territorial waters on both sides allow only for a narrow corridor. The Shipping lanes are about 3.7 kilometers in each direction. The strait is 3,000 meters deep, allowing most massive tankers with the dead weight of 500,000 tons to pass through.

According to the U.S. Energy Information Administration (EIA), most of the oil destined for Asian markets pass through the Strait of Hormuz – with more than 80 percent delivered to China, Japan, India, South Korea and Singapore.

The strait is also vital for transporting gas. Qatar imported nearly 104 billion cubic meters of liquid petroleum gas (LPG) in 2016. That is 30 percent of the world’s entire trading volume.

Saudi Arabia and the United Arab Emirates (UAE) are the only two countries not using the strait to transport their oil out of the Persian Gulf. They used dedicated pipelines to carry 6.6 million barrels of oil a day in 2016. Both countries plan to increase their output and end their dependency on the Strait of Hormuz altogether. According to Stratfor, an American geopolitical intelligence platform and publisher, the UAE plans to ship half of its daily oil output to the Gulf of Oman through the port of Fujairah pipeline.

The corridor between Iran and the Omani peninsula of Musandam Governorate is very narrow and therefore can be controlled through minimal military effort. However, the Islamic Revolutionary Guards Corps (IRGC) and the Iranian Navy wouldn’t stand a chance against the U.S. forces in a direct military conflict.

The U.S. Fifth Fleet and the assault ship USS Iwo Jima (LHD-7) are currently stationed in Bahrain. However, there are no U.S. aircraft carriers in the Persian Gulf region at the moment. The IRGC is using speedboats to compensate for Iran’s naval disadvantage against the U.S.’ firepower. The speedboats are armed with Chinese and cruise missiles which can hit their targets with high accuracy.

Steffen Bukold, head of the Hamburg energy information service EnergyComment (Strategies in Transition), says: “Major insurance companies would not provide coverage to shipping companies if Iran were to threaten to mine the strait.”

Iranian military harassed the U.S. naval forces from time to time until the end of last year. For instance, Iranian speedboats would approach U.S. warships patrolling the Persian Gulf. On other occasions, unmanned aerial vehicle (drones) flew over U.S. aircraft parked on the ground. However, according to the U.S. naval forces in the region, Iran stopped harassing the American forces since Trump became president.

In January 2016, the IRGC forces detained 10 crew members of a U.S. naval patrol ship that had entered Iranian territorial waters after experiencing difficulties with its tracking system. However, Iran released the sailors a day later. Tehran used the video footage, showing the crew down on their knees with their hands behind their heads, for domestic propaganda. Those images angered many U.S. Republicans.

Mr. Bukold says that it is not clear if the hostilities between Iran and the U.S. would lead to war, but thinks a confrontation is highly unlikely. Tehran has always stopped short of escalating the conflict with the U.S. to a critical level. However, the new set of U.S. sanctions will have a significant impact on the country’s economy. Many foreign businesses have either left or are in the process of pulling out of Iran.

Turkey’s only oil refiner Tupras has significantly reduced the volume of its import from Iran since May. The decision had caught Iran by surprise. Tupras has reduced its oil import from 240,000 barrels a day in April to 130,000 a day. “Iran will have a difficult time selling its oil,” Bukold says.