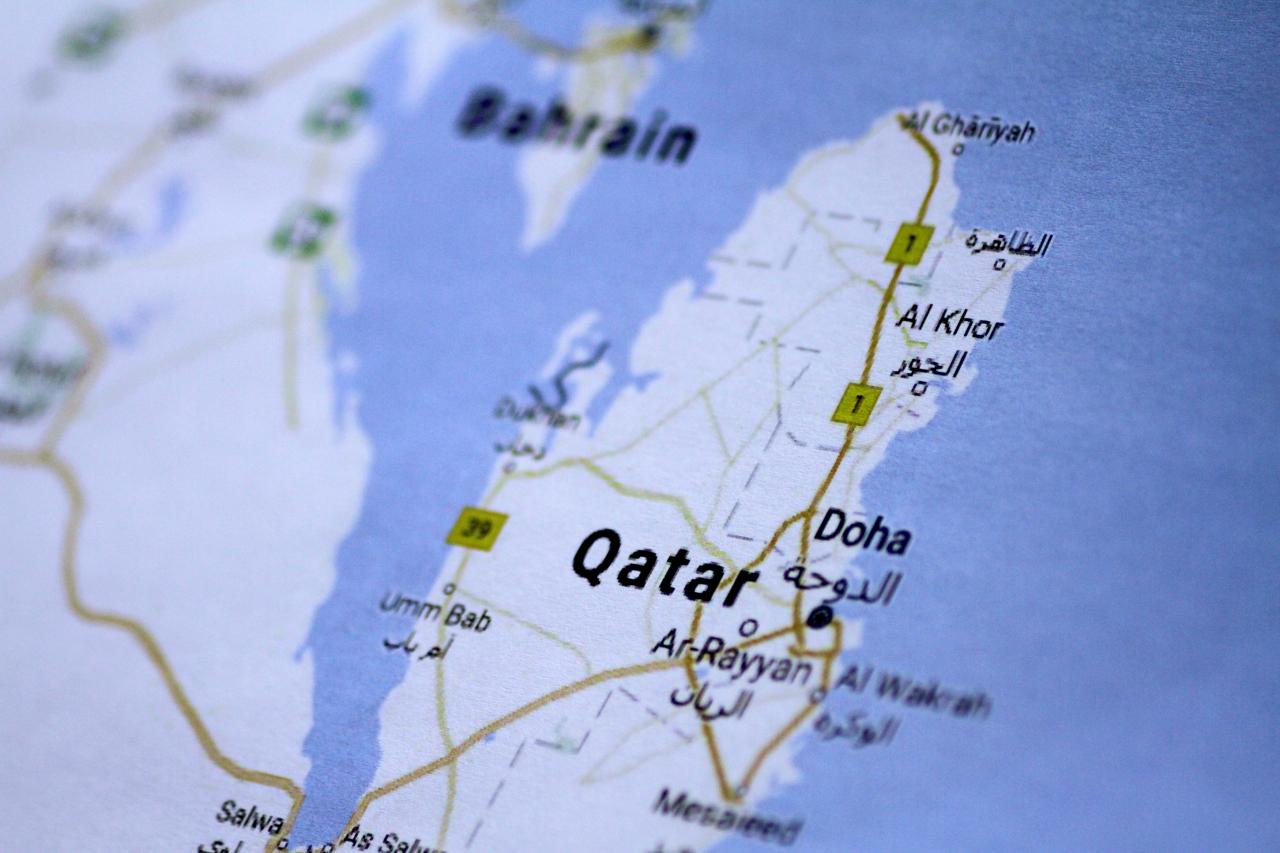 In a meeting chaired by Neil Quilliam, a Senior Research Fellow of the Middle East and North Africa Programme at Chatham House, a panel of regional experts, including the official Spokesperson of the Ministry of Foreign Affairs of the State of Qatar, discussed the various aspects of Qatar’s reoriented foreign policy and its consequences for the Persian Gulf region.

Following the Arab Spring, Qatar saw an opportunity to move away from its traditional foreign policy role as a regional moderator to a more assertive leadership role, which resulted in attracting the anger of some of its fellow Gulf Cooperation Council (GCC) partners. A consequence of this assertiveness has been a diplomatic crisis, notably with Saudi Arabia, UAE and Egypt, which is yet to be resolved.

Another consequence of this crisis has been Qatar’s increased dependence on Turkey and Iran, notably in areas involving diplomacy, increased economic links, transport and military co-operation.

Lolwah Al-Khater began by saying that issues being discussed went beyond Qatar’s foreign policy. She noted that issues such as violent extremism, immigration and migration – all of which went beyond the current crisis in the Middle East – were themselves symptoms of other failures. As a result, when looking at the Middle East, it was essential to take note of the underlying causes for the kind of symptoms that were being exhibited across the region at this time.

Lolwah Al-Khater said that unlike their European counterparts, most countries in the Middle East did not grow organically, in that the legitimacy of most states and the social contract being offered by them to the general population had been based on the colonial situation that had preceded them.

She noted that either a more representative government (“not necessarily a democracy”), or successful economic development could have gone a long way to avoid social tensions and ultimate instability. She said that the so-called ‘Arab Spring’, which she described as an earthquake, had taken place because neither of the two factors she had cited had been presented to the people in most Arab countries.

Lolwah Al-Khater said that when an earthquake happens you try and deal with it. In her view, most responses had been inadequate and general denial had simply replaced the consideration of key factors having to do with people’s dignity and general welfare, factors that were now being demanded of various governments by their subjects.

She concluded her opening remarks by saying that it was necessary for everyone to acknowledge that we all have problems and that more marginalization was not the response needed for such issues as greater inclusion, the Rule of Law and the like.

Abdullah Baabood began his remarks by echoing what had been said by the previous speaker and underlining the failures exhibited in post colonial Arab states. He said that these problems extended to all of the Middle East and not just the Persian Gulf states.

Abdullah Baabood then said that earthquakes come and go but they can come back again. In this way, failure to deal with imminent problems could once again come back to haunt all the concerned parties in future.

Turning his attention to the GCC, Abdullah Baabood said that the GCC was an important rule-based organization that had been created to achieve peace and stability while also promoting greater integration and cooperation amongst its member states in order to achieve greater economic development and prosperity (especially away from their dependence on oil and gas – i.e. establishing a system for sharing other much needed resources).

However, the organization had in the course of the past few years been on its deathbed and on the verge of dismantlement. He noted with sadness the failure on the part of all Arab regional organizations – not just the GCC – that had embarked on a mission for greater integration. It was his view that the whole region, notably Libya, Syria and Iraq, were all in a state of turmoil and the last thing that anyone could wish for, was for this turmoil to also make its presence felt amongst the states of the Persian Gulf which have generally remained immune from such instabilities.

To avoid such a scenario, it was essential for the GCC to function properly by working and cooperating with one another – something that was no longer the case. He said that in the course of the current crisis within the GCC, the GCC Supreme Council had neither been consulted nor given a role to try and mediate in the current crisis. Consequently, even the GCC common market had stopped functioning as free flow of goods, capital and people across GCC borders had come to a stand still.

Abdullah Baabood said that while the crisis may have started with Qatar, it had now come to involve other parties as well. He said that it was essential to try and bring this crisis, which had raised issues such as the redrawing of regional maps, to an end, as the crisis posed the danger of simply being no longer restricted to Qatar.

Courtney Freer began her comments by making reference to the role ideology had been perceived to play in what she called, “The Qatari rift”. She said that the idea that Qatari foreign policy supported Islamic radicalism or ideology such as those supported by the ‘Moslem Brotherhood’ were untrue. She noted that it was also incorrect to view Qatari foreign policy from the prism of ideology (referring without mention that Qatar and Turkey in the context of what was going on, were accused of backing the Moslem Brotherhood and its ideology against the wishes of states such as Saudi Arabia, UAE and Egypt).

She said that there was no Moslem Brotherhood organization in Qatar at this time, with the Brotherhood having actually dissolved itself in that country in 1999. She noted that Brotherhood members had originally come to the Persian Gulf in the 1950s and had been supported by the regional Arab states that were at the time being threatened by propaganda that was coming from President Nasser in Egypt with regards to Arab nationalism – something that was perceived to be the main threat of the day. However, she said that unlike some other Gulf States, the Brotherhood whilst having called for such notions as a more just distribution of wealth had never had an institutionalized political presence in Qatar.

She went on to say that some regional states had made objectionable reference to the presence of Sheikh Yusuf al Qaradawi in Qatar (and his close ties with the previous Amir [who was more of an Arab nationalist] since his arrival from Egypt in 1961 along with the propagation of his messages via Al Jazeera Television). She noted that his provocative views and espoused ideology were strongly rooted against their preferred notion of Arab nationalism. Regional states had also objected to Qatar hosting other radical Islamic groups such as Hamas, though it was always part of Qatari contention that they were never supported by Qatari State and were merely included as part of the general conversation.

Focussing on Yemen, Helen Lackner, who was the last speaker on the panel, began her comments by stating that Yemen was the country in which the effects of the said devastating earthquake were still in progress.

On the subject of Qatar’s involvement with Yemen, Helen Lackner said that Qatar had tried almost successfully some 10 years ago to mediate between former President Saleh and the Houthis. According to her, the Qataris had failed on the one hand, because President Saleh had been weary of any Qatari investments being concentrated in Houthi controlled regions, while on the other, their efforts had been blocked by the Saudis who did not want any other party (especially Qatar) interfering in Yemeni affairs. Qatar had also been implicated in Yemen for having supported the Islah Party, believed to have been tied to the Moslem Brotherhood by the Saudis, an allegation that in her view was inconsistent with the truth.

However, it was her view that Qatar’s current differences with Saudi Arabia and UAE had provided certain bonuses to Qatar in Yemen given that Qatar was completely detached from any involvement in the on-going unpopular war, which was receiving increased criticism from every corner of the world. She noted that Qatar had in this case also supported general humanitarian causes for wanting to help the 14 million Yemenis who were on the verge of starvation and disease as a consequence of this horrible war.

On the subject of new alliances for Qatar in the region and Qatar-Saudi ties:

On the subject of Qatar as part of the GCC participating in actions led against Bahraini activists and Yemeni dissidents:

On the subject of Saudi involvement on the death of Jamal Khashoggi:

On inter-state relations and the future of the GCC:

On the subject of a ‘wake up call’: Wake up call for whom? Any redrawing of new maps for Saudi Arabia?

On the subject of Qatari support for radical groups:

On the subject of Saudi support for radical Islamic groups”, and Qatar’s Strategic policy (given that they once supported the Saudis against the Houthis as well as elements against Assad in Syria which have now been reversed due to Qatar’s improved relations with Iran):