Torrential rains earlier this month have led to flash floods that have devastated vast areas of Sistan and Baluchestan, destroying villages, leaving many people homeless and inflicting a massive amount of financial damage.

State emergency services and the National Disaster Management Organization will do their utmost to help the flood-stricken villages and towns in the southeastern province of Sistan and Baluchestan, the spokesman for the Iranian government Ali Rabiei said.

He made the comments during a recent visit to Nikshahr County, which has been hit by the worst flooding in years.

“The government will do everything to help the affected regions,” Rabiei was quoted by the Islamic Republic News Agency (IRNA) as saying. “Senior officials at various ministries, Iran’s National Disaster Management Organization, the Red Crescent Society and local authorities will join forces to meet the emergency and immediate needs of people in flood-stricken areas.”

“Flood waters have destroyed vast areas in the Nikshahr County,” Rabiei noted. “Officials are touring the affected villages to assess the extent of the damage caused by the floodwaters.”

According to initial reports, people in 102 villages and towns, including Chabahar, Ghasre Ghand, Kenarak, and Delgan, have been without food, heating, water, or electricity. Many mud houses and dirt roads in the region have been washed away by floodwaters.

Emergency services reportedly rescued 44 people who were trapped in 200 cars that were swept away by floodwaters in the towns of Sarbaz, Delgan, Kenarak, Nikshahr, and Zahedan.

Footage and photographs posted on social media showed streets under a few feet of water, making it next to impossible for the emergency services to set up temporary tents in many areas for people who badly need shelter, clean drinking water, canned food, bread, flour, warm clothes, blankets, kerosene heaters, and medicine. Cold temperatures threaten the more vulnerable segment of the population, namely children and the elderly.

The Red Crescent Society of Sistan and Baluchestan has set up three emergency service stations in the towns of Kenarak, Ghasre Ghand, and Fanouj.

“Unprecedented rainfall has destroyed many bridges, washed away the foundations of many homes, and inflicted massive financial damage to the country,” the governor of Nikshahr County Zia Alhagh Hashemzehi told IRNA. “Many roads that connect several villages to Nikshahr remain closed.”

“The worst-hit villages in Nikshahr County include Tutan, Mahdadan, Darukan, Gorgan, Kuchinak, Chahan, Zirdan, Sergoost, Dastgerd,” Mr. Hashemzehi explained. “They are cut off from Nikshahr. Emergency vehicles have been trying to get help to these villages.”

“We have, however, been able to restore water, electricity and phone services to many areas,” Hashemzehi explained. “The disaster airlift response teams have been helping remote and inaccessible areas.”

According to the Young Journalist Club news website, heavy rainfall caused a segment of the ceiling of the ICU Ward at Seyyed Al Shohada Hospital in Zahak to collapse.

“Aid workers have recovered the body of a man from the river in the town of Sarbaz,” the deputy head of the Red Crescent Society of Sistan and Baluchestan Hassan Mosfa said in an interview with the Tehran-based Shahrvand newspaper. “It is, however, unclear if the man died in floodwaters.”

According to the spokesman for the Iranian Emergency Organization, Mojtaba Khaledi, authorities have identified three flood-related deaths so far.

“Three people have died so far,” Mr. Khaledi told Mehr News Agency on January 13, “Two people drowned in rivers in Sistan and Baluchestan and neighboring Hormozgan Province. Another person died in the village of Haji Jan when his house collapsed in the flash flood.”

“Despite unrelenting rainfall, the disaster airlift response teams have continued helping people in the southern part of the province which is worst hit,” the head of Sistan and Baluchestan’s Red Crescent Society Rasul Rasheki said in an interview with IRNA on January 16. “Some 495 field response units have been helping 386 villages in the province.”

“Two of our helicopters have flown 70 search and rescue missions to the affected areas so far. They have also transported emergency food rations to the populations in these regions,” Mr. Rasheki noted. “Aid workers have so far helped 11,769 families out of a total 52,902 who have been affected by the flood. We have housed 1,371 families in 1,331 temporary tents.”

“Some 2,353 aid workers have reached most affected areas in the province using 327 vehicles,” Rasheki added. “They have distributed 2,644 flood boards, 5,934 blankets 6,138 kilograms of nylon sheets, 10,815 food packages with the shelf life of 72 hours, 1,145 bottled waters, 4,960 canned food, 2,228 kilograms of rice, 1,083 kilograms of grain and other food products including sugar, sugar cubes, tea, lanterns, and dishes among the people in the flood-stricken regions.” 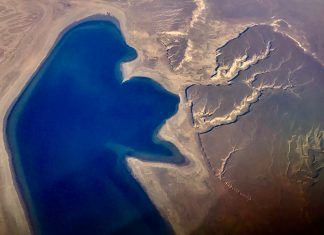 By Azadeh Karimi The water level in the Caspian Sea dropped 13 centimeters between 2018 and 2019, according to Seyyed Masumeh Bani-Hashemi, the director of... 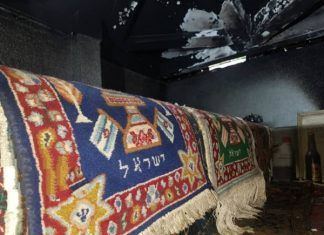 By Azadeh Karimi On May 14, an unknown person or persons allegedly set fire to the Tomb of Esther and Mordechai in Hamadan, capital of... 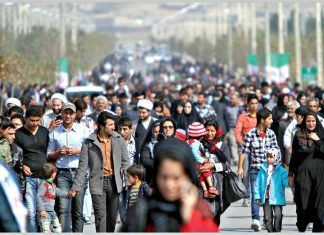