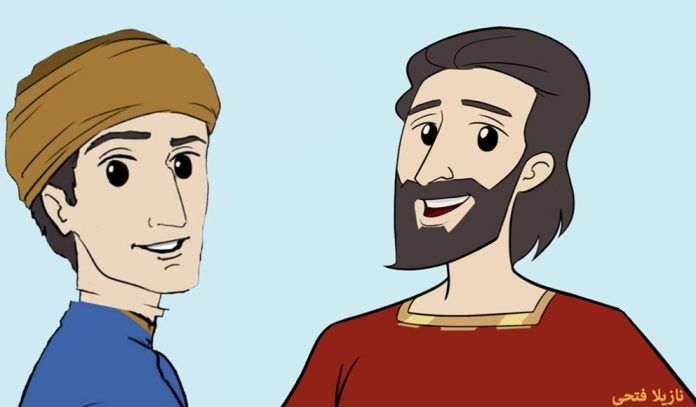 Nazila Fathi is an Iranian-American author and a former reporter for The New York Times. Born in Tehran in 1970, she emigrated to Canada and then the U.S. after the controversial 2009 elections, which handed a second term to the incumbent President Mahmoud Ahmadinejad and sparked widespread protests in Iran.

The unrest gave birth to the pro-democracy Green Movement, which was brutally crushed by the Islamic Republic regime.

Fathi continued her education and research as an associate at the Harvard University’s Robert and Renée Belfer Center for Science and International Affairs, a Fellow at the Nieman Foundation for Journalism and a Fellow at the Shorenstein Center on Media, Politics and Public Policy.

Fathi wrote her first book, “The Lonely War,” while at Harvard. It was published by Basic Books in 2014 and made The Guardian and Vogue’s list of top 10 books that year. She has self-financed her latest titles — “My Name Is Cyrus,” and “Avicenna: The Father of Modern Medicine,” which were published both in Farsi and English in January of this year.

Fathi spoke to Kayhan Life about story-telling as a vehicle for passing on Iranian history and culture to children, particularly those who grow up in foreign countries.

“By 2011 and 2012, my children knew about the persistent and ever-increasing tensions between Iran and the U.S.,” Fathi said. “Iranian children who grow up in the U.S. try hard to become American, more so than those living in Canada. So I wanted to make sure that my children could distinguish the true Iranian culture and civilization from the Islamic Republic regime.”

“As immigrants, we try to pass on our experiences to our children, which forms part of their character, and give them self-confidence,” Fathi explained. “For instance, it is not a genetic function but a deeply rooted cognitive process in the family culture of Indian and Chinese immigrants that motivates their children to study hard and excel academically.”

“I wanted my children to know that Iran was not the awful country they heard about on the news,” Fathi noted. “They needed to understand that Iran was an ancient civilization that had contributed much to the world through centuries.”

“I started telling my children stories when they were very young,” Fathi said. “I introduced them to some basic ideas through stories. Children living in Iran are considerably more knowledgeable about their history and culture than those who grow up abroad. While U.S. public schools provide some basic information about Chinese and Latin American history, they completely ignore Iran. So, it is my responsibility to teach my children about their heritage.”

“I started telling stories early on to my son and daughter, who are now 15 and 14 years old,” Fathi said. “The stories in my latest books are about Iranian history and culture and are written in a simple language that is easily understood by very young children. These tales can become part of their psyche and boost their self-esteem. They learn that Iranian civilization and culture contributed significantly to the world in the fields of mathematics, medicine, philosophy, arts, and sciences.”

Speaking about her latest book titled “My Name is Cyrus,” Fathi said: “It is impossible to speak to Iranians about their heritage without mentioning Cyrus [the Great (600-530 BC), the founder of the first Persian Empire, Achaemenid (550-330 BC).] All Iranians, regardless of their religious beliefs, hold Cyrus in high esteem. So he was a natural choice for my story. Illustrating the book was, however, a major challenge. The images had to be attractive to children. I asked many people to draw Cyrus’ portrait, but none came up with an image I thought either children or Iranians would find interesting. So, I needed to envision a portrait of Cyrus that both children and Iranians would be happy with, and it would also represent his majesty and dignity.”

“I wanted my children to know that, for instance, Persians were the first and only people who started wearing trousers 2,500 years ago. Also, no other civilization has ever used sword the same way as Iranians,” Fathi pointed out. “I worked on the illustrations for five months. I wanted to depict the costumes of the period accurately while making them also interesting for children.”

“My children had some Iranian friends who came to our house often. I once asked one of them, Dariush, if he knew the historical significance of his name,” Fathi recalled. “He only knew that Dariush was an ancient Persian king. He, however, knew nothing about the Achaemenid Dynasty, when Dariush [the Great 550-487 BC] lived, which dynasty he belonged to or what he had achieved during his reign.”

“There are many aspects of Iranian culture, including works of literature that are mistakenly understood in the West as having Arabic sources and origins such as the tale of ‘One Thousand and One Nights,’” Fathi explained. “Although these books were written when Iran was under Arab control, all the names are Iranian. As children, we knew these were Persian fairytales. Iranian community in the U.S. is rather young. It has developed in the past 40 years. Other minorities, including the Irish, Italians, Latinos, and Chinese, have been in the U.S. for more than a century.”

“Promoting culture requires money and organization,” Fathi pointed out. “Arab countries invest much money in universities which helps to promote their cultures. Iranian communities living abroad are arguably not as active in this respect. So I was even more interested in writing these books for Iranian children. I financed the publications of these two books. I hope this would lead to a larger dialogue.”

“As a reporter, I consider myself a storyteller,” Fathi said. “It is imperative to teach our children about Iranian history and culture through stories. These narratives will become part of their characters in due time. They will develop self-confidence and succeed in life. Iranians are among the most successful immigrants in the U.S. It is, therefore, vital that we keep our culture alive by retelling these stories.”

“We have a rich culture. Unfortunately, only a few of our literary treasures have been translated into foreign languages and hence are not readily available to the second and third generations of Iranians born and raised in other countries, which most times do not have a good command of Farsi language,” Fathi noted. “Many Iranian children, including my son and daughter, do not know about Iranian history and geography. We should use an indirect approach, such as stories, to teach our children about their Iranian heritage. That’s why I wrote these books.”

“I have written my last two books in both English and Farsi,” Fathi explained. “It would make it easy for parents and grandparents to read the stories to their children and grandchildren in either language. We are nearing Nowruz [Iranian New Year, starting March 21, 2020], so I hope parents and grandparents give these books as gifts to their children and grandchildren.”