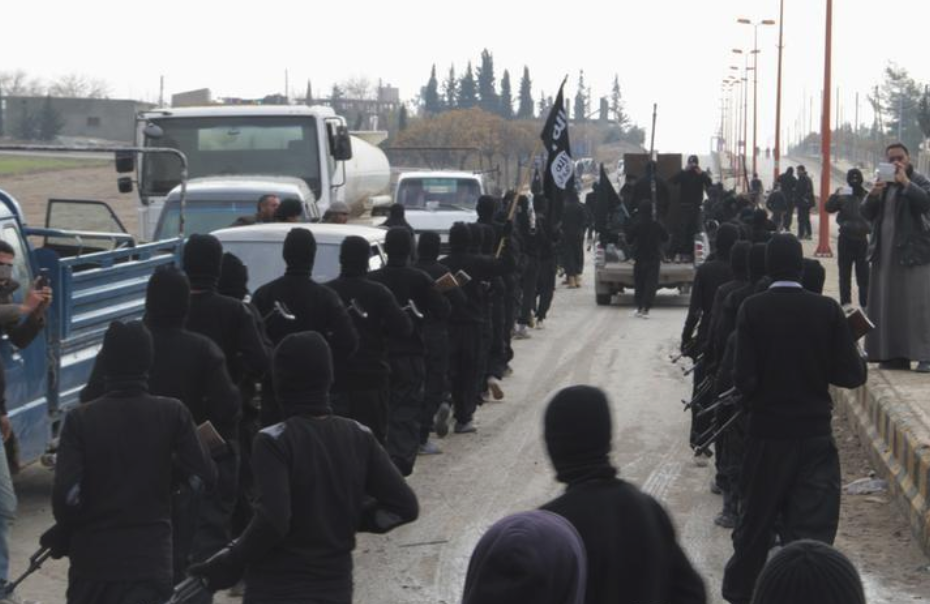 BAGHDAD (Reuters) – A high level Syrian army delegation held talks in Baghdad with Iraqi counterparts on border security in the first public visit of its kind in years to coordinate the fight against Islamic State, the Iraqi defence ministry said on Wednesday.

The Syrian army last week reached the Iraqi border in a move that could open an overland supply route from their allies in Iran, in a major concern for the United States and its own allies in the region.

The Iraqi army’s chief of staff, Lieutenant General Othman al-Ghanmi, met in Baghdad with a “high-level delegation” from the Syrian defence ministry on Tuesday to discuss controlling joint borders, according to a defence ministry statement.

“The meeting discussed … the Iraqi-Syrian field of operations, it being one field against a common enemy, which is the terrorist Daesh organisation…,” the defence ministry said in a statement, referring to Islamic State.

“We discussed holding Syria-Iraq borders to maintain pressure on the terrorist enemy and establishing a joint operations center through which both sides can coordinate,” it added.

The statement did not give details on the delegation. Iraqi military sources said previous visits by senior Syrian officials were held in secret.

The Iraqi army chief of staff said they also agreed to continue exchange of intelligence and information to provide flexibility for the Iraqi air forces to bomb targets near the border and prevent militants from access from one country to the other.

Syrian troops and allied militia in the southeast Syrian desert reached the Iraqi border last week near the Tanf base where U.S. special forces are training local rebels to fight Islamic State.

Securing border territory between Iraq and Syria is crucial also for Iran to reopen a land route to supply Syrian President Bashar al-Assad’s army with weapons in his protracted war with rebels and militants.

Iraqi warplanes struck Islamic State targets inside Syria in February in what appeared to be the first time Iraqi jets conducted such raids across the border. A Syrian source said the strikes had been coordinated with Damascus.