Iran’s only female Olympic medalist Kimia Alizadeh, who recently moved to Germany, could compete in the 2020 Tokyo Olympics either as a member of the IOC Refugee Olympic Team (EOR) or as a permanent resident or naturalized citizen of another country if she meets the criteria, according to Seyyed Mohammad Ali Abdollahi, an expert in international law.

Mr. Abdollahi, a faculty member at the Shahid Beheshti University in Tehran, made the remarks in an interview with the Tehran-based Tabnak News Agency on January 18.

“According to Article 4.3 of the International Taekwondo Federation (ITF) regulations, members of a national team must be citizens of the country they represent,” Abdollahi explained. “Athletes who have represented their native countries in intercontinental Olympics qualification tournaments, world championship games, and intercontinental competitions must wait 36 months before they can compete under the flag of their adopted homes.”

“Article 41 of the Olympic Charter also states that athletes must represent the countries of their citizenship,” Abdollahi noted. “The IOC similarly requires that athletes must wait three years from the last time they represented their native country in intercontinental Olympics qualification tournaments, world championship games, and intercontinental competitions before they can compete under the flag of their adopted homes.”

“Given that Ms. Alizadeh represented Iran in the 2017 World Taekwondo Championships and the 2018 Asian Taekwondo Championships, she might not be allowed to compete in the 2020 Tokyo Olympic under the flag of another country,” Abdollahi argued. “However, the IOC has the power to either suspend or shorten the three-year rule, which means Alizadeh could compete in the 2020 Tokyo Olympics if she becomes a permanent resident or a naturalized citizen of another country.”

“Ms. Alizadeh can also take part in the 2020 Tokyo Olympics as a member of the IOC Refugee Olympic Team (EOR). The OIC will announce the list of athletes in this group in June,” Abdollahi added. “However, the UNCHR must first approve her refugee status before she can be considered for the EOR. There are five Iranian Taekwondo competitors on the list of the IOC Refugee Olympic Team already.”

Kimia Alizadeh, who won the bronze medal in taekwondo at the 2016 Rio Olympics, recently made headlines when she posted a message on her Instagram channel criticizing the Islamic Republic for exploiting her for their political gain.

“Should I begin with hello or goodbye or condolences?” Alizadeh said at the beginning of her message. “Hello to innocent Iranian people. Goodbye to the honorable Iranian nation. My condolences to grieving Iranians. How well do you know me? You have seen me on TV, tournaments, or the company of some officials. Please let me reveal my uncensored self to you. They [Iranian authorities] say Kimia will not amount to anything after this. I go even further and say I was a nobody until now.”

“I, Kimia Alizadeh, am not making history. I am neither a champion nor a flag-bearer of the Iranian delegation. I am one of the millions of oppressed women in Iran who has been used by them for years,” Ms. Alizadeh said at another point in her Instagram post. “They took me anywhere they wished. I wore whatever they told me to wear. I said everything they told me to say. They exploited me. They attributed my medals to the mandatory hijab and took credit for my achievements. I was not important to them. None of us matter to them. We are just tools. They only care about the medals which they exploit for their political aims.”

“To humiliate us, they tell us it is unbecoming for women [athletes] to stretch their legs. I instinctively stretch my legs when I wake up in the morning,” Alizadeh noted. “They always asked me to take part in live TV shows where I would answer scripted questions. However, they have branded me degenerate now that I am not there any longer.”

“I will endure living in a foreign land because I did not want to be a party to lies, corruption, and sycophancy,” Alizadeh concluded. “I will always remain an Iranian no matter where I live.

[Translate from Persian by Fardine Hamidi] 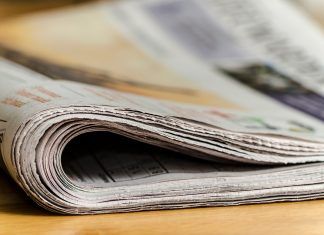 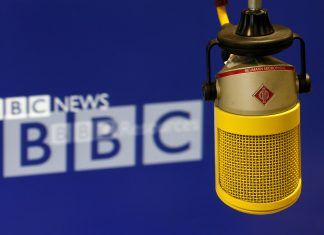 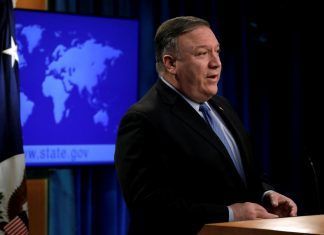 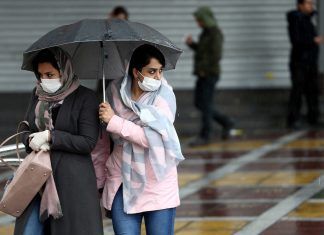 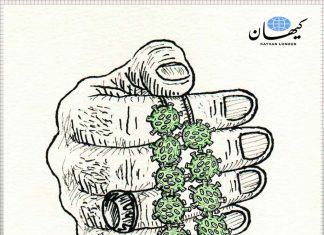 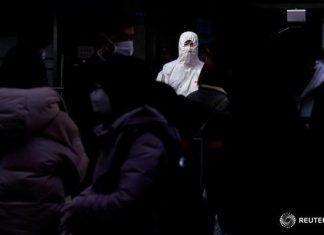