On January 7, the Guardian Council fast-tracked into law the emergency-3 “Reciprocal Amendment Bill in Response to the U.S. Designating the IRGC [Islamic Revolutionary Guards Corps] a Terrorist Organization” which the Majlis (Iranian Parliament) had passed earlier that day, according to the Islamic Republic News Agency (IRNA).

The amendment bill states: “The Islamic Republic has designated members of the Pentagon and U.S. military commanders including those who carried out the attack that killed general Soleimani as terrorists.”

Back in April 2019, the U.S. officially designated the IRGC as a foreign terrorist organization.

The move by Iranian lawmakers, dubbed “Hard Revenge,” was in response to the death of Brigadier General Ghasem Soleimani, the commander of the IRGCs’ Qods Force (IRGC-QF) who died in a targeted U.S. drone strike at Baghdad’s International Airport on January 3.

Abu Mahdi al-Muhandis, the Secretary-General of the Kata’ib Hezbollah — one of the main Shia militia groups within the Iraqi Popular Mobilization Forces (PMF) — and several other people also died in the U.S. strike.

Majlis deputies also passed a motion on the same day, allocating an extra 200 million euros form the National Development Fund of Iran (NDFI) to the Qods Force for the last two months of the current Iranian calendar (new year starting on March 21).

NDFI is Iran’s sovereign fund established in 2011 to supplement oil revenue. It is independent of the government’s budget.

At the end of the parliamentary session on January 7, all representatives in the chamber gathered in front of Majlis Speaker Ali Larijani’s podium and chanted in unison “Death to America.”

Mr. Larijani has written to President Hassan Rouhani asking him to execute the new law. The government must facilitate the transfer of 200 million euros to the Qods Force in the next two months.

During an interview with the U.S. cable news network CNN on January 7, Iranian Foreign Minister Mohammad Javad Zarif warned that Tehran would “respond proportionately” to the killing of General Soleimani.

The next day, Iran launched several missiles at the Al Asad Air Base inside Iraq that housed Iraqi and U.S. forces. The strike did not kill any Iraqi or U.S. troops. Iran said the action was in response to the killing of General Soleimani.

“The Iranian military attacked the base from which the U.S. had launched its criminal operation that resulted in the tragic death of martyred General Soleimani, commander Abu Mahdi al-Muhandis, and others,” Zarif told Iranian state TV. “The Iraqi government and military had received advanced warnings. We respect Iraq’s territorial integrity.”

Only hours after the Iranian military’s missile attack on Al Asad Airbase in Iraq, a Ukrainian passenger plane crashed shortly after taking off from Tehran’s Imam Khomeini International Airport, killing all 175 people on board including the flight crew. The victims of the crash included 82 Iranians, 57 Canadian citizens, 11 Ukrainians flight crew, and several Afghan, German, and Swedish nationals.

“A few hours ago, I received the findings of the General Staff of the Armed Forces of the Islamic Republic of Iran regarding the crash of the Ukrainian passenger plane,” Mr. Rouhani was quoted by IRNA as saying on January 11. “The Islamic Republic military was on high-security alert to defend against any possible U.S. attacks, following the martyrdom of Commander Ghasem Soleimani. Unfortunately, missiles fired because of human errors resulted in a colossal tragedy that killed dozens of innocent people.”

“We will hold people who made this unforgivable mistake accountable,” Mr. Rouhani promised. “We will share the results of the investigation with the nation and the family of the victims.”

A few days earlier, 50 people died and another 200 were injured in a stampede during the burial procession for general Soleimani in his hometown of Kerman, capital of the southeastern province of Kerman.

Meanwhile, President Trump announced yet another set of sanctions on Iran that will most likely push the already crippled economy of the country to the brink of complete collapse. 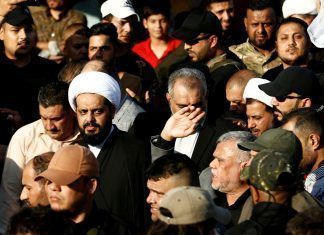 Iranian Stocks Fall Amid Heightened Tensions with the U.S. 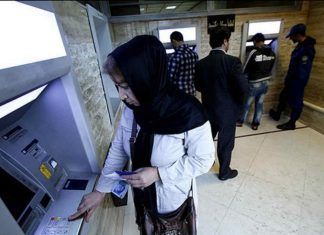 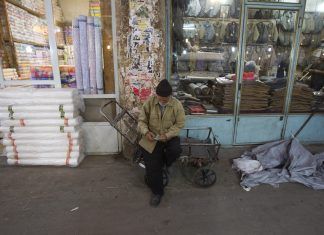 More Than Half a Million Iranian Families Forced into Poverty in...