Russia is determined to end the Syrian Civil War five years after deploying its military to the country to support President Bashar al-Assad’s government. Before withdrawing its troops from Syria and starting the country’s political and economic reconstruction, Kremlin must first drive out the Islamic Revolutionary Guards Corps’ Qods Force (IRGC-QF) and all Shia militia groups operating under its auspices.

These groups include the Afghan Fatemiyoun Division (Liwa Fatemiyoun), the Pakistani Zainab Brigades (Liwa Zainabiyoon), the Lebanese Hezbollah, and the Popular Mobilization Forces (PMF). The PMF, also known as the People’s Mobilization Committee (PMC) and the Popular Mobilization Units (PMU), is an Iraqi state-sponsored umbrella organization, comprised of some 40 militias that are mostly Shia Muslim groups, but also including Sunni Muslim, Christian, and Yazidi groups.

The Kremlin’s move follows a tacit agreement and understanding between Russia, Turkey, Israel, and the U.S. on the need to end the war in Syria, which has been raging since 2011.

The Islamic Republic is facing a no-win situation, irrespective of which path it takes.

Russia, Turkey, Israel, and the U.S. are pushing for an end to the Syrian conflict and the removal of Assad. Tehran finds itself at a sensitive political juncture, especially given the unwritten agreement between the U.S. and Russia over Syria, and the increasing bombardment of IRGC-QF positions by the Israeli Air Force.

Tehran will risk losing more IRGC troops, Shia militias, and military weapons and equipment to Israeli airstrikes if it remains in Syria, especially under the current severe economic conditions.

Tehran’s other option is a humiliating withdrawal from Syria, which would put an end to the Islamic Republic’s role as the “Resistance Front” for the entire region, and will diminish its ability to fund and arm Shia militia groups under its control.

Either way, Syria is a quagmire that will soon engulf the Islamic Republic.

Yossi Melman, an Israeli journalist with the daily Haaretz, told Kayhan Life: “Although Russia has equipped Syria with the S-300 anti-aircraft missile system, it has not allowed its military to use it. Moscow fears that any mistake by the Syrian military could cause the missiles to miss their intended targets. That would generate negative publicity for the anti-aircraft defense system and make it difficult for Russia to sell it to other potential buyers.”

“Russia is happy with the Israeli airstrikes on the IRGC and the Shia militia groups in Syria and does not wish to stop these attacks. The Syrian government forces and its Iranian allies have fired some 700 missiles at Israel, but have fortunately not inflicted much damage,” Mr. Melman added.

James Franklin Jeffrey, the United States Special Representative for Syria Engagement and the Special Envoy for the Global Coalition to Defeat ISIS, recently told journalists: “We will support Israeli airstrikes in Syria every way we can. Russia has concluded that Bashar al-Assad and the people close to him are murderous criminals. Moscow’s top priority is to get out of Syria.”

“Neither the West nor the Arab countries want to deal with the Syrian regime. Bashar al-Assad and his government have become excess baggage, which Moscow would like to dump as soon as possible. Otherwise, Russia will sink deeper into the quicksand of the Syrian conflict,” Ambassador Jeffrey noted. “The U.S. does not aim to drive Russia out of Syria. All countries which have deployed troops to Syria after 2011, including Iran, Turkey, and the U.S., must leave Syria.”

“Russia has had a military presence in Syria for the past 30 years,” Mr. Jeffrey added. “Although the U.S. believes that the Russian presence in Syria has created problems for the region, the United States is not trying to diminish Moscow’s influence in that country.”

Russia has been trying to distance itself from the Assad and Iranian regimes for years. To achieve that, Turkey got involved in the 2018 Astana ceasefire talks and the 2019 Sochi agreement. Turkey is one of the leading opponents of Assad’s regime. It has also called frequently for the overthrow of the “butcher of Damascus.”

By contrast, the Islamic Republic has always considered the removal of Bashar al-Assad to be its “red line.” Although Moscow has tried to remain neutral on the issue, it has signaled that Bashar al-Assad’s rule is nearing its end. Kremlin does not, however, want Assad’s regime to end through a coup d’état or a violent uprising. Russia aims to weaken the Syrian government until the 2021 presidential elections in that country.

In a series of scathing articles, Russia’s Federal News Agency (FNA) attacked Assad, calling him a “weak president who did not own the situation.”

In an article titled “Corruption is Worse Than Terrorism,” FNA, which is owned by the Russian businessman Yevgeny Pregozhin, a close associate of President Vladimir Putin, said domestic support for Assad had dropped significantly, and that “if elections were held today, he would only get 22 percent of the vote.” Moscow hopes that the elections will bring a “dignified” and “democratic” end to the Assad’s regime, the agency added.

FNA is not the only news agency to attack Assad. The Russian News Agency TASS and the Russian International Affairs Council (RIAC), a research institute affiliated with the Russian Ministry of Foreign Affairs, have also lambasted Assad in recent weeks.

In his first trip abroad since the outbreak of the coronavirus pandemic, U.S. Secretary of State Mike Pompeo visited Jerusalem to meet with Israeli Prime Minister Benjamin Netanyahu and Alternative Prime Minister Benny Gantz. Mr. Gantz will take over from Mr. Netanyahu in 18 months. The three leaders no doubt discussed the Palestinian peace plan, the IRGC, and the activities of the Shia militias under its control.

In comments reported by The Jerusalem Post the day before, Israeli Defense Minister Naftali Bennett warned that his country would not “lower its guard and is more determined than Iran.”

“For Iran, Syria is an adventure far from home, 1,000 kilometers from home, from the Golan Heights. For us, it is life,” Mr. Naftali explained. “Iranian soldiers who come to Syria and operate within Syria:  their blood is on their hands. They are risking their lives and paying with their lives. We will not allow the establishment of an advanced Iranian base in Syria.”

In recent years, Syrian sources have reported on clashes between local forces supported by Russia and Shia militias under the control of the IRGC-QF. The Shia Alawites militia groups in the northwestern town of Al Qardahah (birthplace of Hafez al-Assad) are organized, funded, and armed by the IRGC-QF.

These groups have clashed with local forces supported by Russian forces many times. The Fourth Armored Division of the Syrian Armed Forces is commanded by Bashar al-Assad’s younger brother, Maher. It has fought alongside the IRGC-QF on the eastern Al Bukamal border area. It has also fought Russian forces many times over the control of the strategic Syrian Latakia Port.

According to several European security agencies, the Lebanese Hezbollah and Maher al-Assad allegedly use the port of Latakia to transport heroin and hallucinogens to Arab countries and Europe. Greek authorities recently stopped a ship with Lebanese and Syrian crew that had left Latakia Port and seized 5 tons of designer drugs worth $660 million. 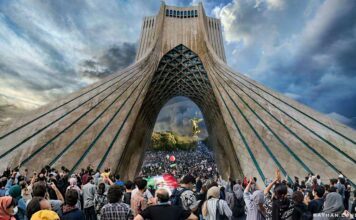 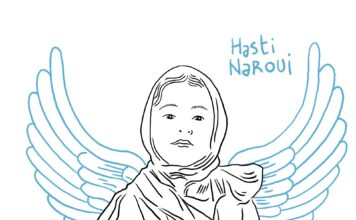 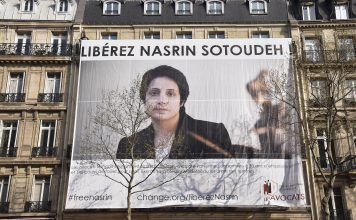 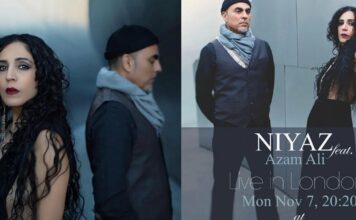