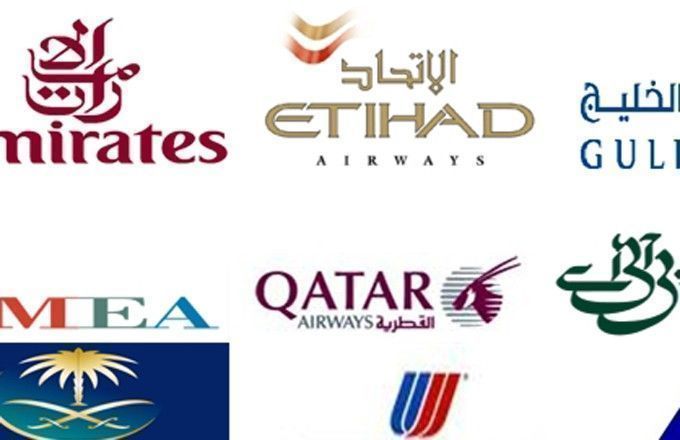 By Tim Hepher and Victoria Bryan

CANCUN, Mexico (Reuters) June 7, 2017 A bust-up between Arab powers has dealt a blow to supercarriers already hurt by low oil prices and laptop bans, exposing the sensitivity of [Persian] Gulf hubs to regional uncertainty and creating openings for rival airlines – at least in the short term.

The unexpected closure of most surrounding airspace to Qatar’s airline and restrictions on travel for its nationals left passengers stranded and forced its high-profile chief executive to bail out of a meeting of airline bosses in Mexico.

“It completely surprised all of us,” Alexandre de Juniac, head of the International Air Transport Association, said after overseeing the meeting of around 200 airlines.

Plunged into a diplomatic row for the second time in three years, Qatar Airways was forced to reroute dozen of flights through Iranian airspace as the world’s second-richest nation per capita found itself almost boxed in by no-fly restrictions.

It was a dramatic reversal for the once unstoppable carrier, which has splashed tens of billions of dollars on jetliners and clashed with U.S. rivals over its breakneck expansion.

“The whole business model is based on being a hub. They have invested in the airport, invested in state-of-the-art aircraft. They are losing a key source of (traffic) feed from major local markets,” British aviation consultant John Strickland said.

“With the overflight ban, it is not only a headache to reroute some of the operation, but it will make flights longer due to more circuitous routes. It adds time and cost and disrupts the schedule in terms of making connections.”

SHIFT TO OTHER CARRIERS

Some demand may shift to other carriers, he said. IATA delegates said European carriers and Turkish Airlines could benefit, as well as UAE heavyweights Emirates and Etihad.

Disarray between [Persian] Gulf allies left the region’s wider aviation growth looking vulnerable in the eyes of some industry watchers and laid bare political complexities underpinning the diversification from oil into an East-West transit point.

“It has been a reality that they have adapted to and lived with. That said, there has always been a significant concern that this ([Persian] Gulf aviation) is, if not on a knife-edge, then on a fairly narrow plane,” said Peter Harbison, a former Australian aviation trade negotiator and chairman of consultancy CAPA.

“It certainly does destabilize things that little bit further. Do you get to a tipping point? I don’t think so.”

IATA, whose members include national carriers of all the affected states, was reluctant to wade publicly into the row.

“Nations all over the world can close their borders and close or open their (airspace). But we would like the normal connectivity to be re-established, the sooner the better,” de Juniac said.

While air travel between nations is governed by bilateral pacts, the right to overfly another country for civil transport is enshrined in international law through a 1944 transit accord.

However, Saudi Arabia is not a member of the treaty, which calls for disputes to be settled through negotiation before exercising the right to close airspace for limited reasons.

The move sent aviation officials from Montreal to Geneva and the [Persian] Gulf scrambling to understand the ban and find routings through fragmented airspace, a step akin to threading a needle.

IATA said last week Gulf airlines had already seen traffic curtailed in April by U.S. and UK bans on electronics in cabins of flights from some Middle East and North African nations.

“I think one can read too much into a short-term event,” said Aengus Kelly, chief executive of Aercap, one of the world’s largest leasing companies and aircraft owners. “Global travel is resilient. We have been through so much in the last decade: Russia, Brazil, Eurozone crisis, Turkey.”

That could have consequences for the timing of deliveries of dozens of wide-body jets on order from Airbus and Boeing.

“They will be deferred and the market will come back into balance,” Kelly predicted.

The row placed Qatar and its outspoken airline boss in the unusual position of responding to events outside his control.

The region’s shifting dynamics were also reflected by the election of the head of IranAir to IATA’s board for the first time since at least before the 1979 Islamic Revolution.

Qatar has friendlier ties with Tehran than most neighbours including Saudi Arabia, where President Donald Trump last month called on Muslim states to stand united against Iran.

The undercurrent of tensions between Saudi Arabia and Iran, which has ordered 200 Western jets under a deal with major powers, is seen as key to the stability of the region and could spill over to air travel demand, aviation experts said.

“For the first time, it’s very clear Iran does have a chance to come back into the fold and that is part of the things that are creating new tension in the Middle East,” said Robert Martin, head of Singapore lesssor BOC Aviation.