The Islamic Republic of Iran appears to consider Iraq and the Kurdish region as its own backyard. It seems to believe that it has the right to interfere in the Kurdistan Regional Government’s (KRG) domestic affairs. Tehran’s policies and behavior have concerned senior officials in the KRG and political groups in the region.

The KRG is planning to hold a referendum on the independence of Iraqi Kurdistan on September 25, 2017. In a meeting with the Iraqi Prime minister Haider Jawad Kadhim Al-Abadi, Iran’s Supreme Leader Ayatollah Ali Khamenei expressed his opposition to the forthcoming referendum. Khamenei reportedly told Al-Abadi: “Those who promote this referendum are against Iraq’s identity and independence.”

Those comments coincided with a visit to Iraqi Kurdistan by the head of the Islamic Revolutionary Guards Corps’ Qods Forces (IRGC-QF), Qasem Soleimani. In meetings with senior officials of Kurdish political parties, Soleimani conveyed Tehran’s opposition to the referendum. He warned: “The Islamic Republic would never support the idea of an independent Kurdistan.”

In response, the KRG’s Foreign Ministry released a statement reaffirming its plan to hold the referendum in September. The statement read: “As has been stated by the KRG, the referendum is a domestic matter for Iraq. We are involved in discussions with Baghdad. Any decision will be made in that context. We will not allow any outside interference in this process.”

In a brief telephone interview with Kayhan London, Ali Aouni, a senior member of the Kurdish Democratic Party (KDP), warned Tehran against interfering in the KRG’s domestic affairs. He said: “The referendum is an inalienable right of the Kurdish people. It will be held outside Iran. Therefore, the Islamic Republic and its leader don’t have the right to interfere in this process. They should focus on solving their own country’s problems.”

Aouni added: “If Iran reserves the right to interfere in the affairs of the Iraqi Kurdistan, then it should also recognize our rights to be directly involved in determining our own fate.” 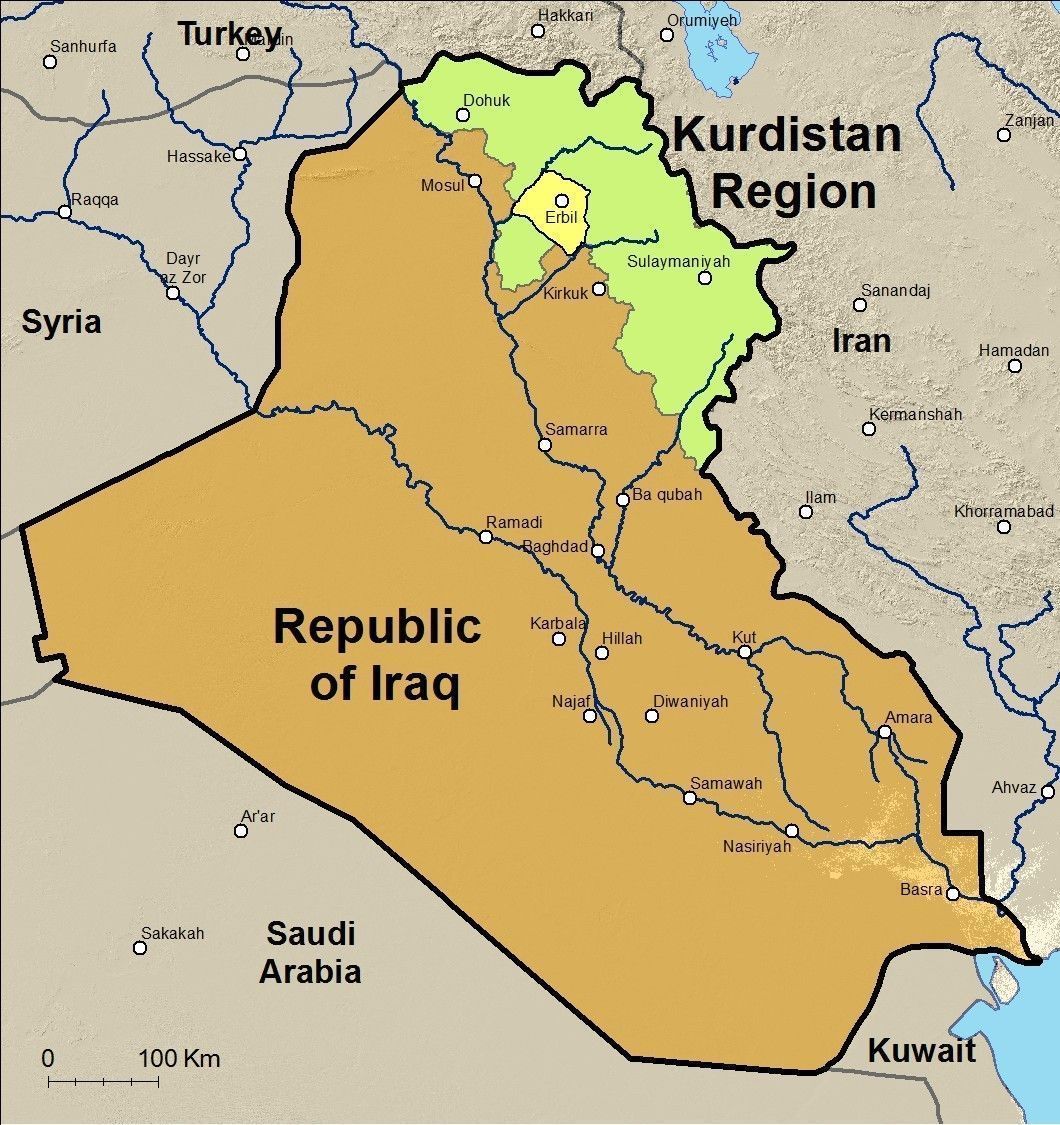 Yahya Safavi, former commander of the IRGC and current special adviser to Ayatollah Khamenei, urged KRG officials to shut down the Saudi consulate in Erbil. Safavi also criticized Masoud Barzani, the president of the Iraqi Kurdistan region, for his apparent support for Saudi Arabia. He said: “ We are unhappy with Barzani’s support for the Saudi consulate-general in northern Iraq. Barzani and his supporters owe Iran a debt of gratitude. Iraqi Kurds have Iranian roots. They must, however, realize that we will withhold our support from them should they decide to enter the political arena.”

Safavi also tried to widen the rift between the various political parties in the Kurdish region. He accused the KDP of having a special relationship with the “Americans and Zionists.” Safavi, however, praised KDP’s political rival Patriotic Union of Kurdestan (PUK), describing it as a friend of Iran.

The KRG has since issued a number of statements which make it clear that all foreign diplomats in the country are subject to “Iraqi and KRG laws,” adding: “No individual or country has the right to demand the closure of an embassy.”

The KRG has also condemned the IRGC’s overt meddling in the region, arguing: “this isn’t the first time that the IRGC interferes in KRG’s internal affairs. We view any comment in this regard as a blatant meddling in our affairs. We call on Iran to stop any irresponsible remarks by the military and civilian officials, and respect the sovereignty of its neighbors.”

The PUK split into two factions after its leader, Jalal Talabani, retired due to ill health. Talabani’s wife, Hero Ibrahim Ahmed, heads one faction while two other members of the same group, Korsat Rasul Ali and Barham Salih, have also made claims over the leadership of the party.

The Islamic Republic has been directly involved in the dispute. Barham Salih resigned his position in the party and left Iraq after complaining about what he called a “power grab” by Talabani’s wife. He was persuaded by Tehran to return to Iraq and become an opposition leader. An anonymous source inside PUK told Kayhan London: “PUK infighting opened the door to Iran and Qasem Soleimani.”

The same source added: “A number of trips by the Qods delegations to Sulaymaniyeh Province have failed to resolve the PUK’s infighting. However, Qods’ involvement has strengthened Iran’s presence in the region.” The IRGC doesn’t even try to hide its activities. Speaking to media outlets close to Salih, a member of the Qods’ Kurdistan interest group said: “We give our assurance to the PUK supporters that the party will not be divided. We’ll make certain that the party will play a prominent political role in the Iraqi Kurdistan.”

Qasem Soleimani attended a meeting between these three parties last year aimed at merging these groups. The Kurdistan Islamic Union and the Kurdistan Islamic Group recently announced that they had reached an agreement on forming a coalition. The two parties have a total of 16 representatives inside the Erbil Parliament. They can play a major political role in Iraqi Kurdistan if they are able to form a coalition.

Iran has been trying to create a coalition between the Islamic parties, the PUK and the Movement for Change (Gorran Coalition), which is an offshoot of the PUK. If successful, this will place greater pressure on Barzani’s KDP. The KDP has never been close to Tehran. That relationship has further deteriorated in recent years.

Yazidis have also accused Iran of exploiting the crisis in northern Iraq. Sheikh Shamoo, the representative of Yazidi Kurds in the KRG parliament, has described the collaboration between Qods-backed Shia militia Popular Mobilization Forces and Kurdistan Workers’ Party (PKK ) guerrillas in Shingal Mountains as an “Iranian conspiracy”.

The PKK and Popular Mobilization Forces are trying to push back Peshmerga forces in the Shingal mountains. Sheikh Shamoo told Kayhan London: “Their main goal is not to fend off possible attacks by Daesh (Islamic State of Iraq and Levant, a.k.a ISIS) in Shingal. Daesh doesn’t have that kind of capability anymore. It has been defeated on every front and is in retreat. The aim of the PKK guerrillas and Shia militia of the Popular Mobilization Forces is to occupy parts of Iraq and autonomous Kurdistan and create a land corridor through which Iran can transport equipment and personnel to Syria and southern Lebanon.”