Nearly $100 billion in Iran’s capital accounts has left the country over the past decade, according to the Tehran-based 90-Eghtesad economics news website, citing a recent report by the Central Bank of Iran (CBI).

Iran has also shown a net negative capital account balance of $165 billion in the past 15 years, the report adds.

The capital account and the current account are two principal components of the balance of international payments (the difference between money flowing into a country and the money flowing out of it to the rest of the world). Whereas the current account reflects a nation’s net income, the capital account shows the net change in national assets ownership.

Massoud Khansari, the chairman of Iran’s Chamber of Commerce Industries, Mines and Agriculture (TCCIMA), tweeted on Aug. 6: “Some $98.4 billion in financial assets has been taken out of Iran’s economy in the past nine years. That averages to $11 billion a year. The country showed a net negative capital account balance of $19 billion in 2017 alone. Where does money go so quickly?”

Financial corruption, nepotism, stringent laws, complicated licensing procedures, hyperinflation, and the rapid devaluation of the rial are the principal reasons investors are taking their money out of the country.

Data suggests that the country experienced the largest exodus of capital during President Ahmadinejad’s two terms in office from 2005 until 2013. The trend has continued since President Hassan Rouhani took office in 2013. Many people had hoped that the country’s economy would bounce back after the 2015 Joint Comprehensive Plan of Action (JCPOA), better known as the Iran nuclear deal. However, that never happened.

President Rouhani’s government has not been transparent with the public and has downplayed the severity of the country’s economic crisis. The government even banned CBI from publishing its quarterly and annual economic report on the capital account balance and inflation.

In an interview with the government’s ICANA News Agency in March 2017, the chairman of the Economic Committee of the Majlis (Iranian Parliament) Mohammad Reza Pour-Ebrahimi, said that some $30 billion in financial assets had left the country in 2016.

News of the large-scale capital flight prompted some government officials to question the accuracy of the data. However, a subsequent report by the International Monetary Fund (IMF) said that $28 billion in financial assets had left Iran, confirming Mr. Pour-Ebrahimi’s assertion.

A deficit in the capital account means money is flowing out of the country, and it suggests that the nation is increasing its ownership of foreign assets.

Despite the coronavirus pandemic, Iranians have bought 3,168 properties in Turkey so far this year, a recent report by the Turkish Statistical Institute (TurkStat) said. They have surpassed Iraqis as foreign nationals with the largest number of properties in Turkey.

Iranians have started 2,721 companies and bought 13,013 properties in Turkey in the past 40 years, the report added. It is estimated that $620 million in financial assets have flowed from Iran to Turkey.

In an interview with the Tehran-based Fararu news agency on Aug. 23, Ali Farnam, an expert in housing development and urban planning, said: “Financial assets that flow out of Iran into Turkey are not solely used to buy properties in that country. Many of our neighbors have relaxed their laws to attract Iranian investors. These measures have increased the volume of financial assets that have left Iran.”

Besides the outflow of financial assets, Iran has also been experiencing a mass exodus of expertise in various fields. The financial and human capital flight will have dire consequences for the Iranian economy in the next few decades.

In an interview with the Tehran-based Mardomsalari online newspaper on Aug. 27, Ehsan Salari, an economist and financial analyst, said: “There is a direct correlation between the financial crisis and a rise in emigration to foreign countries. In an economic crisis, some Iranians sell their homes and buy properties in Turkey, or export goods and keep their money in foreign banks.”

“Our economy has suffered a great deal. It has been stagnant for a while now,” Salari explained. “Some reports suggest that the Iranian economy may not return to where it was a decade ago until 2025, mainly because of the volatile foreign exchange market and some quasi-private and private banks’ unregulated actions.”

“The government and private investments form 70 percent of the country’s economy. What happens to the other 30 percent? That is the financial assets that leave the country in the guise of investment,” Salari added. 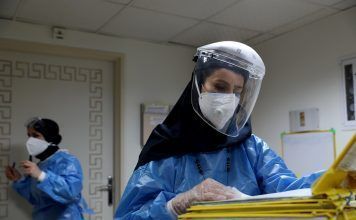