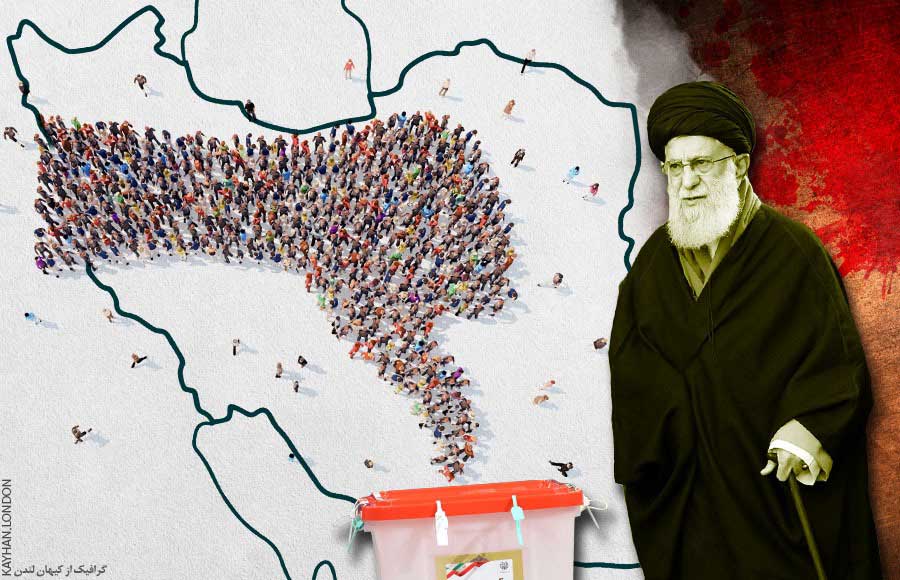 Conversation/Reuters: Iranians are heading to the polls to elect their next president and – after years of economic hardship and internal crackdowns on government protests – this election could have long-term implications domestically, regionally and internationally. Here are four things to watch:

The expectation for voter turnout is low. The parliamentary elections in 2020 had the lowest participation rate to date, with turnout of only 42% (in comparison to 70% in the 2017 presidential election).

Participation in elections is crucial for the legitimacy of the Iranian regime. There has been a significant media campaign by officials and high-profile leaders to encourage voting, including direct appeals from the supreme leader, Ayatollah Ali Khamenei.

Before the 2020 elections, Khamenei declared voting to be a religious as well as a national duty. More recently, he made a televised speech stating: “If people don’t participate in elections, enemies will maximise pressure on us.”

There are many reasons why turnout may be low. Many believe the president has little power and there is widespread anger over what is seen as a conservative-heavy ticket – and an assumption that the winner has already been chosen. There are also continuing concerns over COVID, with only 1% of the population fully vaccinated.

But the biggest concern for the regime itself is that low turnout represents a vote of no confidence – with growing dissatisfaction over a wide number of issues.

It is widely expected that the conservative Ebrahim Raisi will win the presidency. From the outset, the Guardian Council that oversees elections created a conservative-heavy ballot (five conservative candidates in total, with one moderate and one reformist). Since then, two conservatives have withdrawn – each throwing their weight behind Raisi – as has the reformist, leaving only four contenders.

Raisi is the most well-known candidate, having been head of Iran’s judiciary and having run against current president Hassan Rouhani in the 2017 elections. The prominence of his name on the ticket was cemented by the disqualification of other familiar figures, including parliamentary speaker Ali Larijani, current vice president Eshaq Jahangiri and former president Mahmoud Ahmadinejad. As a result, it appears that the regime has made considerable efforts to engineer his success.

If Raisi does become president it will compound domestic anger over election manipulation and have implications internationally. As a hardline conservative, Raisi is likely to prove more difficult to deal with than the moderate Rouhani. On the other hand, if Raisi doesn’t win, there will be considerable upset among the existing regime.

The Ministry of the Interior has advised that results will be announced by midday on Saturday June 19, less than 12 hours after the polls close. The reaction will depend on the results themselves, but there are likely to be large street protests in response.

A landslide Raisi victory or unexpected high turnout figures will no doubt result in questions of legitimacy. This could prompt similar demonstrations to those experienced in 2009, when mass protests demanded a rerun of the poll that reelected Ahmadinejad. But more likely is that the results will act as a catalyst to reignite broader anti-government protests.

Demonstrations against the regime, in response to the handling of the economy, increases in fuel price, government repression and the shooting down of a Ukrainian airline, started in 2017 and gathered pace into 2020. The result was extreme government crackdowns with at least 143 protesters killed and thousands injured or detained.

SPECIAL REPORT- Iran’s Leader Ordered Crackdown on Unrest: “Do Whatever It Takes to End It”

More protests will mean more of the same, with further destabilisation and tougher government intervention fuelling the cycle of dissatisfaction. The question will be which side will have to capitulate: the protesters or the regime, and to what extent international actors will become involved in any growing crisis.

Iran’s supreme leader, Ali Khamenei, is 82 years old. There have been increased reports of ill health, prompting increasing speculation over his successor. The supreme leader has ultimate authority in Iran, the most powerful Shia country in the world, so Khamenei’s successor will have a significant impact on Iran, the Middle East region and further abroad.

In recent years speculation has centred on two candidates: Khamenei’s son Mojtaba Khamenei and Ebrahim Raisi. There have even been accusations that the manipulation of candidates has been designed by Mojtaba Khamenei specifically to promote Raisi only to have him discredited in the upcoming election.

A loss or low turnout could damage Raisi’s reputation and ultimately his long-term ambition to become supreme leader, paving the way for a hereditary handover.

This is not beyond the realm of possibility. Mojtaba Khamenei manages his father’s office and with members of the Guardian Council selected by the supreme leader he is likely to have considerable influence within the committee.

Furthermore, even if turnout and support for Raisi does end up being higher than anticipated, the presidency represents a risky path to succession. He will have to deliver if he wants to remain in the running for the ultimate position of power. Rouhani was previously considered a contender for the supreme leadership, but his failure to deliver reform has lost public support for this position.