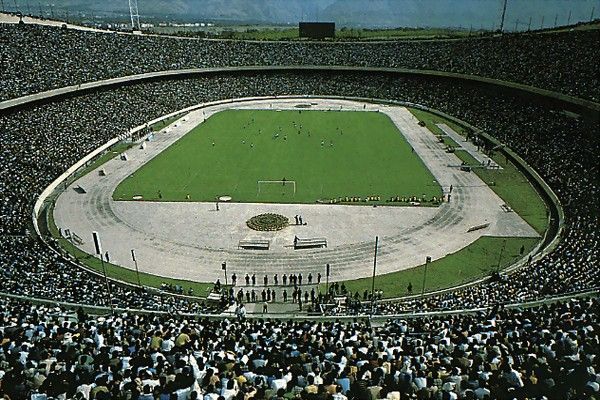 The Azadi sports complex, formerly known as Aryamehr stadium, is in a bad state of disrepair due to neglect and unfinished renovation and construction projects, according to a report by ISNA [the Iranian Students News Agency.] The 43-year landmark, which hosted the 1974 Asian Games and the 1976 AFC Asian Cup, is now a junkyard littered with rusted cars and trash. The construction of many sport arenas within the complex was halted shortly after it started. The stadium’s ground is covered with machinery, tools and building materials. Expensive scoreboards, light fixtures and equipment have been left unattended. There are a number of sports arenas within the complex that are currently out of use. They should be renovated and be used as public sport and leisure centers.

President Hassan Rouhani’s Chief of Staff Mahmoud Vaezi recently said: “In its 2018 budget, the government has not earmarked funds for projects that should be implemented by the private sector. Officials in the Budget and Planning Office most probably allocated some funds towards completing the construction of sport centers. This government is concerned about all sport projects, and is adamant to help out in any way it can.” The stadium was designed by the Iranian architect Abdolaziz Farmanfarmaian [1920-2013] and the U.S. firm of Skidmore, Owings & Merrill [established in 1936 in Chicago.] The structural engineer and project manager for the building was James Raymond Whittle from Newcastle, England. The record attendance at Azadi Stadium is more than 128,000 during a 1998 FIFA World Cup qualifier against Australia.

The complex changed its name from Aryamehr to Azadi [freedom] after the 1979 Islamic Revolution. Frank Sinatra held a concert at the stadium in November 1975.