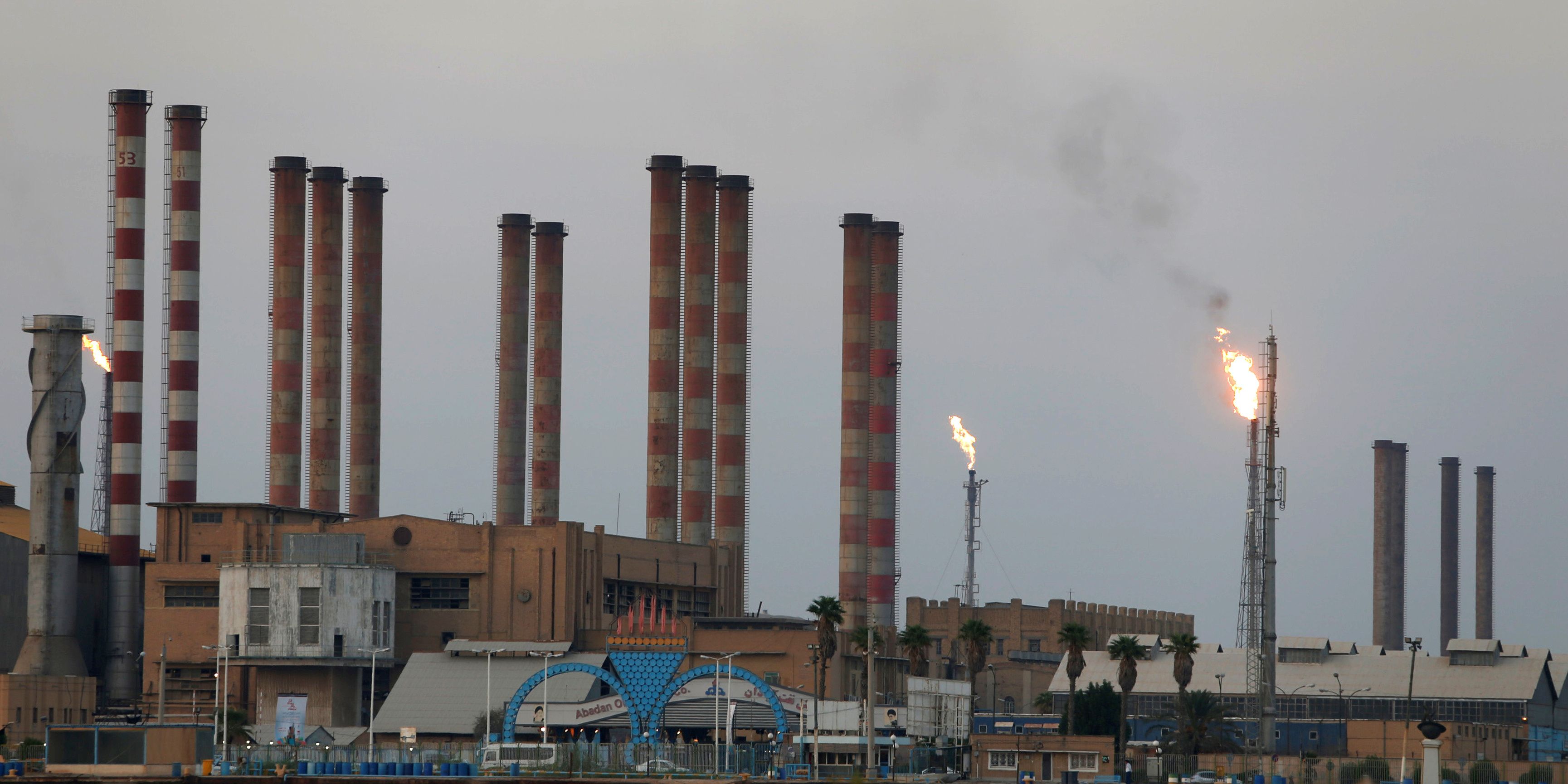 LONDON, Oct 29 (Reuters) – Below is a list of Iranian downstream energy projects where construction has been delayed and existing facilities where operations have been disrupted due to water scarcity.

The list was compiled based on reports in Iranian state media, traders and project managers involved in the projects who spoke directly to Reuters and statements by the companies involved or major shareholders in the projects.

The company’s second phase project aimed to produce 660,000 tonnes of urea and 40,000 tonnes of melamine a year. Tamin Petroleum and Petrochemical Investment Company (TAPPICO), a major shareholder, said on its website the project had not yet proceeded because it had not secured a water supply.

The expansion of a plant to produce 120,000 tonnes of propylene a year was halted because of a lack of water, a trader closely linked to the project said. When asked to comment, the company told Reuters it had all the necessary licences, adding that the project was supposed to be launched in 2018 but was only 30% complete and would now be finished in 2022.

Four other industrial projects, which had planned to use the ethylene output, are also at a standstill. The four projects are: Jahrom, Darab, Estahban and Fasa petrochemical plants.

More than 12 years after breaking ground for the petrochemical plant, Iran‘s state broadcaster IRIB reported that it was still not finished due to lack of water it needed. The plant was designed to produce 677,000 tonnes of ammonia and 1,073 tonnes of urea a year. The company did not respond to an emailed request for comment.

Seven years after the official launch, the project site was an empty plot surrounded by a fence, Tasnim news agency said. The plant was designed to have annual production of 11,000 tonnes of isobutane, 80,000 tonnes of 2-ethylhexanol and 45,000 tonnes of ethylene. A trader linked to the project said a failure to secure water supplies, as well difficulty accessing feedstock, had caused delays. Koohdasht Petrochemical Development Company did not respond to an emailed request for comment.

Protests by farmers, concerned about the impact of the plant on water resources, have delayed the petrochemical project, Tabnak news reported, adding the facility needed 15.5 million cubic metres of water a year. Dena Petrochemical Industries Company did not respond to a request for comment.

Water scarcity in the inland Khomein area west of Tehran has caused delays to construction of plant, state news agency IRNA said. The plant planned to use feedstock from Isfahan and Shazand refineries to produce 185,000 tonnes of polypropylene a year, state broadcaster IRIB reported. Contact details for the company that runs the project was not publicly available.

The plan to build a 120,000 barrels per day refinery near a national park in parched Fars Province drew opposition from residents and environmental activists, IRNA reported. The $1.5 billion project has been delayed but local lawmakers have said it must not be moved out of Fars Province. Shiraz Oil Refining Company did not respond to an emailed request for comment.

The oil refinery, which relies on drawing 8 million cubic metres of water a year from the Zayandeh river, has struggled to secure its needs due to drought. The refinery’s chief executive, Heshmatollah Ebrahimi, said in 2018 that 50% of the refinery would be shut down if a long-term solution was not found, Nabz-Naft news website reported. Esfahan Oil Refining Company did not respond to an emailed request for comment.

The refinery, a major Iranian refinery, had to temporarily shut in 2018 after some water pipes were damaged because of a build up of salt due to falling levels of the Karoun river and rising salinity, said the refinery’s head of public relations, Mohsen Kab Amir, according to Mehr news agency. Abadan Oil Refining Company did not respond to an emailed request for comment.

The company had to drill deep wells to access groundwater, state news agency IRNA reported, alarming environmental activists. The company told Reuters it was seeking a contractor to develop a 10 million euro ($11.1 million) project to recycle water from the urban centres.