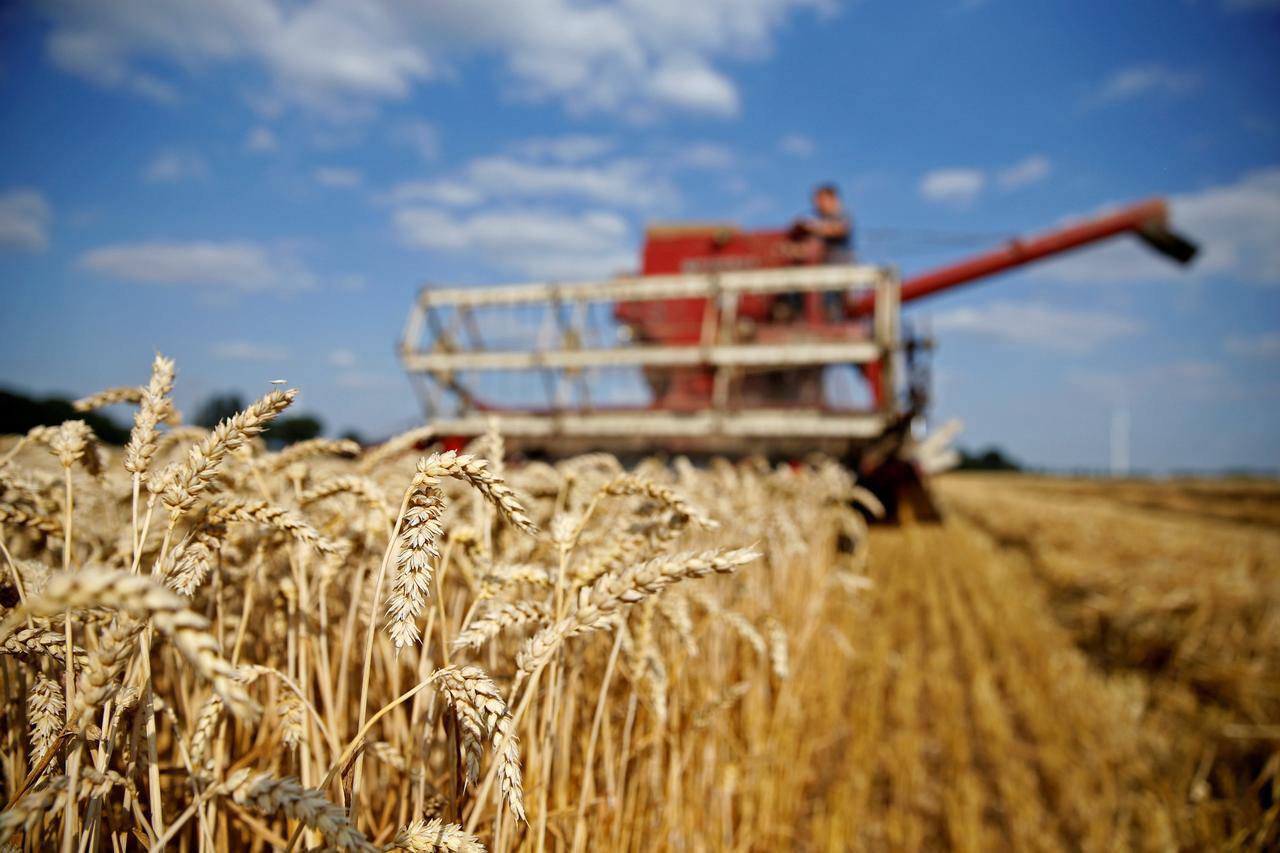 DUBAI/LONDON, May 7 (Reuters) – Iran is scrambling to buy millions of tonnes of wheat, corn and soybeans to shore up its reserves, Iranian officials and traders said, despite President Hassan Rouhani’s assertions that the coronavirus would not endanger food supplies to the Middle Eastern country worst hit by the pandemic.

Iran‘s bumper grain crops will guarantee citizens ample staple foods to the end of the Iranian year in March 2021 as the impact of the pandemic has not spread to farming, Rouhani told parliament in a televised address on the state of the coronavirus crisis on April 15.

But the previously unreported buying spree highlights concern in Tehran of a possible future supply crunch should the pandemic further exacerbate an already challenging environment for Iran to import from international sellers.

The urgency has prompted Iran to alter its approach to buying commodities, seeking out direct contracts — rather than announcing international purchasing tenders — with smaller-sized trading houses.

Rouhani’s office and the government spokesman’s office declined to comment on the issue when contacted by Reuters.

“These figures could change because of the outbreak,” the source said, explaining that import targets could move downwards if exporters curbed supplies on the back of the virus, making Iran‘s search for grains even more challenging.

Competition for international commodities is heating up as governments move to buy more to shore up their reserves, spurred into action by lockdowns which have slowed supply chains and prompted export curbs.

Food, medicine and other humanitarian supplies including animal feed are exempt from U.S. sanctions, re-imposed in 2018 after the United States pulled out of Iran‘s nuclear deal with six world powers, but authorities say the step has nevertheless deterred some foreign banks from doing any Iranian business, including food shipments.

The effect of sanctions-related financial hurdles on Iran‘s food buying capability was clearly demonstrated in late 2019, when at least 20 vessels carrying more than a million tonnes of grains piled outside Iranian ports as payments lingered.

The Islamic Republic is under rising economic pressure as it remains shut out of international capital markets and faces a further finance troubles with the collapse in oil prices, on top of the U.S. embargo targeting its oil industry.

Iran‘s economy is set to fall deeper into recession this fiscal year and foreign reserves could drop to $73 billion by March, a loss of almost $40 billion in two years, the Institute of International Finance said in January.

“They are taking a new approach to buying because the big boys don’t want to touch Iran anymore,” one Middle-East based trading source said.

Large trading houses, hit by payment delays and large demurrage fees as a result of long waits at ports, are mostly shying away from Iran.

The Middle East trading source, who does business with Iran, said the government was now focused on doing the bulk of its wheat and corn purchases through private contracts rather than formal government purchasing tenders and seeking out smaller trading outfits to sign deals.

Traders are being promised 90% of their payment balance before the vessels pass the Suez Canal, he said, adding that banks in South Korea, Russia and China were mostly involved in financing the deals versus more Turkish bank involvement in the past.

“It’s not my issue how they get the money there, but they do,” he said, when asked if he was worried that payments for contracts could get delayed as in 2019.

“It is easier for them to get things going that way and to get payments through,” he said, adding that Iran was currently attempting to sign contracts for 250,000 tonnes of wheat and 200,000 tonnes of corn for delivery in April and May in that manner.

Nigel Kushner, chief executive of British law firm W Legal with clients involved in Iranian grain trading, said payment routes for humanitarian goods including food were emerging from Switzerland, the European Union and countries which had frozen Iranian funds – such as South Korea – which could potentially be used.

“All those options are viable – there is greater scope now for using these payment routes than there has been for quite some time,” Kushner said. “The problem is the Iranians have got to find the money.”

European grain traders said they had been told by officials in Tehran that Iranian funds from oil sales in Asian banks, mainly euros, were being transferred to Switzerland where a new payment mechanism for grain imports is being prepared.

If payment is possible via Swiss banks, traders at multi-national trading houses said they would resume high-volume sales to Iran.

Iran, one of the world’s largest consumers of bread, needs around 16 million tonnes of wheat annually.

Its production of the grain is forecast at 14 million tonnes this Iranian year ending March 2021, with the government looking to buy 10.5 million tonnes of that.

But despite Iran‘s sizeable production figure, its state purchases have been declining over the years, largely as a result of years of what critics say is mismanagement by the cash-strapped government.

“When they offer such a low price to Iranian farmers, of course they will face such shortage. The price has increased this year but it is still low,” a former agriculture ministry official said, accusing the government of mismanagement.

“Instead of paying a huge amount of money to dealers and small traders, the government could easily increase the offered price for domestic crops,” the official, who still is part of the establishment, said.

Iran‘s government is paying 25,000 rials per kilogram or just over $500 a tonne, an increase over the previous year where payments were as low as 17,000 rials/kilogram or $405 a tonne, but it is still not high enough to convince farmers to sell their grain to the state.

“Many farmers will sell their wheat to livestock farmers to use it as feed. The price they (livestock) farmers pay is almost double the amount the government pays for the wheat,” the senior agriculture ministry official said.

On Wednesday, Iran‘s Supreme Leader Ayatollah Ali Khamenei’s comments did not reflect President Rouhani’s strong certainty that bumper crops were enough to feed the nation for the year ahead, framing self-sufficiency as a goal yet to be achieved.

“We should be able to produce our domestic demand and be self-sufficient. Of course, now we don’t face water shortage … therefore, we should adopt a policy be able to produce all necessary agricultural products, from wheat to rice and all kind of grains.”

(Reporting By Maha El Dahan and Parisa Hafezi in Dubai and Jonathan Saul in London; additional reporting by Michael Hogan in Hamburg, Polina Devitt in Moscow and Karl Plume in Chicago, editing by Michael Georgy, Veronica Brown and David Evans)