Chogan, an ancient Iranian horse-riding game accompanied by music and storytelling, has been inscribed on UNESCO’s Representative List of the Intangible Cultural Heritage of Humanity.  The game is commonly known around the world as polo.

“Chogan is a cultural, artistic and athletic element with a strong connection to the identity and history of its bearers and practitioners,” said UNESCO  in its announcement. “It has a strong presence in the literature, storytelling, proverbs, handicrafts and ornaments that are valuable parts of the symbolism of its practitioner.”

“Chogan establishes a connection between nature, humankind and horses, and fosters a sense of belonging to society and history,” UNESCO added.

UNESCO (the United Nations Educational, Social and Cultural Organization) set up the Representative List of the Intangible Cultural Heritage of Humanity in 2009 to raise awareness of the importance of cultural practices and expressions, and to recognize the traditions and know-how of communities it identifies as repositories of cultural diversity.

Chogan is perhaps the world’s oldest team sport. It was played on horseback by mounted nomads in Persia more than 2,000 years ago, with the first recorded tournament dating back to 600 B.C. between the Turkomans and Persians.

The most spectacular tribute to polo is the imperial city of Esfahan, constructed by the Safavid Emperor Shah Abbas the Great (1571-1629) around a royal polo ground, the Naqsh-e Jahan Square. The ancient polo grounds are proof of this age-old heritage, and include the original eight-yard-wide stone goal posts, which remain the standard to this day. Iranians still refer to the game by its original Persian name of chogan (mallet).

Chogan was initially a training game for cavalry units, usually the king’s guard or other elite troops — a miniature battle for the warrior-like tribesmen who played it with as many as 100 to a side.  It went on to become a Persian national sport played extensively by the nobility, including women, as evidenced by references to the queen and her ladies engaging King Khosrow II Parviz and his courtiers in the 6th century AD.

In the tale of Khosrow and Shirin, the 12th century Persian poet Nezami links the love story of this Sasanian king and his beautiful consort to her abilities on the polo field, and describes matches between the Emperor and his courtiers and Shirin with her ladies-in-waiting.

Persian literature and art provide the richest accounts of polo in antiquity.  The game was periodically portrayed in ancient miniatures depicting sovereigns and their finest horsemen, and detailed descriptions and rules of the game were provided in ancient manuscripts.  In his 10th century epic Shahnameh (‘Book of Kings’), Ferdowsi, the most famous of Iran’s epic poets, gives a number of accounts of royal polo tournaments.

“By the end of the ancient times, polo had spread from the steppes to Mesopotamia, Syria and Byzantium to the west and across Asia to China and Japan,” writes Steve Craig, author of Sports and Games of the Ancients. “In China, it was supported by all 16 emperors of the Tang dynasty (A.D. 618-907), several of whom were reported to be excellent players.  The Tang emperors viewed polo, or ‘jiju’ as it was called, as an excellent form of military training, as the horse had increasingly been introduced into military life.”

“Polo was the domain of the ruling class,” adds Craig, “and at times a conversation point between rulers from different regions of the world.”

The game was introduced to India by the Muslim conquerors in the 13th century.  By the 19th century, it still only existed in a few relatively remote areas of the northern Indian subcontinent.  It was then rediscovered and wholeheartedly adopted by British soldiers who brought it to England, spawning its spread around the British Empire, Europe and the United States.

The British played a major role in the game’s development from the 19th century onwards, giving it its present name, “polo” (derived from the Balti word pulu meaning ball) and including it for the first time in the Olympic Games held in Paris in 1900.  In addition to the military, the sport would go on to become popular with the nobility and royalty.

Introduced by British settlers in the Argentine pampas, the game became increasingly popular in Argentina throughout the 1920s and ‘30s, benefiting perhaps from the gaucho heritage. The country has established itself as the most important exponent of polo in the world.

In chogan, two teams of four players or choganbazan compete to pass a white ball (originally made of willow root) through the opposing team’s goal posts using a mallet. The mallet is a 120-centimeter-long wooden stick which has a cylindrical piece of wood attached to its tip.  The meydan, or playing field, is typically 300 by 160 yards (270 by 150 meters), the size of approximately six soccer fields or nine football fields.

The mounts used are called ‘polo ponies,’ although they are actually full-sized horses that are selected carefully for quick bursts of speed, stamina, agility and maneuverability. Many are thoroughbreds or thoroughbred crosses and trained to respond to the rider’s leg and weight cues for moving forward, turning and stopping.

A full game consists of four, six, or eight chukkas or rounds, each involving seven minutes of play. The players dismount and change ponies between each chukka, replacing tired mounts with fresh ones, with ponies usually not playing more than two chukkas.

In Iran, skills related to chogan have traditionally been transmitted informally within the family or in workshops, and chogan techniques continue to be actively safeguarded by families and local practitioners. However, chogan associations have also been established, holding training courses, supporting local masters and providing assistance in transmitting all aspects of Chogan while safeguarding local diversity.

Since 1998, the game has been recognized as a sport with a bona fide international governing body by the International Olympic Committee. 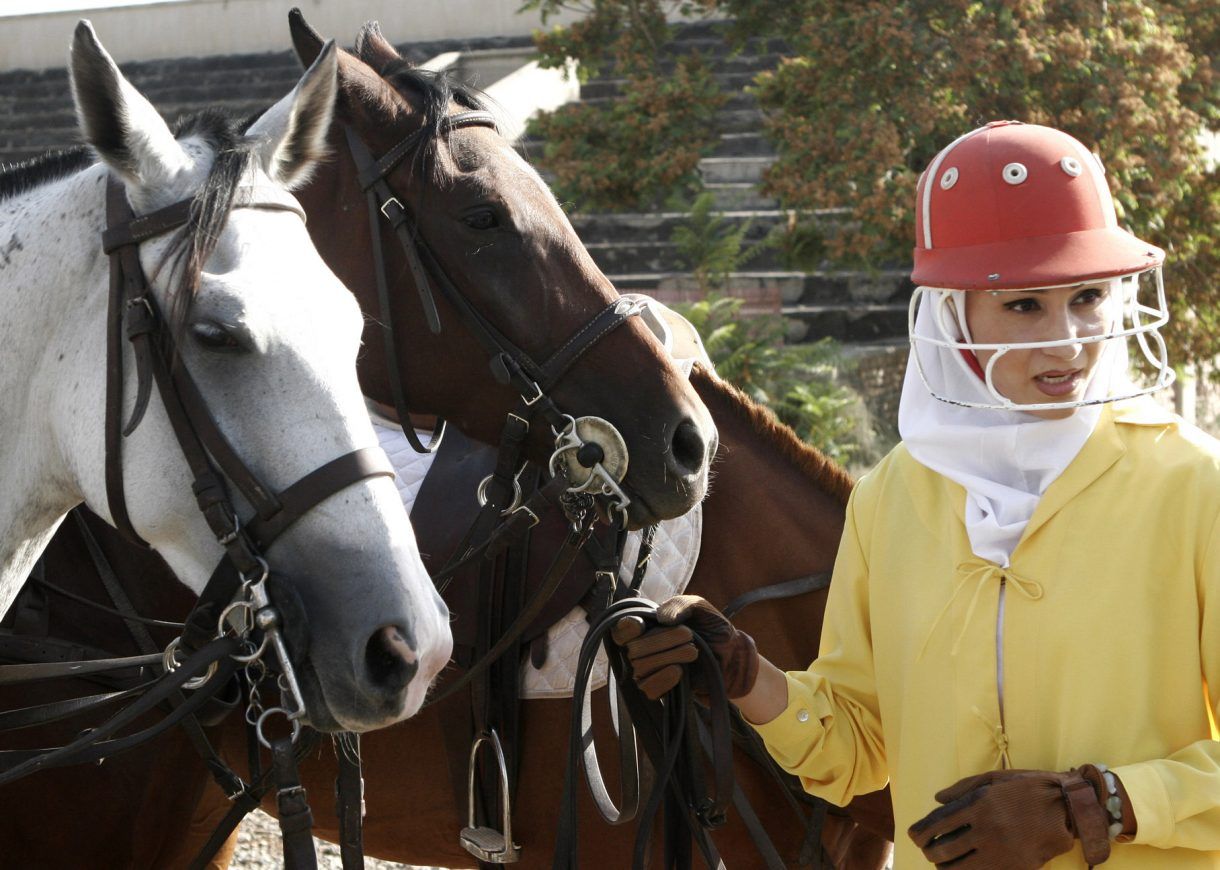 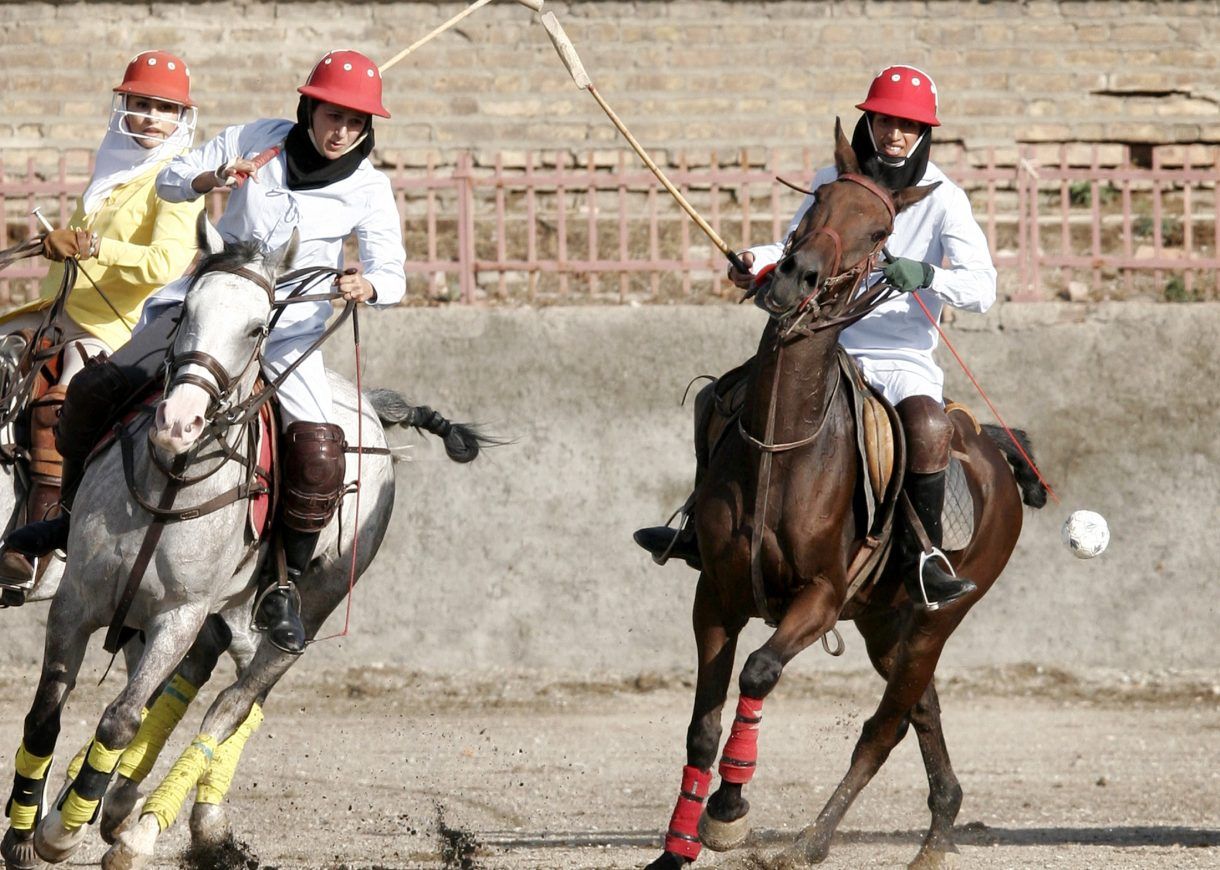 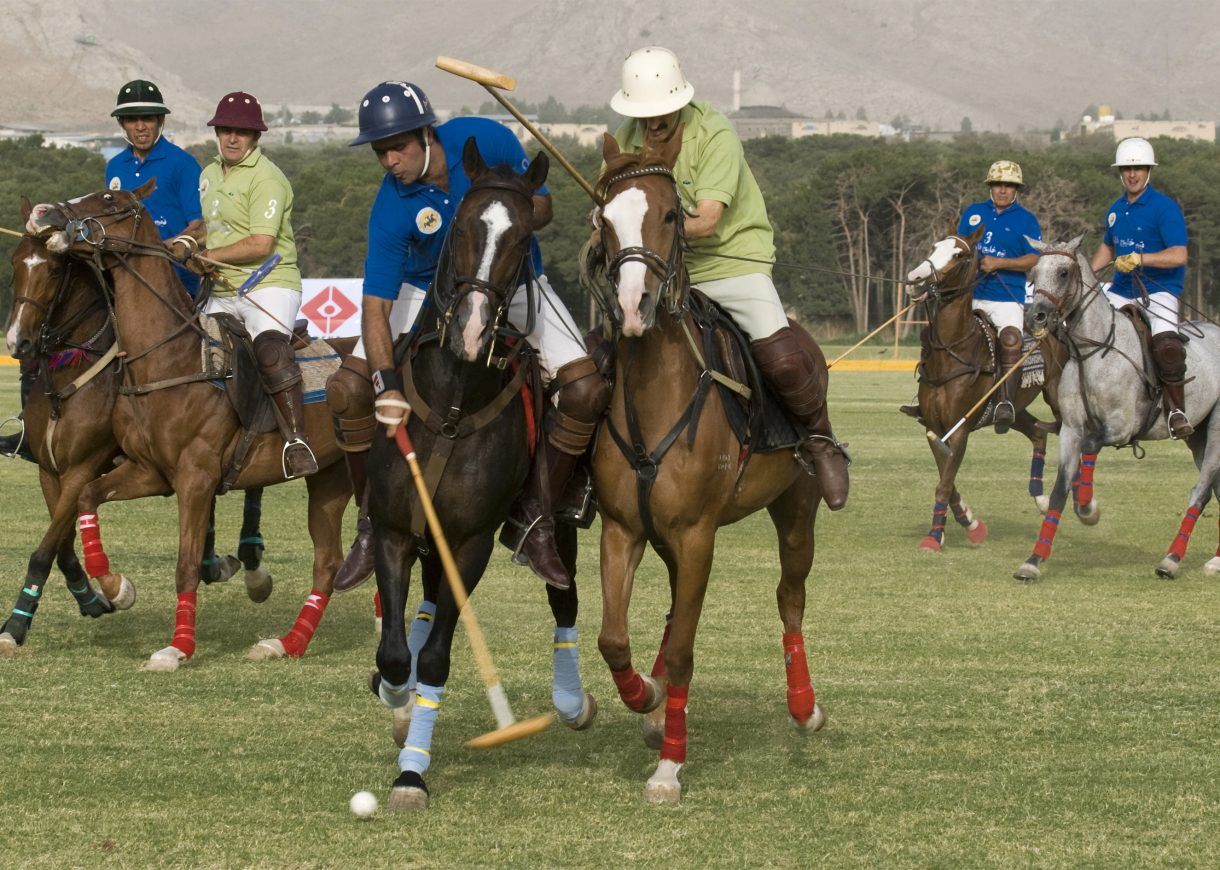 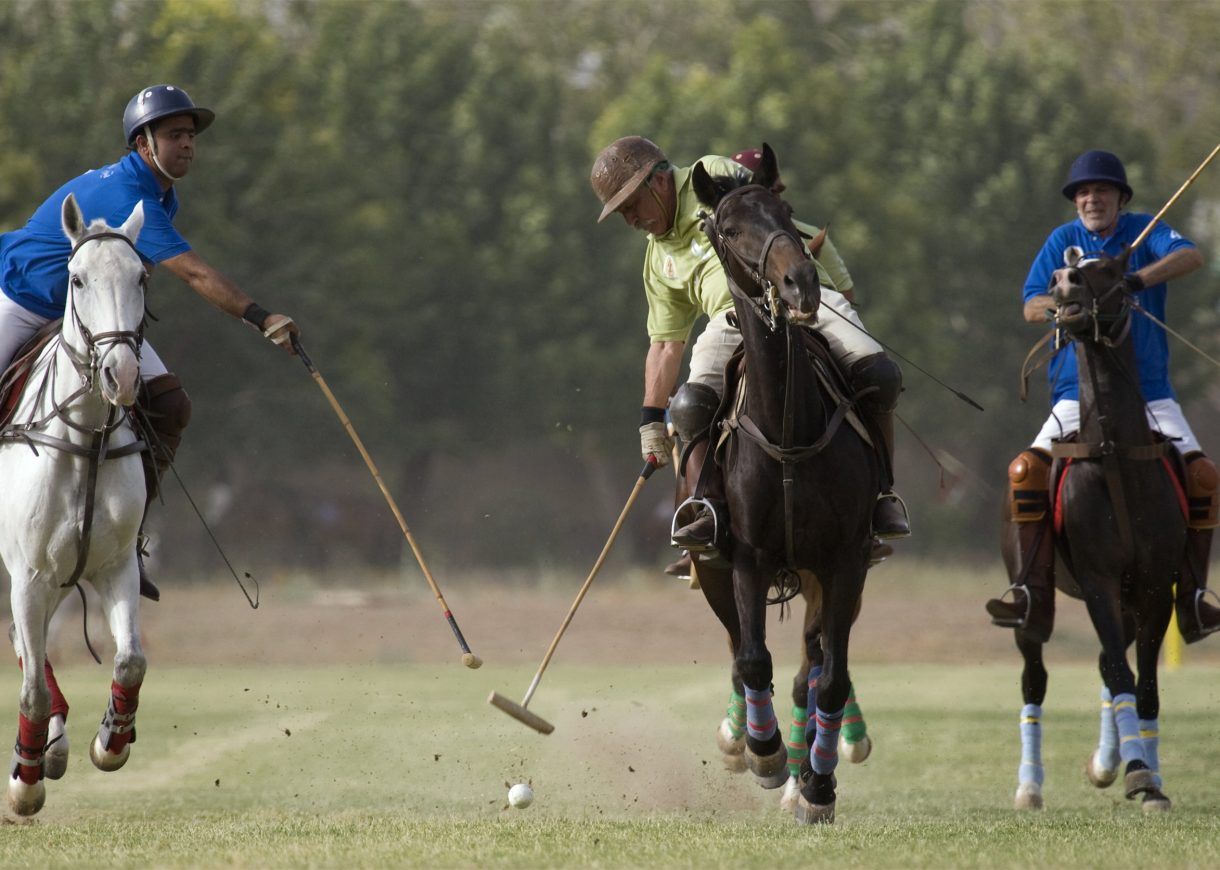