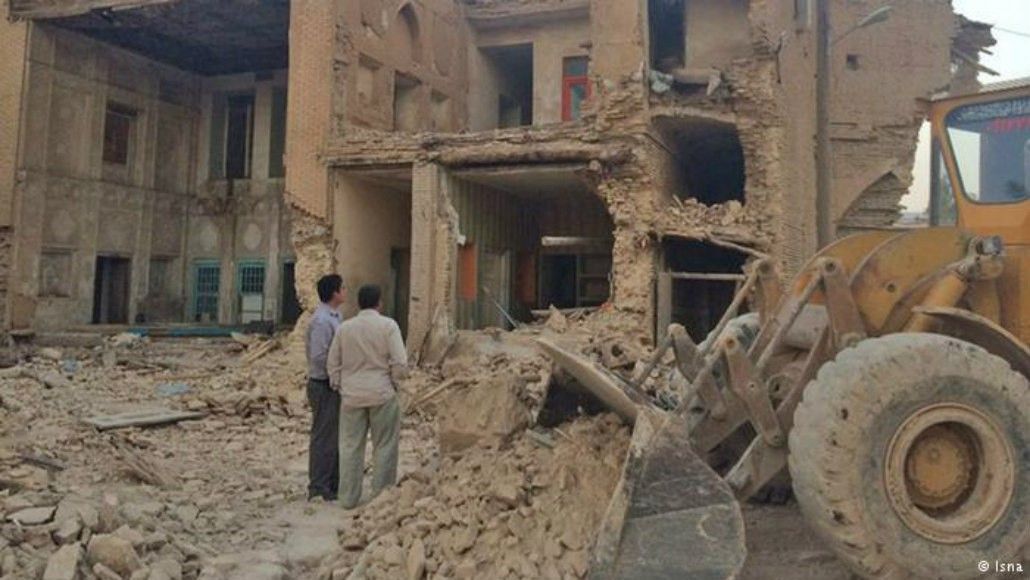 Mehdi Hajati, a member of the Shiraz City Council, has posted video footage on his Twitter page showing the demolition of historic homes around the Shah Cheraq funerary monument and mosque (dating back to the 12th century AD.)

The video clip shows the demolition of two houses which are among the city’s registered historic sites. “The destruction of these buildings is apparently part of the Beynol Harameyn project, which will ultimately link the Shah Cheraq Mosque to the Seyyed Alaeddin Hussein Shrine,” Hajati told ILNA (the Iranian Labor News Agency.)

“I’ve raised the issue three times during the city council’s open sessions, citing Article 558, which requires the judiciary to take action in this case,” Hajati wrote in a tweet. He also posted a photograph of Yadollah Montaseri’s house (from the Qajar period), which has now been reduced to rubble.

According to Hajati, the contractors received their work order on March 14 to demolish Shahram Bahrami’s house and another home in the Sadr-Jahromi neighborhood (Qajar period.) They had already cut power to these homes.

Hajati also posted a photograph of an old man who has refused to leave his condemned house, which has no electricity.

“These residential homes are part of the Shah Cheraq Complex. The occupants are required to look after these historic buildings. Unfortunately, they are now being demolished,” Hajati said.

“All but one of these houses has been leveled to the ground,” he added. “Public pressure has helped to save one house.”

According to Hajati, the security guards at Shah Cheraq Complex have prevented inspectors from the Cultural Heritage, Handicraft and Tourism Organization of Iran (ICHTO) from visiting these sites.

“The ICHTO has filed a complaint in this regard. We’ve also included this issue on the agenda for the next open session of the Shiraz City Council. We have invited representatives from the Judiciary, the security agencies and the Shah Cheraq Complex to attend the meeting. We hope to prevent further destruction of historic sites in Shiraz,” Hajati said.

These homes are situated in the area between the Shah Cheraq Mosque and the Seyyed Alaeddin Hussein Shrine, which measures around 57 hectares. Previous attempts to demolish these homes were halted after strong public protests. But the demolition has recently resumed.