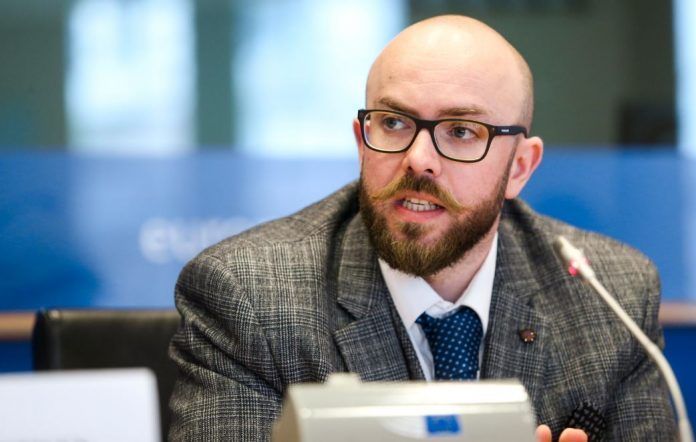 Simon Mabon is a lecturer in international relations at Lancaster University in the U.K. His book “Saudi Arabia and Iran: Soft Power Rivalry in the Middle East,” which is currently being updated, is a particularly timely tome, given the continuing –if not escalating – tensions between Tehran and Riyadh, which are being played out in countries such as Syria, Iraq, Yemen, and Lebanon.

Kayhan Life spoke to Mabon about his book.

You say in the book that one can fundamentally classify the rivalry between Iran and Saudi Arabia as “ideological” or “geopolitical.” Can you explain what you mean?

If you look at the rivalry historically, and the literature that has been written on it in recent years, you see a certain number of trends along religious differences –Sunni and Shia – or by the struggle to exert influence across the Middle East. When you see events in Bahrain, Syria, or Iraq, there are two different ways to look at it: either the states are getting involved in helping their co-sectarian allies, or the two states are trying to expand their influence across the region.

Do the two dimensions appear separately or together at times?

I would argue that more often than not, the two go hand in hand. But a number of people have suggested that they are separate, that religion is just a figleaf for national interests. Some say it is about the historic schism between the Sunnis and the Shiites. I think that either argument lacks nuance. To boil it down to one issue would be deeply problematic.

You also say that there is a correlation between a country’s internal dynamics and how those dynamics translate into decisions based on external security considerations. What examples can you offer?

Regimes have to speak to internal audiences to maintain legitimacy. They need to maintain control and influence to maintain their position as ruling elites. Often, that involves using a particular type of language, a particular rhetoric to reaffirm support from their constituencies.

In the Saudi case, long-standing relations between the Saudi rulers and the Wahhabis mean that the Al-Sauds have always had to hold vociferous anti-Shiite views. That, of course, had impact across the region, as we have seen, in the execution of [Saudi Shiite] Sheikh Nimr Al Nimr in 2016, and the protests that we saw in Iran and damage done to Saudi consulates in Iran.

There are those who believe that the way Sunni minorities in Iran are treated has led neighboring states to support their own co-religionists. So instability domestically requires a certain type of response from the political elite and the leaders which then, given the ethno-religious complexities of the region, means that other people across the region are affected.

Isn’t there another side to the coin, meaning regimes using external excuses as a way of dealing with internal opposition?

I think that certainly that is one reason that is given. For 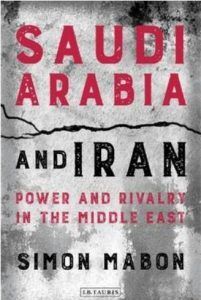 example, the Saudis have blamed general unrest among the Shiites in the aftermath of the [Iranian] revolution on the Iranian [government], and it meant any internal unrest is interpreted as a form of external manipulation. But the other way also holds true. As we saw with the execution of Sheikh Nimr, there were external ramifications because of the importance of ideological factors across the region.

Which of these scenarios has happened more: have regimes used internal instability as a way of creating external interventions, or have they used external issues to suppress internal opponents?

That is a really difficult and good question. I think in the case of Iran, perhaps using external threats as a way of responding to internal dissent, trying to create a “rally around the flag” effect. But in the Saudi case, it’s the other way around.

You also say, “It is not just direct intervention in neighboring states that shapes the nature of the rivalry, rather it is the perception of the intervention that is integrated in the understanding.” Why do you say that?

There is this general suspicion that Iran is behind any form of unrest. And when there is unrest and domestic tension among some of the [Iranian] ethnic groups on the periphery of the state, there are often accusations that foreign powers are meddling, providing funds and support for the Arabs and Baluchis. There is not much direct evidence of this. But perception is key because you act on the basis on that perception.

States and elites will then behave with concern that these identities reject their national sovereign state. But of course, that is not true, as we saw in the case of the Iraqi Shiites during the Iran-Iraq war who did not support Iran and sided with Saddam even though Saddam had long been persecuting them.

You also say both Iran and Saudi Arabia have used “soft” power and “hard” power. How do you define those and what has been the countries’ success rate?

I used “soft” power as a sense of attraction, a sense that people behave a certain way because they are attracted to your values, the way you behave, and your interests. Predominantly because of that shared religion, both states use Islam for soft power legitimacy. So the Saudis have long framed themselves as protectors of the Moslem world, protectors of the two holy mosques, and [their country as] the place of Hajj.

But with the revolution of 1979, the Iranians laid claim to that position, saying the Saudis were unpious, behaving debaucherously, that monarchies were an unacceptable form of ruling. There was that initial form of competition. That built up, and they supported different groups in the region.

Iran has this additional dimension of providing support for resistance groups. Iran uses hard power with Hizbollah and Syria. Saudis have taken on using hard power more and more, particularly in Syria and Yemen, and they have also started using economic power, which I would put as hard power.

What has the rate of success been so far?

That is a really difficult question. I think in terms of soft power, despite all the monies that the Saudis have put into it, I think it’s the Iranians who have been a lot more successful, and you can see that in terms of cultural capital, general infrastructure development projects in Pakistan and across the Middle East. There is a lot more interest in Iranian development projects than in Saudi projects, even though Saudis have more money and have put more money into a number of states.

Where do you put the nuclear issue in the ideological versus geopolitical argument?

I think the nuclear issue has more to do with geopolitics and protection. Geopolitical if you take the argument that Iran is seeking a nuclear weapon: then [in that case], Iran is doing it for its protection, not for ideological reasons, say, protection from US forces in the region. The Saudis, too, are worried about the potential for Iran to build a nuclear weapon. And that has a security dimension too, because they don’t like neighbors with whom they have had fractious relations, having nuclear weapons. Also there is a prestige issue: that if the Iranians have nuclear weapons, then the Saudis would want one too.