Covering foreign affairs as a journalist is a tough business. And those who have done it well over the decades know the difference between their toilsome approach and the parachuted-in journalism practiced nowadays, in the age of 24/7 cable and Internet connectivity. 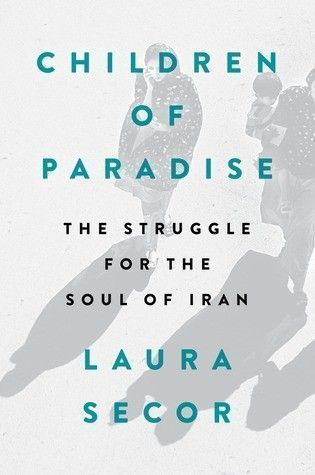 Laura Secor is one such journalist. She keeps an artisan’s eye on the Middle East, specifically Iran. She has written on Iran for The New Yorker, The New York Times Magazine, Foreign Affairs, New Republic, and other publications, and has worked at The New York Times, The Boston Globe, The American Prospect, and Lingua Franca.

Last year, she published her first non-fiction book on Iran, “Children of Paradise: The Struggle for the Soul of Iran“. She spoke to Kayhan Life about how Iran became her area of focus, and about recent events in the country.

How and why did you develop an interest in Iran?

I had my eye on Iran for some years before I got there, because I was interested in the intersection between ideas and politics, and Iran seemed like a country with a lively, consequential, and little-documented recent intellectual history. Where you have change and reversal, you have story, so this also made Iran attractive to me as a writer.

I went the first time on a tourist visa, without any magazine behind me, and it was sobering. I’d never experienced such an oppressive environment. And so I became interested in how Iranians navigated that.

I went back for The New Yorker three times and the New York Times Magazine once. Iran is a very tough place to work as a journalist, particularly on an American passport, and to really get anything out of those trips required enormous investment in between them. But ultimately, the thing that hooked me was the people I got close to inside the country, including some I never wrote a word about.

What did you think of the results of the latest elections? Were you surprised?

I wasn’t surprised by the results, but I was a bit surprised by the campaign. I’d thought of Rouhani as a cautious centrist, both by conviction and by temperament. Late in this campaign, he embraced the reformist wing of his constituency and the legacy of the Green Movement, running on a platform that encompassed human rights and civil liberties. These were weak points for Rouhani in his first term, leading to justifiable skepticism about his commitment to them. Doubling down on them won Rouhani enthusiastic support, even though in the long run, doing so incurred significant risk for him.

In a number of your writings, you touch on the concept of civic nation-state and how it’s been a factor in the past few elections in Iran. Where do you see that movement going? Will it lead to the Iranian equivalent of an Arab uprising? And would that be a good thing, given the outcome in the Arab world?

I think civic engagement is something distinct from revolutionary fervor. Civic engagement is not, itself, a movement or a set of ideas – it’s simply the impulse to take part in political life, and to see the nation as a collective, participatory project, in which the individual has a stake and a purpose.

I have written and spoken often about the persistence of this impulse in Iran, because it seems to survive under the most adverse conditions. To be a journalist, an engagé intellectual, a candidate for office, a student leader, a community organizer, a human rights defender, any of these things and so many more, in Iran, is to expose yourself to potentially ruinous consequences, and to buck an atmosphere of intense intimidation.

I’ve written extensively about extrajudicial killing in Iran, about prison conditions, and the use of torture and psychological cruelty to coerce confessions that are then used to incriminate others. These are among the consequences you face down when you insist on participating in political life in Iran. But people do – one generation after another. Iran has a very long history of despotic regimes, yet this history has not produced a compliant culture. Note that the Green Revolution preceded the Arab Spring, not the other way around.

That said, I don’t see a direct line from this observation to predicting a new revolution in the streets. Iranian political engagement has tended to assume many other forms, not least because the country has a vast, effective, and quite violent security apparatus. You can, and Iranians do, have arguments about whether or not civic engagement short of revolution is ultimately futile or even counterproductive. But between the traumatic decade that followed the 1979 revolution and the brutal crackdown that met the 2009 demonstrations, many Iranians living inside Iran tend to be leery of uprisings.

You are a proponent of more bilateral relations. Is there evidence that opening up to the West (if any) has made tangible improvements in the lives of people inside Iran? Looking at unemployment, economic growth, and massive military expenditures, would it not be fair to say ‘no’?

An improvement in bilateral relations with the United States was never going to be a panacea for Iran’s deep-seated economic problems. To the extent that I’ve supported diplomatic engagement with Iran, it has been for other reasons.

As an approach, I believe it is the least bad American foreign policy option in a volatile and complex region where Iran is a key player. I also happen to believe that improving bilateral relations will ultimately serve the Iranian people – not by solving their economic problems, but by diminishing their isolation and reducing the likelihood of war.

How do you see the future of the country?

I truly don’t know. But I think the next four years will be tense. Rouhani has to either make good on his campaign, which will mean confronting a security state that holds all the relevant cards, or betray a good part of his constituency, which will seek to hold him to account. The core of the Iranian regime has placed violence in the path of any improvement.

Yet it’s all but impossible to be totally pessimistic when so many Iranians have invested their lives in the idea of a better future. The fascinating thing about Iran is that it truly charts its own course – you can’t come up with an analog and say, this is what happens now. There is no analog.