Galerie Nicolas Flamel in Paris is known for showcasing works by prominent Iranian artists, and its exhibitions usually bring together a mix of established and emerging talents. In its most recent show, “Become the Sky,” the gallery chose to focus exclusively on the works of 15 young artists – working in painting, photography, sculpture and installation. The show drew inspiration from a poem by Jalal-ed-din Rumi, and works were selected based on their relationship with the theme of the sky.

Galerie Nicolas Flamel was founded in 2009 by Kimya Derambakhsh and Fathali Metghalchi in Paris. The gallery’s objective was to introduce Iranian artists to other countries such as France. In 2011, Yassaman Metghalchi and Hessam Khalatbari joined the gallery team and took over its management.

“Our initial intention was to introduce groups of people who were perhaps less familiar with our culture to our Iranian identity through art, so that they could see the historic and cultural realities of our nation from an artistic perspective,” Ms. Metghalchi said in an interview with Kayhan London.

The theme of the latest show, “Become the Sky,” was chosen because “the sky has many symbolisms and messages in our culture. For example, a blue sky symbolizes hope, life, existence, light, power or eternity,” she said.

“The sky in this exhibition is a mirror of society as imagined by each of the artists in their own way, including their social environment and cultural boundaries. The characters in Ahmad Morshedloo’s painting portray part of the daily and maybe simple life of a couple. In Kambiz Sabri’s work, we are faced with a blue-colored sculpture in the form of a mattress, which in a way is a symbol of the sky, on which people float and are in motion.”

Asked to gauge the international market for Iranian art, Ms. Metghalchi replied, “Contemporary Iranian art is very well known, and because of Iran’s culture and civilization, people pay great attention to its artists. In international auction houses such as Christie’s and Sotheby’s, collectors always pay particular attention to contemporary and modern Iranian artists. The number of collectors cannot be specified, because they are dispersed in great numbers in Iran, London, Dubai, Paris, and America. One of Galerie Nicolas Flamel’s goals is to work with Iranian and international collectors and to encourage younger generations to purchase and collect art works.”

Arman Molavi, one of the exhibited artists (left in the picture with Behruz Heschmat), has been a photographer for nearly 30 years; he started his work in 1983 in Iran and later studied photography in France. Molavi has received three photography awards to date, and had several exhibitions to date in France and Italy. 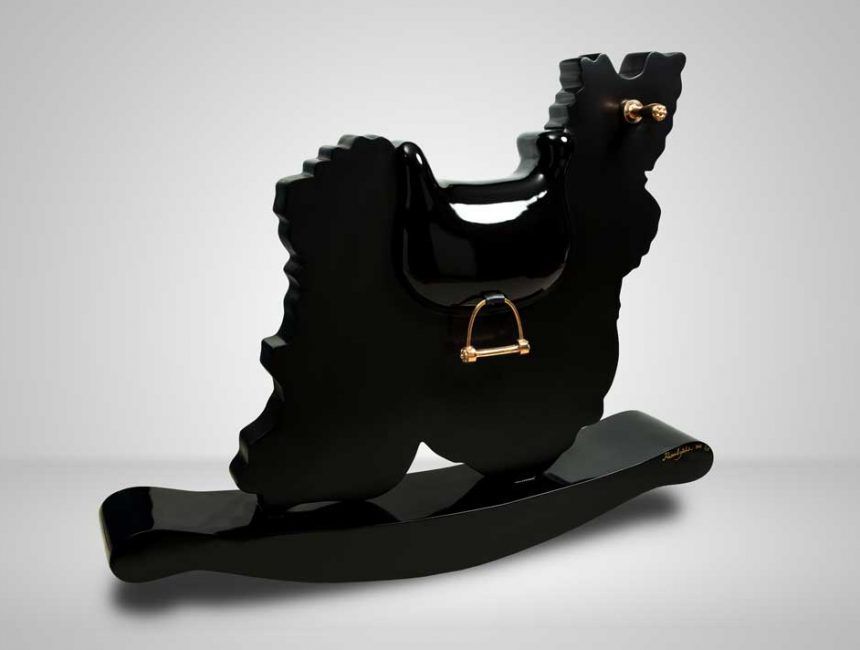