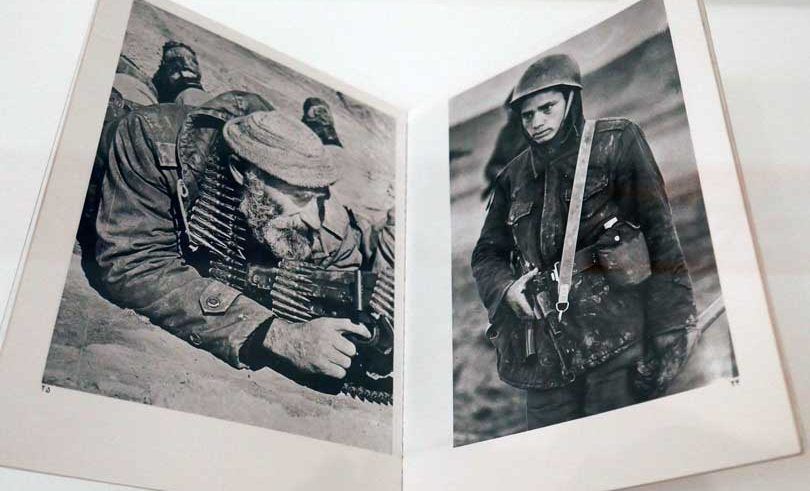 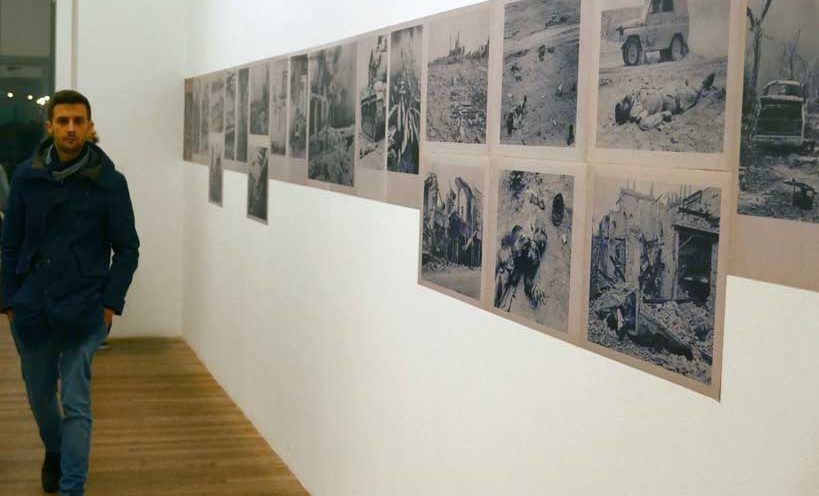 A new exhibition at Tate Modern showcases a vast collection of images by prominent Iranian photographers who documented the 1979 Islamic Revolution and the subsequent Iran-Iraq War.

All of the works in the exhibition are part of the collection of Martin Parr, a prominent British photojournalist.

“Iran is, without a doubt, the only Middle Eastern country that has explored and used photography to the same degree and effect as Western countries. The photographs in this show successfully capture the events of the 1979 Islamic revolution,” said Morad Montazemi, one of the exhibition curators.

“The Islamic Republic became one of the most important producers of war films and photographs. It was able to create a national identity through the effective use of visual media. At times, it censored works by Bahman Jalali and Kaveh Golestan and others. But it also used those photographers to promote its own image.”

In the “Days of War” section of the exhibition, pages of Bahram Jalali’s photobook “Khorramshahr” are mounted individually on a wall next to each other. The book was originally published in 1982 in Tehran. Jalali is a prominent photojournalist who has documented the revolution and the war. The exhibition also includes pages of another photobook by Jalali and his wife Rana Javadi (1944- ), a well-respected photojournalist in her own right. It is titled “Days of Blood, Days of Fire.”

Jassem Ghazbanpour’s book “Tehran Under Missile Attack” chronicles the Iraqi air strikes on Tehran. Ghazbanpour, who is originally from Khuzestan province, shifted his focus from photojournalism to documenting Iranian arts and culture at the end of the war in 1988. He has published more than 40 books on the subject to date.

Also on display at Tate Modern is a collection of books, photographs and posters that were published before and after the Islamic Revolution. They include work by Seifollah Samadian, Kaveh Golestan, Maryam Zandi and Alfred Yaghobzadeh.

The exhibition’s “Days of Revolution” section includes pages from Seifollah Samadian’s book “Revolution In Pictures,” which are displayed individually and next to each other on a wall. The book also includes photographs by Parviz Zamani and Hashem Foroutan.

Another photobook on display is Maryam Zandi’s “The Revolution of 1979,” the publication of which was delayed until 2014 by the Ministry of Culture and Islamic Guidance. In an interview, Zandi said that the reason for the ministry’s refusal to issue a publication permit sooner was that the book contained a few photographs she took in 1979 of the house of the late Mohammad Mossadegh, who was prime minister from 1951 to 1953.