The Louvre Museum has just opened the first large-scale exhibition organized by a major Western museum in Iran. Held at the National Museum of Iran, “The Louvre in Tehran” traces the creation of the various collections of the Louvre — from its founding in 1793 to its most recent acquisitions.

Comprised of some 50 masterpieces from the Louvre’s various departments and from the Musée national Eugène Delacroix in Paris, this four-month-long exhibition includes monumental Egyptian, Assyrian and Roman statues, a Rembrandt drawing, a Corot landscape, and a portrait of an Ottoman Sultan.  One sculpture particularly appreciated by the Iranians is a 2,400-year-old Egyptian sphinx that weighs close to a ton and was extremely complicated to put in place.

The exhibition is the culmination of two years of work after the signing of a cultural exchange agreement between the Louvre and Iran’s Cultural Heritage, Handicrafts and Tourism Organization ICHHTO, during President Rouhani’s visit to France in January 2016.  As French Foreign Minister Jean-Yves Le Drian commented: “In the turbulent ocean of international diplomacy, cultural diplomacy is a beacon we must keep alive.” 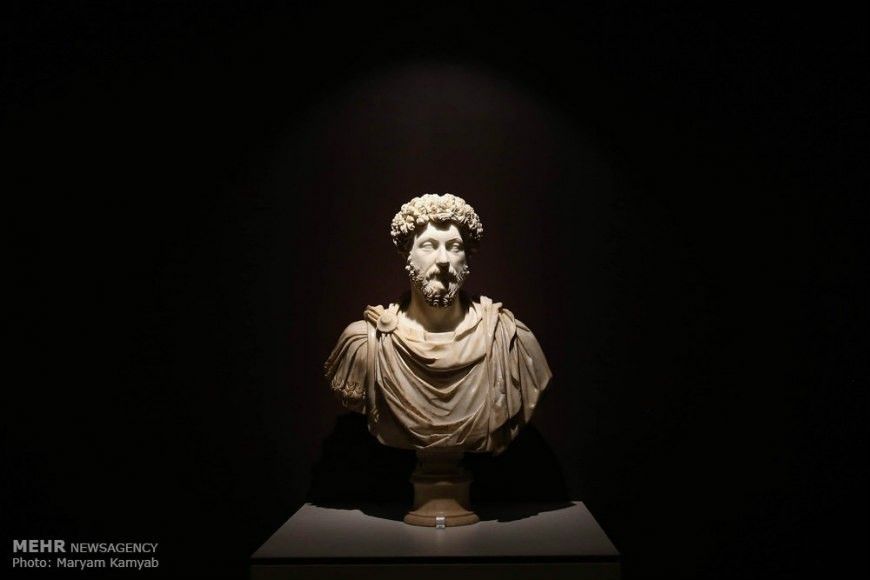 The cultural exchange will be marked later this month by the opening of The Rose Empire: Masterpieces of Persian Art from the 19th century on the Persian Qajar dynasty at the Louvre-Lens Museum in northern France.

The Louvre-Lens will be the first European institution to survey a period representing “the entry of Persia into the modern world,” said Yannick Lintz, the head of the Louvre’s Islamic department and a specialist in Persian and Central Asian cultures. Lintz, who visited Tehran in June 2015 to research loans for the Qajar show, said her initial meeting with the officials “was quite a challenge, because I wasn’t sure what kind of response I would get for an exhibition on this monarchic past.”

However, Iranian officials welcomed the idea and expressed a wish for a parallel exhibition in Tehran, accepting the proposal for The Louvre in Tehran.

The exhibition’s opening coincides with the 80th anniversary of the National Museum of Iran, established at the request of the Iranian government by the French archeologist and architect André Godard.  Godard set up the Archaeological Services of Iran, formulating policies for archeological excavations and historic preservation and restoration under the jurisdiction of the Ministry of Education and Waqfs (endowments) from 1928 to 1953 and again from 1956 to 1960.

“Relations between France and Iran are longstanding and profound, because France was a pioneer of archeological exploration here,” said the Louvre’s president, Jean-Luc Martinez.  “This completely unprecedented exhibition…allows us to make the link between this glorious moment and relations that date back to the 19th century.”

Indeed, while Britain and Russia battled for political influence in 19th century Persia, France led the way in archaeological affairs. French officials often recall that while the British were searching for oil in Iran, French teams were heading up archeological expeditions.

France’s deep cultural ties with pre-revolutionary Iran date back to 1884, when a royal Iranian decree authorized excavations at the ancient city of Susa by French archeologist Marcel Dieulafoy. Dieulafoy’s finds were shipped to France and exhibited at the Louvre in 1888.

In 1895, Nasser al-Din Shah Qajar signed a treaty granting France a 32-year monopoly on archaeological exploration in Persia.  The Délégation de Perse was then established under the French ministry of public education and fine arts, and its direction was entrusted to Jacques de Morgan.  De Morgan’s subsequent discoveries in Susa would provide the Louvre with some of its greatest masterpieces, including the Code of Hammurabi.