As you turn the corner into a dark alleyway near the Ladbroke Grove underground station in West London, a lit space comes into sight. It’s the studio of Afshin Naghouni, a visual artist who has found his niche in a converted railway arch, underneath the buzz of trains overhead.

The studio is filled with friends and art aficionados who have come for a private viewing of his latest works. With canvases hung beside paint-stained kitchen cabinets and above stacks of earlier art, the space certainly has an artistic atmosphere.

Two new series, titled The Sublime Feminine and Nostalgia, explore the female figure through abstract and figurative brush-strokes and occasional collage-work. Using a multitude of colors, mainly dark shades of pink and brown, the paintings are visually striking, and capture the attention of visitors. 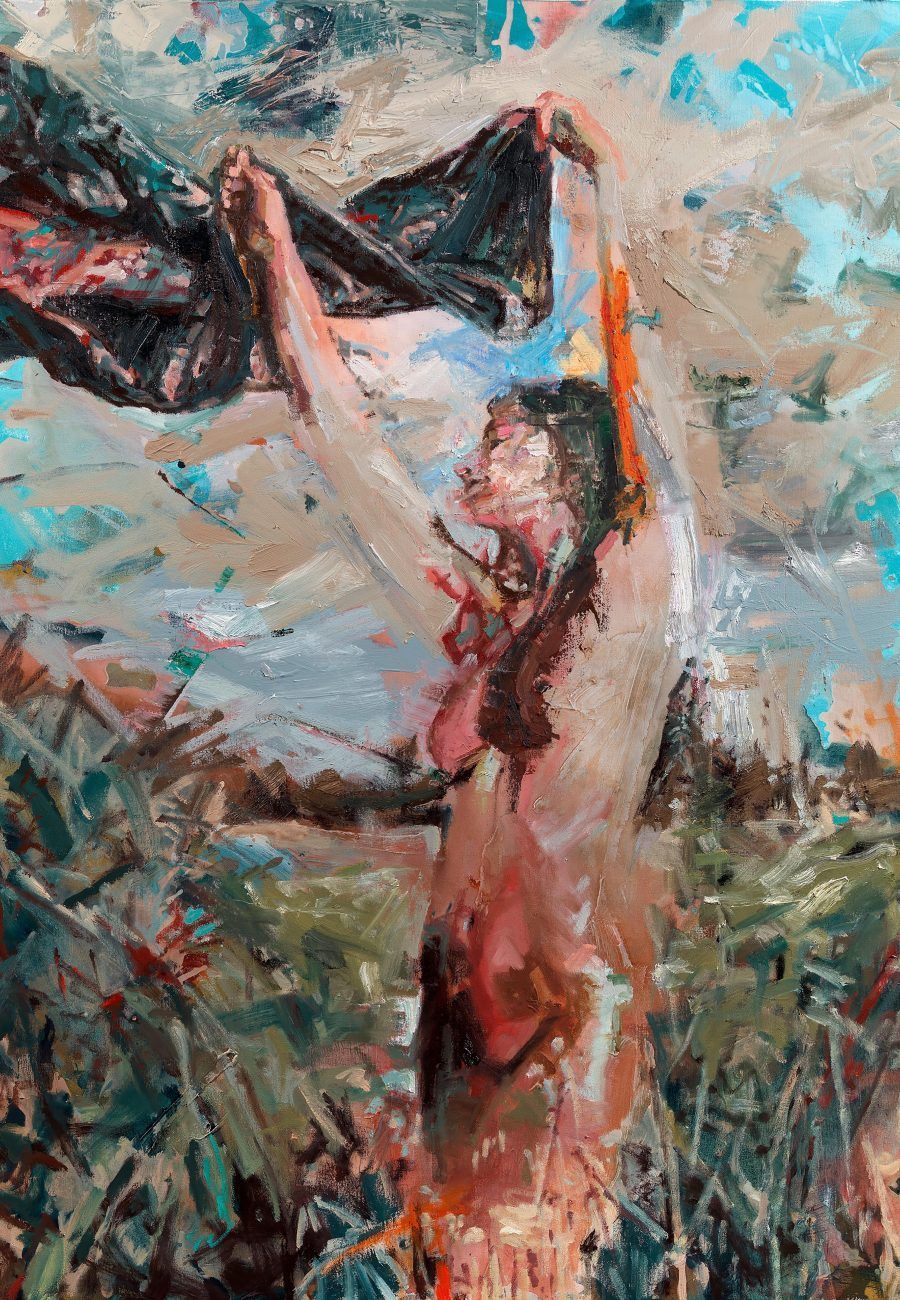 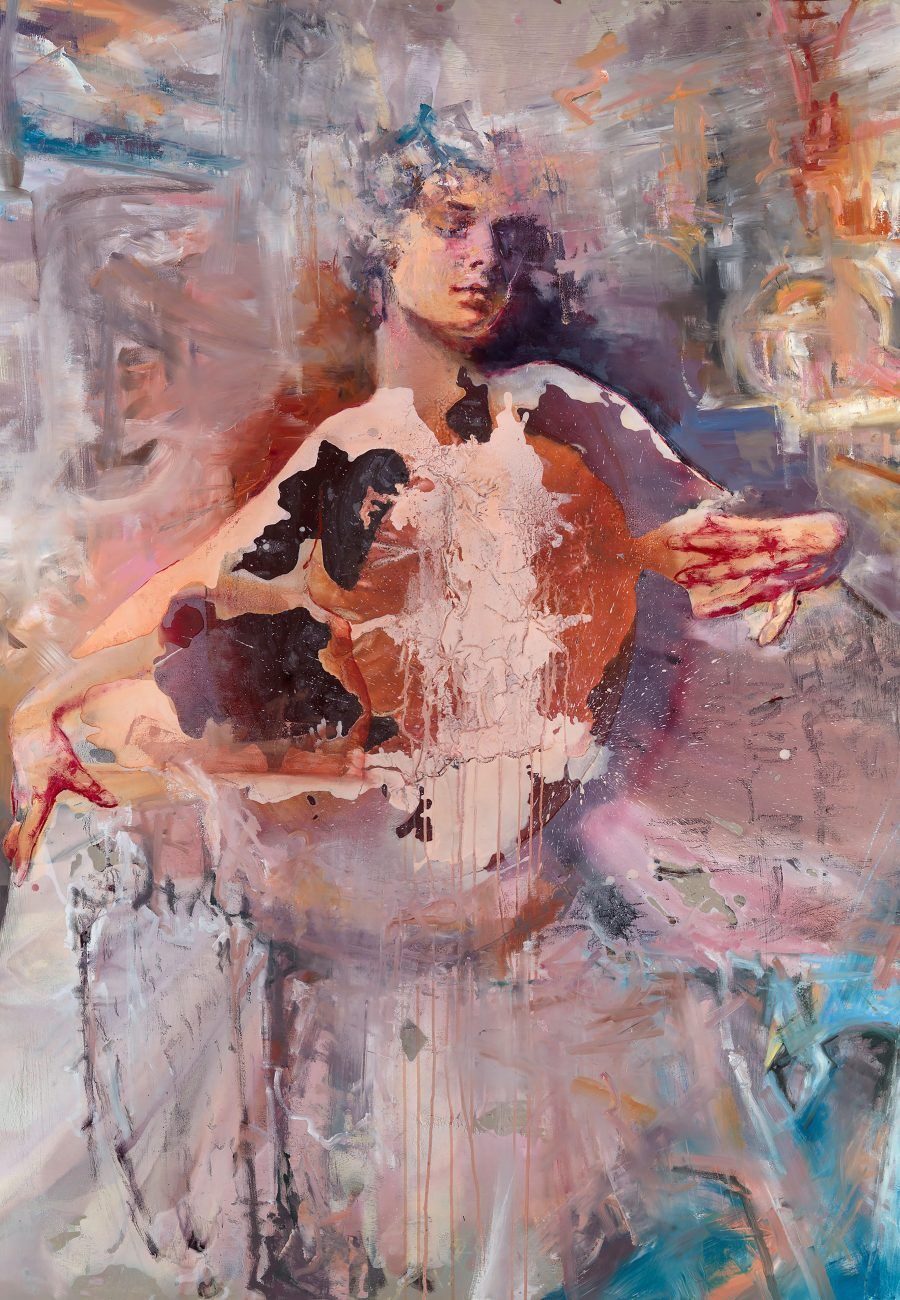 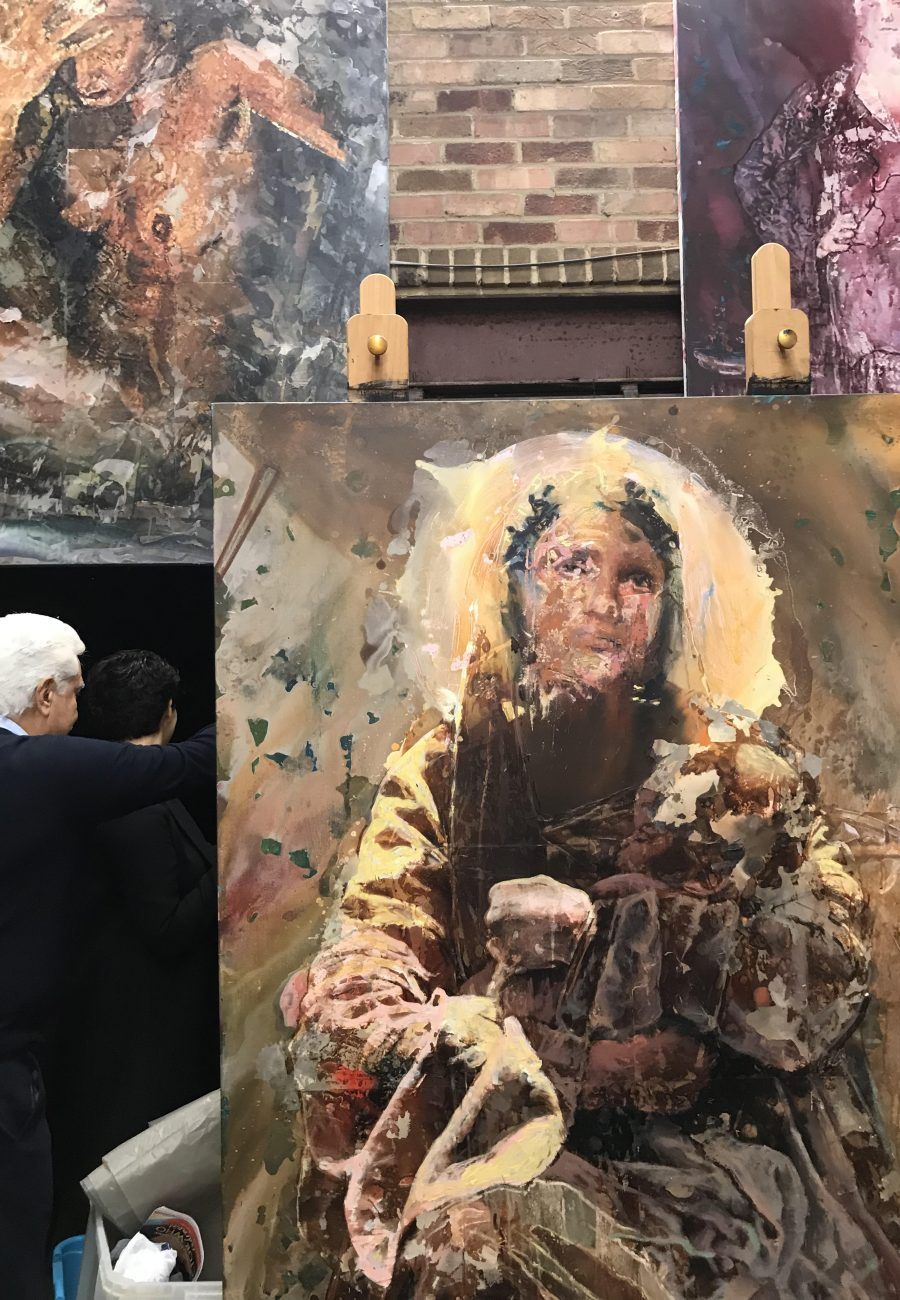 Born in southern Iran in 1969, Afshin took to painting at a young age, going on to win a number of regional and national painting competitions between the ages of nine and twelve. As documented in Shahriar Siami’s documentary Out of Focus, a life-changing incident left him with reduced mobility in his hands. Yet his determination to become a painter was undiminished.

Having settled in the U.K. with a mere £350 in his pocket, Afshin proceeded to go to art school, refining his skills and finding his voice in his work.

That voice stemmed from the idea that we, as humans, react to images and images shape our thoughts. For Afshin, the female body serves as the perfect subject, repeatedly enabling him to draw attention to this notion. In addition, he is using the female body as a tool to explore cultural clashes in modern-day Iran.

“As an Iranian, the conflicts we have with modernity and tradition are inspirational. The best subject that I get an idea from is how we look at women,” Afshin explained during a conversation at the viewing.

Afshin’s inspiration is evident in “Windswept,” part of the Sublime Feminine series, an oil and acrylic on canvas piece which depicts a carefree nude woman roaming a green, open landscape holding her dress behind her.

Technique plays an important role, too. “Parts [of the canvas] are painted very traditionally, mixed with abstract. One part you look at is really modern, and another part is traditional,” he said.

According to Afshin, his stylistic choice helps strengthen the message. In “Untitled #1,” part of the Nostalgia series, a traditional-looking woman poses nude, yet her body is covered with abstract shapes and figures.

As old and new friends mingle over glasses of wine and cocktail chips, the night slowly draws to a close as attendees make their way back through the unassuming alleyway, feeling a deep appreciation for both the works and for Afshin’s kind and inviting personality.

For more information on Afshin and his work, please visit his website below:
https://www.afshinnaghouni.com/