Iranian modern and contemporary art took center stage at Paris’s Galerie Nicolas Flamel earlier this year, as the work of 15 artists went on show in an exhibition titled “Time Machine.” The exhibition’s purpose was to showcase the talents of Iranian artists old and new, established and up-and-coming, based inside or outside Iran.

Works by well-known names such as Parviz Tanavoli, Bahman Mohassess, Leyly Matine-Daftary, and Reza Derakhshani hung beside those of (among others) Ali Akbar Sadeghi and Mohsen Fouladpour, who were showing in Paris for the first time.

“Presented alongside one another, these works are a journey through time in Iran, from its historic past to the present-day: a journey that is clearly visible in Aydin Aghdashloo’s painting ‘Survivors,'” the gallery’s director, Yassi Metghalchi, told Kayhan London. “That piece was chosen and given to us by the artist himself in response to the exhibition’s title and to the selection of works.”

Tanavoli – who is now something of a star in the West – was present with two pieces from his renowned “Heech” sculpture series. Alongside them were two of Fouladpour’s ceramic sculptures from the “Pahlavan” collection: a man and a woman from the Qajar era, and an athlete and his mother.

The late Leyly Matine-Daftary – another major figure in Iranian modern art – was represented by a loan from a private collection. “This painting, which was completed in 1988, is a very beautiful piece, and it surpassed its contemporaries in its modernity,” said Metghalchi.

The late Iranian master Bahman Mohassess was represented by “Untitled,” a painting of two fish on loan from a private collection. “The few works that remain from Bahman Mohassess have rarely been displayed in public,” Metghalchi explained.

Finally, Reza Derakhshani – another well-established Iranian artist who lives and works in the U.S. and whose works link tradition and modernity – showed an exhilarating painting titled “Migration Orange.” 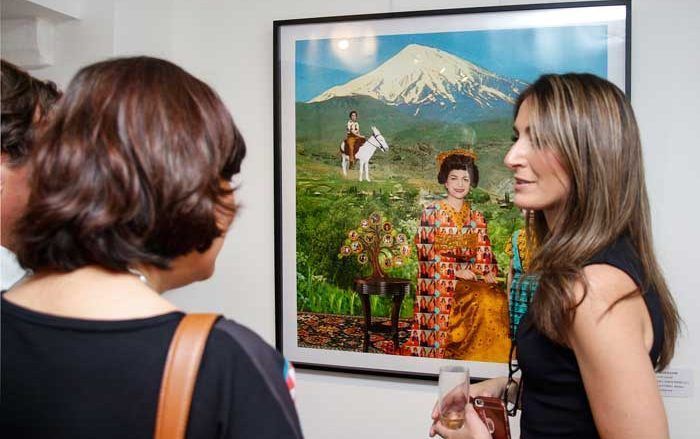 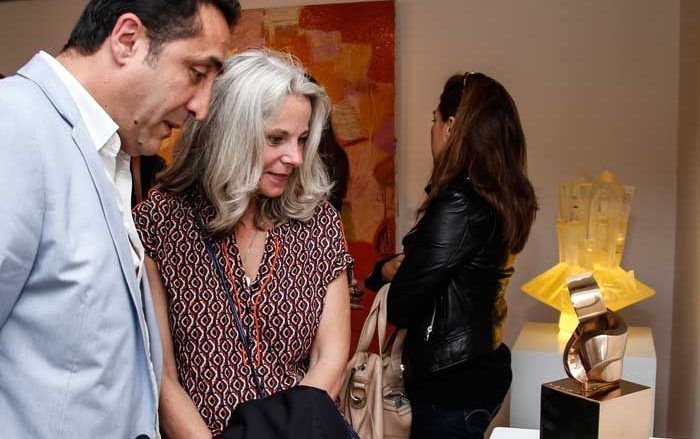 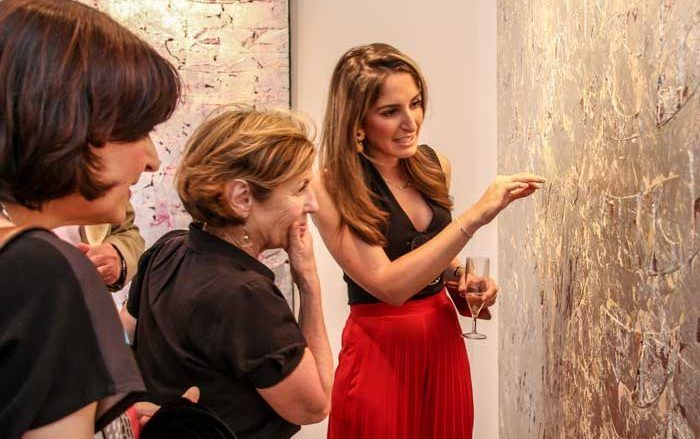 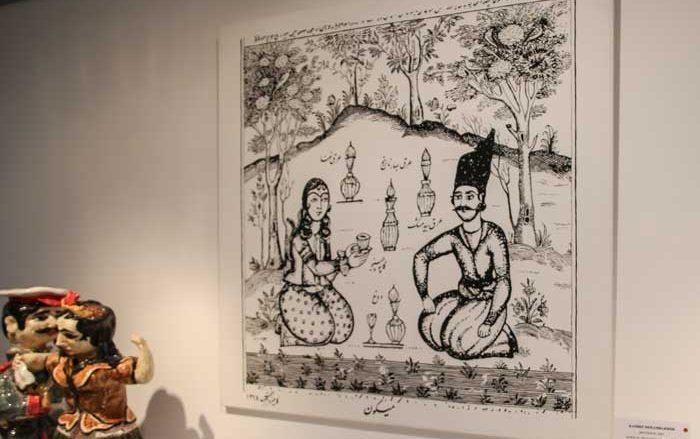 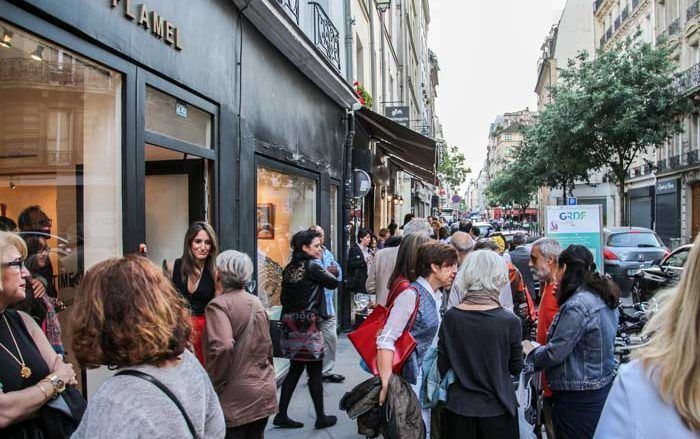 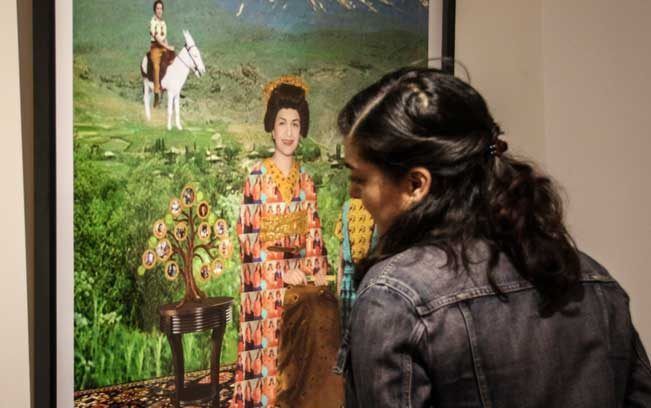