Iranian oil terminals operate between 10 and 30 percent less efficiently than similar facilities in developed countries, and there are 10 times as many oil- and gas-related incidents, according to the Oil Ministry’s director for physical assets (maintenance and repair), Alireza Asl-Arabi.

Arabi identified sub-standard safety and operating procedures as being among the main problems facing the Iranian oil industry. He said: “The life span of oil production facilities in Iran is 25 to 50 percent lower than those of developed countries.”

For many years, experts have been highlighting the substandard health and safety conditions at Iran’s oil and gas facilities, which have repeatedly caused physical injuries and financial damage. The frequency and severity of incidents at such facilities in Iran have highlighted negligence and an unwillingness on the part of authorities to adequately address these problems. 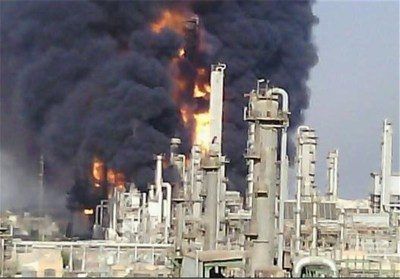 The National Iranian Oil Company’s department of health, safety and environment (HSE) launched a program in 2015 entitled “review and development of professional qualifications of HSE and fire department directors.” The training program was rolled out at two universities, and cost close to $1 million. However, it had no tangible impact on reducing incidents at oil and gas facilities.

Fire and explosions are the most common occurrences in the oil and gas industries. Most explosions are caused by the presence of hydrocarbon-based fuels, flammable solvents and other fire accelerants. There have been numerous incidents of that nature in Iran in recent years.

Most activities at oil and gas terminals, plants and refineries take place in confined spaces such as pipelines, mechanical silos and warehouses. Concussions, falls, and equipment-related injuries are the most common accidents suffered by workers at oil and gas production plants.

Another source of concern are the hazardous roads to and from oil installations, which create dangerous driving conditions and cause many accidents.

Ageing, dilapidated facilities and equipment are the source of major health and safety concerns. Many oil installation and terminals have passed their sell-by date. They are simply neglected, and no serious attempt is made to repair and upgrade them in line with modern industry standards.