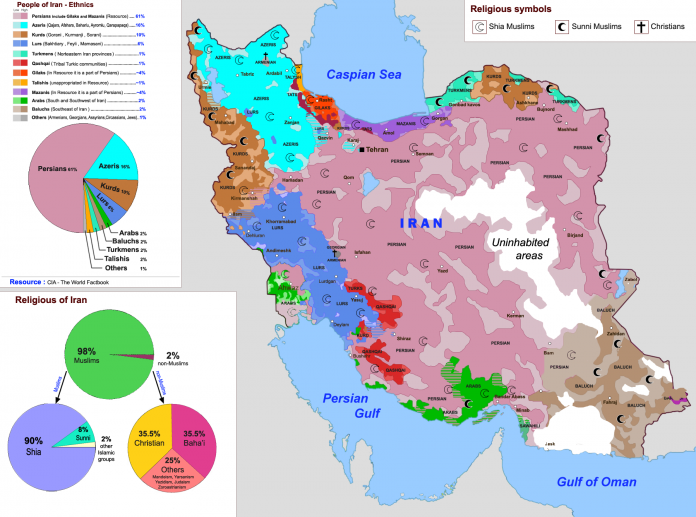 Iran’s religious minorities are already treated like second-class citizens, but observers of the situation anticipate that a new vote could further erode their standing.

Iran is a diverse nation and a multi-faceted civilization that stretches back millennia.  Few countries in the world boast such history and pluralistic traditions. Among all the countries in the world, Iran’s ancient king, Cyrus the Great is credited with the first codified approach in the protection of minorities and valuing human rights.

Since the revolution brought the Islamic Republic to power in 1979, Iran has claimed to respect and honor the nation’s religious minorities. However, women along with religious minorities have systematically been deprived of equal rights and representation in government due to the country’s constitution.  The Islamic Revolution enshrined into law a series of provisions that forbid non-Shiite Muslims from participating fully in integral aspects of government including the Presidency (Article 115), Commander of the Army (Article 144), and judgeships (Article 163).

This systematic discrimination extends to provisions of the country’s Penal Code. It literally devalues them, by reducing their compensation for grievances, inheritance (Articles 207-210) and even in their personal witness testimonies (Article 300).  Unrecognized religious minorities such as Baha’is are categorically deprived of most rights under the Constitution and Penal Code, complicating matters even further.

But with the anticipated vote of the Expediency Council, there could be changes to the electoral system, imposing stiff restrictions that will further constrain religious minorities and limit their participation in the country’s local elections.  This development follows a recommendation by hardliner Ali Larijani, the Speaker of Iranian Parliament to change Iran’s electoral law specifically to exclude non-Shia religious minorities. Although President Hassan Rouhani, in his reform position has criticized this exclusionary practice, efforts to promote fairness in the election of minority candidates have been dismal and unsuccessful.  This lack of leadership and action in the face of evident injustice in the electoral system is another reminder of the inadequacies and ineptness of the reform movement in Iran.

Proposed changes by Mr. Larijani could limit members of minorities to vote exclusively for candidates representing their respective religious groups. This would mean that in a nation with a population of nearly 80 million where the overwhelming majority is Shia Muslim, Christians, Jews and Zoroastrians (implicitly other non-recognized minorities) could only vote for candidates representing their religions in local council elections. Further, an Iranian candidate who happens to identify as a religious minority would only be allowed to receive votes from voters belonging to the candidate’s own religious group, thereby foreclosing access to voters from the broader population.

Existing laws require that any candidate running for office must register and obtain approval from the Guardian Council. The Council is a body of twelve men, six clerics and six judges, all designated by the Supreme Leader. Among other filtering functions such as regulating the media, the Council evaluates prospective candidate’s “moral” qualifications and allegiance to the Islamic Republic prior to approval.

But even after demonstrating appropriate qualifications and undergoing stringent reviews, a candidate can still be disqualified and deposed from office after their election. For example, in November, the Guardian Council suspended a Zoroastrian economist, Sepanta Niknam, following his re-election as council member in Yazd (a city known for its Zoroastrian temples). In discharging him, Ayatollah Ahmad Jannati, Chairman of the Guardian Council claimed that, “a non-Muslim is not qualified to rule over Muslims.”

“a non-Muslim is not qualified to rule over Muslims.”

Affirming this view, Ayatollah Mohammad Yazdi, a member of the Guardian Council, cited the Constitution and publicly declared that religious minorities, “can express their opinions” but, “shall not make decisions” for a Muslim majority constituency. He further affirmed that this provision is “legal, definitive and irrevocable” and that “whoever seeks to overturn the law, is in fact opposing the principle of the Islamic Republic of Iran.”

Niknam’s expulsion has raised raised the level of anxiety domestically but has also alarmed the international community of a possible institutionalized “apartheid” system imposed on minorities. Challenging these provisions will likely be countered with strong government action and theatrical battles between the hardliners and the reformists.

There is a word for a country that uses the law to promote supremacy of one sect and debase another to second-class status simply due to their religion or race.  We call it apartheid.