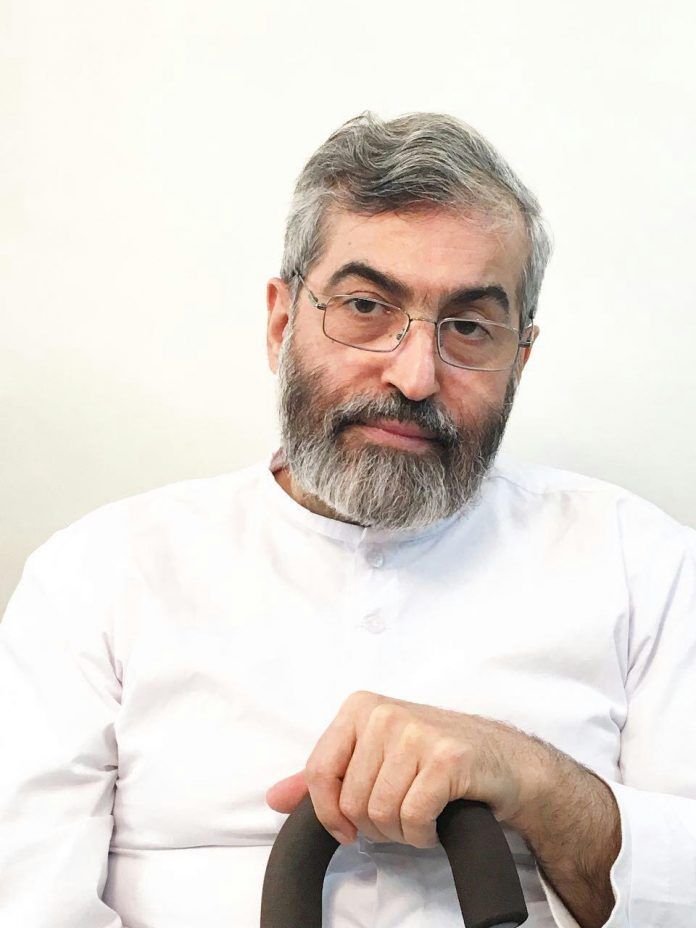 Hossein Boroujerdi, known as Iran’s Mandela, has many supporters in Iran. He advocates for religious freedom and unity, gender equality and the abolishing of executions, torture, and political prisons in Iran.

Since the inception of the Islamic regime in Iran, Boroujerdi has called for separation of religion and state. In protest to financial gain from religious practices and corruptions by Iran’s clerics and its Islamic government, Boroujerdi removed the titles of” Ayatollah” and “Seyyed” from his name and also stripped himself of  his religious garment. He is also opposed to political Islam and the rule of Velayet-e-Faqih in Iran (Islamic custodianship over people); he has condemned anti-Semitism and revealed the Islamic regime of Iran’s support of terrorism.

In 2006, Boroujerdi was convicted of ambiguous charges such as “waging war against God, advocating for religious freedom and the protection of minorities in Iran” and was sentenced to execution by the Islamic regime. However, due to international pressure, Iran’s government had no choice but changing the judgment to enduring 11 years in Iran’s most notorious prison, Evin. During his unjustified prison term, Mr Boroujerdi endured various forms of physical and psychological torture and was denied adequate medical treatment despite his deteriorating health conditions. There were also several attempts to kill him in prison.

In September 2014, Iran’s Crown Prince in exile, Reza Pahlavi sent a letter to Ban-Ki Moon, former Secretary General of the United Nations and asked for urgent actions to prevent Boroujerdi’s execution and to facilitate his immediate release along with the release of his followers from prison and called Boroujerdi “a vocal advocate of secularism and Human rights”.

Nineteen months after temporary release of Boroujerdi from prison, the founder of “Monotheism without Borders”, who is now under house arrest, it is necessary to review his situation.

According to a recent report published by Boroujerdi’s representatives, he is under house arrest, banned from receiving visitors, teaching, access to the Internet, and any media interviews and his civil rights have been entirely violated.

On the occasion of Boroujerdi’s 60th birthday, Irwin Cotler, former Canadian minister of Justice who is one of world’s foremost advocates for human rights and the Chair of the Raoul Wallenberg Centre for Human Rights, tweeted: “Today is the 60th birthday of Ayatollah Boroujerdi, a courageous hero unjustly imprisoned for over 11 years for advocating religious freedom & the protection of minorities. Denying him medical care is a form of passive execution. Today and always, we stand in solidarity with you.”

The United Nations, Human Rights Watch, the International community including western politicians, mainstream media and Iran’s opposition groups abroad should show support for the plight of Mr. Boroujerdi and advocate for his basic human rights.