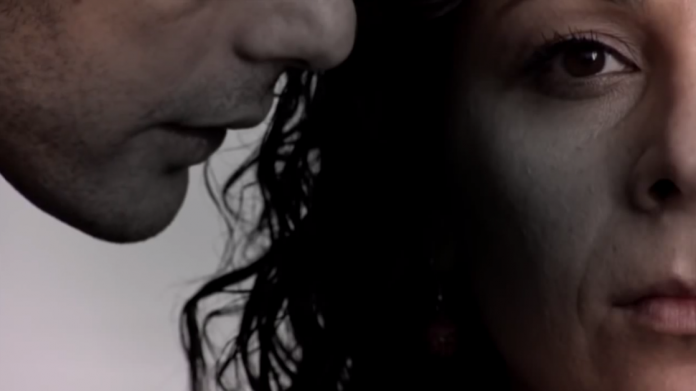 Living a principled life has many challenges. Fitting in a community and a sense of belonging without having to change, or be questioned or shamed is what most people desire.

Unfortunately there are societies around the world that put higher value on males than females, and for that reason, there are people who try to find solutions that shield them from gender based discrimination rather than confronting it. In Iran, for example, there are women who dress up as men to avoid a myriad of discriminatory treatments they would receive as women as encoded in Iran’s Sharia based legal system. In 1979 after the conception of the Islamic Revolution, Sharia Law was placed above all other laws in Iran. As a result, the political and social status of women deteriorated.

Many of the rights that Iranian women had gained before the 1979 revolution, were systematically abolished through legislation in an attempt to encourage them to stay at home. To fight back, Iranian women started to participate in rallies, protests, and sit-ins; they lobbied legislators and resist discriminatory laws or discriminatory actions against them. One of the discriminatory acts of the totalitarian regime against the Iranian women is that women are banned from entering stadiums and will get arrested at the entrance. Women are not legally prohibited from entering stadiums to watch male athletic events in Iran but the ban has been an unofficial policy of the regime since the inception of the Islamic revolution. This ban applies to all ages of the female population. A video on YouTube shows a little girl is crying for not being permitted to attend the stadium with her father. To challenge the discriminatory practices and laws, Iranian women disguise themselves as men, don wigs and fake facial hair, and some even cut their hair. In an interview with the New York Times, Iranian actress Golshifteh Farahani discussed her own act of rebellion against gender discrimination in Iran. At 16 she had taped down her breasts, shaved her head and dressed in male clothing.

Such discriminatory acts are also practiced in parts of Balkan countries. There are virgins who take a vow of chastity. They wear male clothing and live as men. Lack of gender equality and recognizing women’s rights contribute to this. In areas located in Kosovo, Macedonia, and Northern Albania, women are not allowed to participate in local elections, cannot enter establishments, cannot buy land or apply for and hold any jobs. Such practices are called the Kanun, and are usually not based on religion but rooted in traditions. Families who have daughters seek ways to cope with such traditions.

A similar practice of girls dressing as boys can be found in Afghanistan. Afghanistan, a country where majority of its people are practicing Muslims, was torn by civil war and loss of male population. Although the country is trying to find its way back to a time when women and men freely roamed around the streets and enjoyed life, centuries old tradition of girls being raised as boys has had a comeback. The girls known as Bacha Posh, meaning dressed as a boy in Dari, enjoy the freedom men experience in Afghanistan’s patriarchal society. This can advance or secure a family’s place if they do not have a son so that the child can carry the responsibilities the boys have within the family and the community. Problems however may arise once the girl reaches the age of puberty.

Gender discrimination can impact the cognitive growth and self-worth of the female populations in countries and societies where laws or traditions are not supportive of gender equality. Its effect can last over generations as phenomena like Bacha Posh admit the inequities and do short cuts rather than addressing the problem. Caregivers and in the case of Bacha Posh, parents’ responsibility should be focused on the child’s best interest rather than what the traditions dictate. The pain of disconnection to one’s gender is much greater than experiencing financial hardships a family may experience for not having a son.

According to the United Nations statistics, millions of children especially in countries with low-income or middle-income do not meet the targets for the sustainable development goals. Another research conducted by UNICEF indicates that many children around the world do not reach their developmental potential for several reasons including lack of psychosocial care.

Sworn virgins and Bacha Posh should be treated as aberrations and instead the countries where these traditions are practiced by some communities need to address the cause of the problem, educate the populations where the tradition is practiced, and bring gender equality and women’s rights to the forefront of their government strategies and legal system. As for Iran, the country’s population are fighting to bring the country a secular democracy that safeguards each Iranian’s human rights including those of women’s.