Born in the United States to Iranian parents, the Dubai-based gallerist Sunny Rahbar co-founded her gallery, The Third Line, back in 2005, when the Emirati city was beginning to develop a contemporary-art scene.

Among them are established and emerging artists of Iranian origin, such as Farhad Moshiri, Nima Nabavi, Pouran Jinchi, Ala Ebtekar, and the prominent modernist Monir Farmanfarmaian, who passed away last year in Tehran. These artists work in a variety of mediums and incorporate elements of their rich cultural heritage, such as calligraphy and Islamic geometry, in their visual language.

With lockdown restrictions now easing in Dubai,  The Third Line has opened to visitors by appointment.

The following is an exclusive Kayhan Life interview with Rahbar, who recalls her creation of the gallery and describes how it has been affected by the pandemic.

I once heard that the gallery’s name ‘The Third Line’ was inspired by the Persian poet Rumi. Is this true?

It is. It’s the title of one of his quatrains, or short poems, titled “The Third Line,” which in Farsi is Khate Sevom. The poem itself is about reading between the lines, reading the words that aren’t on the page, and the unknown.

We are three partners at the gallery, and we spent a lot of time trying to find a name. My father called me one day, 15 years ago, and he told me about Rumi’s poem. We liked the meaning of the poem, as we were starting something new – working with Middle Eastern artists – and we didn’t know how it would unfold.

This year marks the 15th anniversary of opening The Third Line. Looking back, what was your vision at the time when you set up the gallery?

I’m Iranian and I grew up in Dubai. I had gone away to study art and was already curious before I came back from New York as to why there was so little representation of Middle Eastern artists in the West. I was going to galleries and shows, and there were very few Iranian or Arab artists being shown. When I came back to Dubai, I thought this was the place to set up a platform, because Dubai was this great, safe, and centrally located hub for both the East and the West.

We never really felt that we were just going to be putting pictures on the wall and selling them. We realized 15 years ago that Dubai, at the time, hardly had any galleries or contemporary art museums, and that there weren’t many collectors that we knew of. There was no market, necessarily. If we were going to open a space, it had to be quite dynamic, and function as a place for learning. We had to educate a lot as well. We did a lot of programming – film screenings, artist talks, a book club – to complement the actual exhibitions.

How has the gallery been affected by the pandemic?

We have definitely been affected financially, much like probably all the galleries in the world. What people don’t realize is that although we do, in some cases, have artists that sell for quite significant sums of money, galleries are often spending a lot of money also on promoting, art fairs, and traveling. It’s expensive to run a gallery, and you need to be selling all the time. We plan everything, like exhibitions, ahead of time. When the coronavirus happened, we were going to do Art Basel Hong Kong and Art Dubai, two major revenue streams for us, but they got cancelled.

We have all gone into a mode of survival. Now, it’s just about how to continue to promote our artists and try to sell their works in this new environment, using the tools that we have available, like the Internet, Instagram and our website, which we are going to fix up a little bit. If you’re not online, you might as well close.

We’ve had to make changes to the business and we were very lucky that Alserkal gave us all a three-month waiver on our rent, which is great and very helpful. I have to say there have been some really great collectors who reached out to help.

In terms of the Iranian artists at the gallery, who are their buyers and collectors?

The Iranian artists are supported mostly by Iranian collectors, but not exclusively. It depends. Artists like Farhad Moshiri and Monir Farmanfarmaian have collectors from all over the world. The Guggenheim, Tate Modern and the Metropolitan Museum, for example, have collected mirror works by Monir.

Unfortunately, the situation in Iran has not been great, even before the pandemic. So that was already affecting the Iranian art market. More recently, some Iranian collectors were not collecting as much. They can’t transfer money out of or into Iran, so that’s also problematic.

Are collectors currently expressing interest in buying their artworks?

Understandably, in the few first few months of the pandemic, there was a slowdown in sales of artworks. However, I feel that people are starting to look at and buy art again. I feel that people will spend more consciously as a result of this pandemic, and focus on things that have an intrinsic value, including art.

How are artists in Iran coping with the pandemic? Are they able to produce art in this ongoing crisis?

The artists I work with still have their studios and are still able to produce art. But it’s almost impossible to get that art out at the moment. Shipping was already difficult because of sanctions. It was always a struggle to get things out of and in Iran.

You have to keep in mind that a lot of artists in Iran don’t have bank accounts outside. So how are they going to get paid, and how do you get the money to them? You can’t send money to Iran. Iran does have its own internal market, and I imagine galleries there are also struggling, as we all are.

In your view, how easy do you think will it be for the Iranian art market to rebound after the pandemic?

For the Iranian art market, especially, if these sanctions are not lifted, then that is the issue. The market there is not enough to sustain the production of many artists there. I don’t want to sound bleak about this, but it’s tough. I think it’s not going to be an easy rebound, not just for the Iranian art market but for all of us.

You can now explore The Third Line’s latest exhibition, “There is Fiction in the Space Between”, through a virtual tour: https://www.alserkal.online/the-third-line 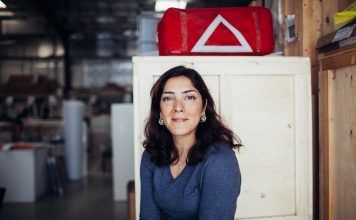 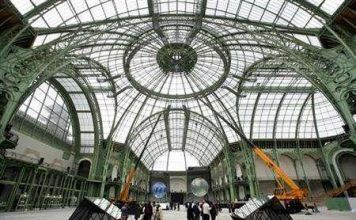