On January 20th, Joe Biden took office as the 46th President of the United States. With Iran as a top priority, the Biden administration plans — in its first 100 days — to hold talks with world leaders ahead of efforts to rejoin the 2015 Iran nuclear deal, orJoint Comprehensive Plan of Action.

What will U.S. foreign policy towards Iran look like under Biden? What are the challenges? Are there reasons to be hopeful? Nazenin Ansari explores these topics and more with experts from inside the beltway.

Alex Vatanka is the Director of the Iran Program at the Middle East Institute in Washington. He specializes in Middle Eastern regional security affairs, and is also an author. Later this year, he will release “The Battle of the Ayatollahs in Iran: The United States, Foreign Policy and Political Rivalry Since 1979.” He is now working on a new book titled “Iran’s Arab Strategy: Defending the Homeland or Exporting Khomeinism?”

Alireza Nader is a Senior Fellow focusing on Iran and U.S. policy in the Middle East at the Foundation for Defense of Democracies. Before joining FDD, Alireza was a senior researcher at the RAND Corporation, where he authored numerous reports and studies on Iran, the Middle East, and U.S. strategy. Throughout his career, Alireza has advised the U.S. government on Iran.

Mariam Memarsadeghi is a leading advocate for a democratic Iran. A co-founder of Tavaana: E-Learning Institute for Iranian Civil Society, she previously directed the Middle East & North Africa division at Freedom House. She worked for nearly three years in the Balkan region for the International Rescue Committee and the International Organization for Migration.

Cameron Khansarinia is Policy Director at the National Union for Democracy in Iran, a nonpartisan, nonprofit organization of Iranian-Americans raising awareness about Iran’s freedom movement. 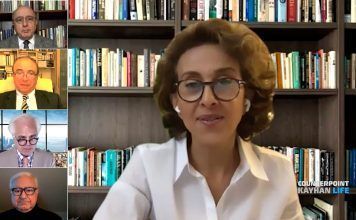 Iran CounterPoint: Biden’s Victory and the Next 10 Weeks — What It Means for Iran 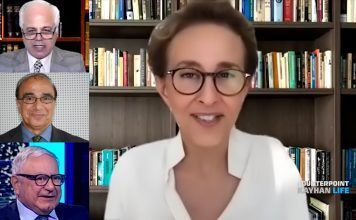